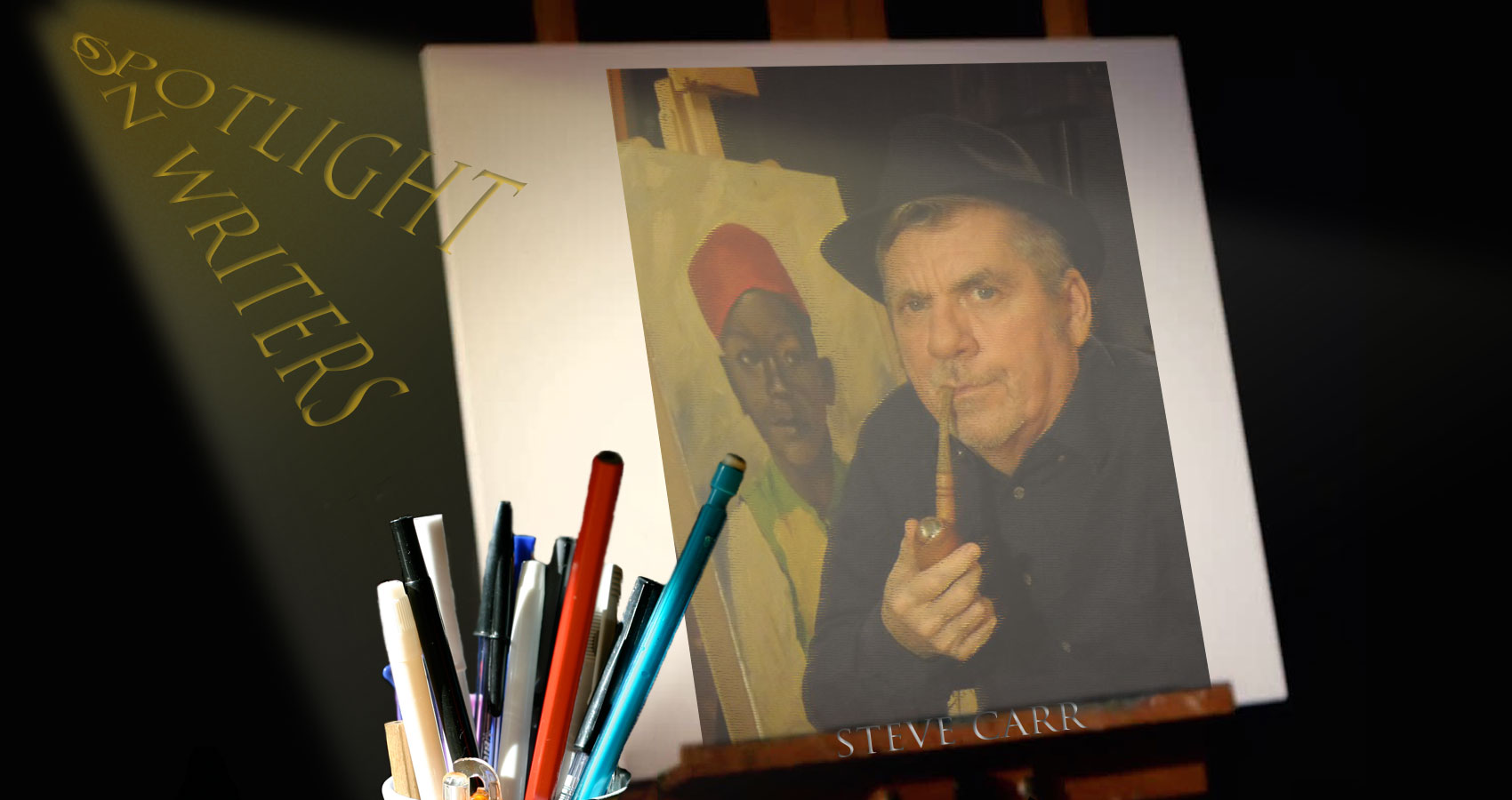 Originally, Cincinnati, Ohio. I’ve been to 48 of the 50 United States and to Canada, Mexico, the Bahamas, the Azores and Europe and lived for a short time in a lot of those places. I now live in Richmond, VA. I use a number of those locations repeatedly as backdrops for my stories, especially South Dakota and the Yucatan island, Isla Mujeres. I’m drawn to wide open spaces as well as the almost claustrophobic and dirty environment of the inner city.

It’s so close to so many amazing things: the ocean, the Blue Ridge Mountains, Civil War historic sites, Washington, D.C., etc. The best thing about Richmond is the James River that flows through it. The walking and bike paths alongside it are terrific and taking an inner tube ride down the river never grows old. There are so many places that offer much greater things, but at least here the housing is affordable, the people are friendly, the politics moderate, and the seasons are lovely.

For me, the problem is turning the creativity off. I’ve always had a very active imagination. I don’t remember this, of course, but my mother told me that when I was a pre-schooler I would make up complete stories after seeing something that caught my eye. I think I was an unusual kid. I spent weekends wandering the Cincinnati Art museum, awestruck by the paintings. If I had any artistic skill I’d be a painter. I have a DVD movie collection of over 2000 titles, from all genres, and all eras and from a number of countries. My writing is often called “cinematic,” which doesn’t surprise me at all. I’m a visual learner and it is often what I see, an image, that inspires me. Practically anything can be a prompt for a story.

Oh carbuncle, if only you were as funny as you sound, but alas you’re funny in my head, but not on my foot.

Zealotry. It’s not only a pet peeve, it’s a major peeve. There are a thousand things we should all be concerned about, like climate change, and racism, and world hunger, so when someone starts preaching to me about their “ideas and beliefs” instead of confronting the real issues, I go ballistic.

My chameleon nature. I adapt quickly to almost any environment. I grew up poor, spent 7 years in the military, 3 in the Army, 4 in the Navy, went to college, and traveled some of the world. I’ve mixed with and lived among the very poor, including the Sioux Indians from the Pine Ridge Reservation, and the very wealthy (whose names I can’t mention, for obvious reasons). There are groups I don’t mix well with (see above: zealots) but in general, if you’re a human, you and I will probably like one another. If you’re not a human, but an animal of any kind, I’m going to love you, try to protect you, and expect nothing in return, except hopefully that you don’t bite me.