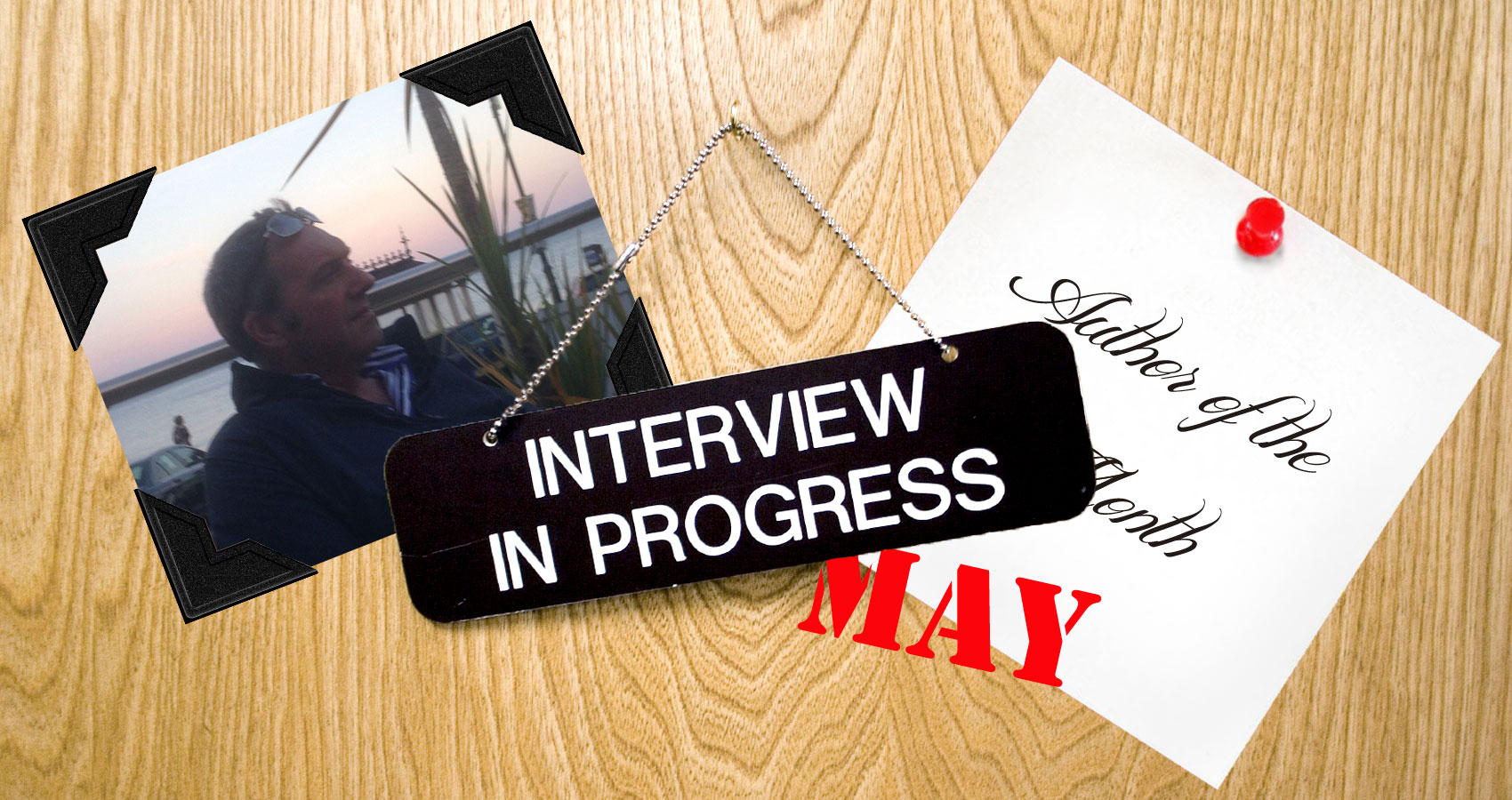 We offer our first and exclusive Q&A Interview with Ricky Hawthorne, a writer whose literary works have been featured on our Spillwords pages as well as being Author of the Month of May 2019.

Honestly? Astonished would be a good word. Humbling – another. For the future, it provides a certain confidence that you must be doing something right.

Anything I write must have some familial/community influence as it would be impossible to write within a bubble and hope to have any significance to events whether they be historical, current or futuristic.

Impossible to say. It may be an image, something on a street, part of a novel, something someone has said but it provokes an idea, a link. I wrote a war poem called Carpet Bombing which was based around a disgruntled office cleaner and doesn’t mention war once. It’s difficult to pin a genre down on what I write with film scripts and teleplays. There is always an element, regardless of how grounded the narrative seems, of the ethereal. Something that is beyond us. I would always argue that having some kind of magic in your story doesn’t necessarily mean it’s not realistic.

‘Life on Mars’ by David Bowie. I think I wrote my first lyrics after I heard that song.

If an idea hits me I try to jot it down as soon as I can as often as not the impetus may lead to other ideas within the original premise. If I can I will produce a first draft which will outline the narrative around the theme, and then hope to improve on the tone, words, timbre with later drafts. If I can’t I tend to leave it alone and revisit over the following days. I now take my time over the completion of a poem as often as not when I look at my earlier poetry it comes across as rushed and it can be difficult to improve having lost the original spark that provoked it. With scripts, I tend to write very differently. My first film screenplay was worked out as a film inside my head before I wrote a word of dialogue. Now if I have an idea, I will work it through visually in my head with only basic dialogue until I have an opening. I would then write out the first scenes. The current script I am working on is almost like a hybrid of ‘Heaven Can Wait’ and ‘Groundhog Day’. The first section is written and was done very quickly and I know how I want to finish but the middle development section I am struggling with. So I have a beginning and an end but no middle which would never happen if I were writing poetry or short stories.

This is probably the most difficult to answer. When you are inspired to write you do so. I could not write to a formula or for plaudits etc. You write for writing’s sake and whatever truth you believe needs to be told.

It does, particularly when the image you are describing may not be the one necessarily apparent in the first few lines. The first line of my most recent poem ‘Cider Fruit’ would lead one into thinking I am describing an apple but am clearly not by the end of the poem.

Don’t really have one although I haven’t read a lot of sci-fi. ‘Catch 22’ remains my favourite book with chapter 18 ‘The Soldier Who Saw Everything Twice’ containing everything in the world.

Artistic heroes – Beethoven and Seamus Heaney, Human heroes – my wife and my mother.

My undying thanks. It is a privilege to be part of this wonderful community; to read so many wonderful stories and poems and in turn be inspired by their works.

I really would like some black type against my name as a screenwriter. It is the hardest market to break but to see characters you created live and breathe on film would be amazing.

Let’s all keep writing and keep the community alive. Let’s continue to inspire each other. If you have something to say, express it, share it, revisit it, improve it. Keep reading – that’s the key.

Thanks again to you all at Spillwords
(as Vinny Jones would say ‘It’s been emotional’!)