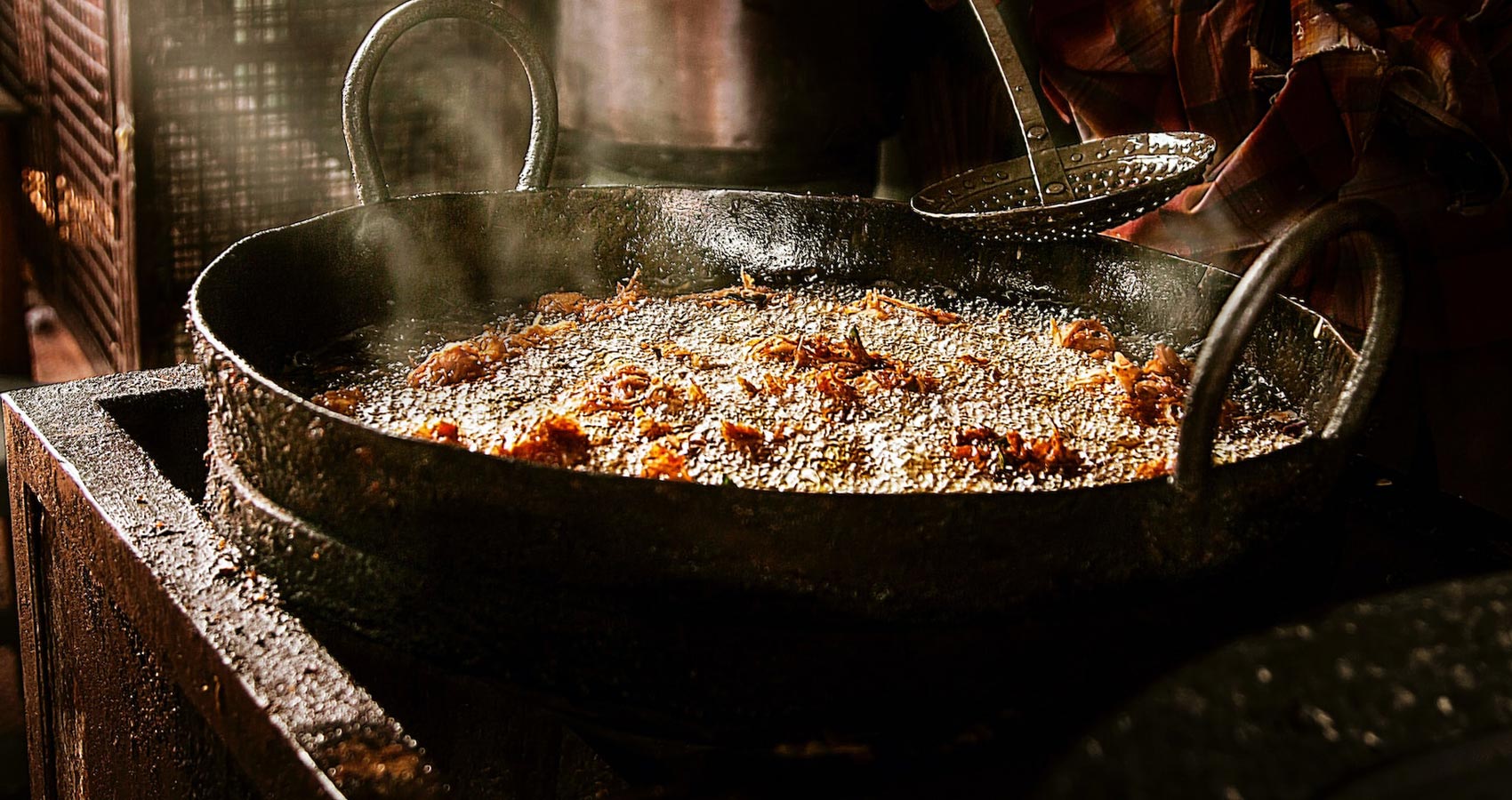 The first time I tried to cook, I stared at my fingers
Then, I conjured Amma up- she in her starched cotton sari
Sitting on the kottemane her sari raised to the knee
Her legs parted on either side of the oralu kallu*

Mamma cooked well
But I liked Amma’s better
So what if she made only the local cuisine
Unlike Mamma, who could whip up a multicuisine feast at the drop of a hat.

Mamma never let me in; she told me I got in the way
But Amma, she let me watch her.
As she conjured up a meal
She looked like she were dancing-

the way she emptied a plate full of grated coconut
in to the well of the grinding stone; the way her wrist moved,
as she wielded the pestle – round and round
It looked like the earth spinning on its axis,

and the way she daintily picked the dried, red chilies
in hamsaasya hasta mudra**
How many? I would ask her
‘Six or seven’ she’d say, dropping them into the granite womb

On the bed of white coconut
Then came the golden beads of coriander
‘Eshtu***, Amma?’ I’d ask
‘Ishtu****,’ she’d reply, pointing to her fist,

A network of plump veins showing through her gossamer skin
The seeds fell like drops of rain in the basin
along with half an onion, two garlic pods, a finger of ginger,
a bark of turmeric and a pebble of tamarind.

Then came the secret ingredient; she swore by it
It rested in a white ceramic jar in the corner
‘This,’ she’d say, ‘does the magic.’
And pull out its contents in the cup of her palm;

and wave it with the flourish of a magician under my nose-
pearls of roasted mustard seeds, peppercorn, fenugreek and cumin,
before sprinkling it into the crater.
Crunch, grind, squelch

The pestle gyrated fluidly in her hand.
And I’d watch in awe, the spices transform
into a smooth, flaming orange paste
‘It’s your hands that have the magic, Amma’ I’d say

‘Mine can never be as good.’
And she’d reply, in her confident, quiet way,
letting the pestle rest on the edge of the stone
while she scooped out the ground masala with a sweep

‘Yours will too. You’ll see.
The whorls on your fingers are like mine.’

After being in banking for 20 years, I had to leave and move countries due to personal reasons. That is when I took up writing again. I had always written but the writing remained in my diaries. In 2016, I shared my writing with the world through my blog - PENNINGS…ONE WOMAN'S JOURNEY. My debut book of poetry 'Roads - A Journey with Verses' only just got published on July 5th 2019. I'm enjoying this new chapter in my life with writing forming the crux. I hope to write a novel some day and more poetry.

Latest posts by SmithaV (see all)