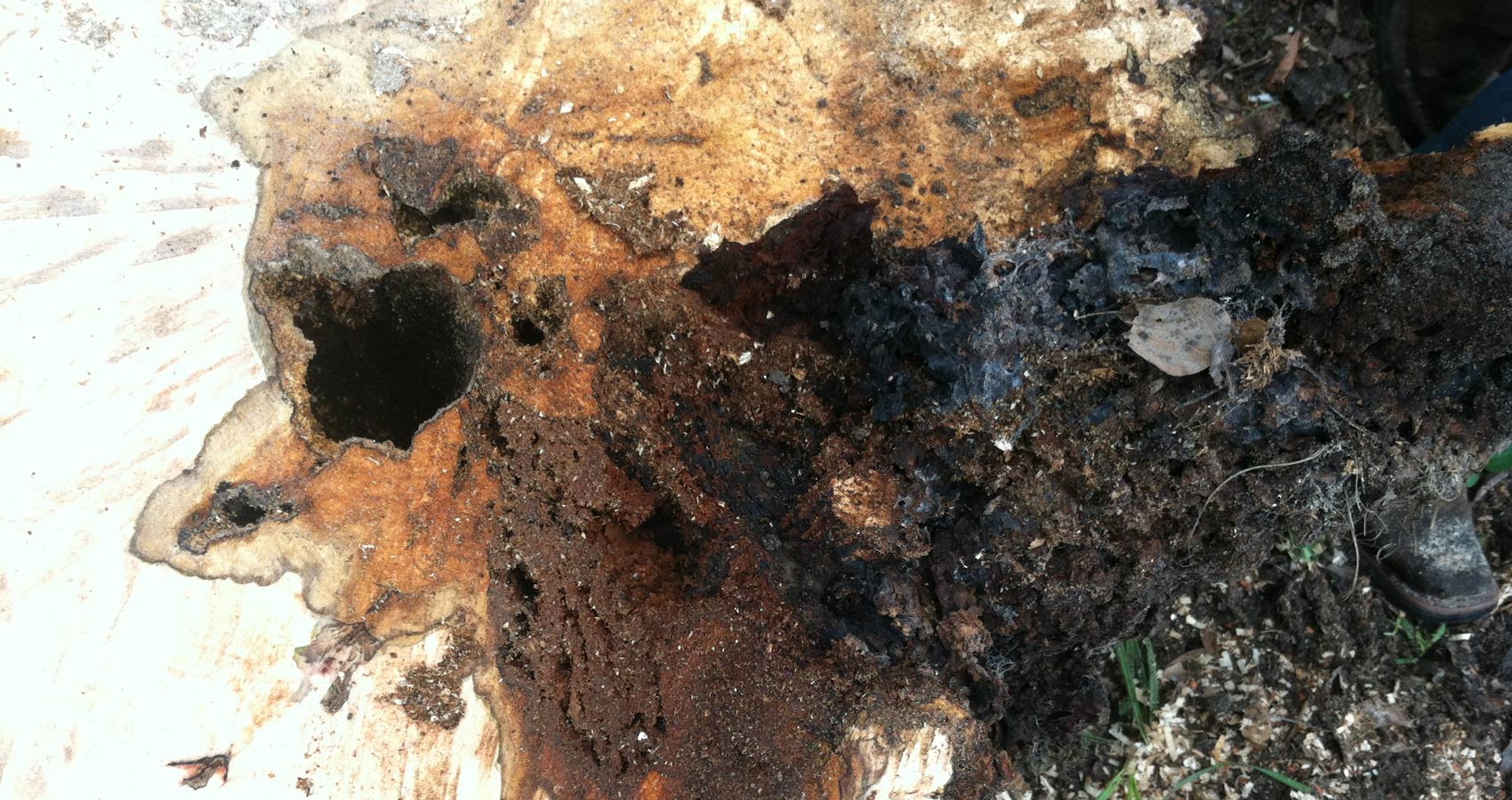 When you didn’t answer the phone for two days, I dashed over to your apartment in a cold sweat. The door was unlocked. You were sprawled on the bed, naked. Blanched. I tripped on a slew of bottles littering the floor, picked up the landline and dialed emergency, gagging on an acrid hovering pong.

Seventy pathetic souls were camped out in the ER waiting room. Their eyes unfocused or downcast. The television droned over the chamber full of occupants, who showed as much interest in watching it, as a flock of sheep. The only human conversation came from the admitting nurse who was peppering questions behind a glass-enclosed office space. A woman in a black leather wheelchair was being rolled through the doors to the treatment area. A quilt covered her lap and she was snugly positioned in the chair, suggesting she lived there. In comparison to the rest of her body, her legs were too short. There was no bend in her knees, as if she were a toddler, sitting straight-legged in an adult’s chair. Her left foot was twisted backwards with the toes pointing towards the floor, instead of the ceiling, as they should’ve been. Her bovine bearing and facial expression of a monkey alone in a cage, convinced me she’d been born that way and was a frequent ER visitor—I had to look away.

You were high priority, having vomited in the ambulance. I was not allowed in the treatment room. Four hours later, the ER doctor informed me of your status. I heard bits and pieces as I held your hand. “Alex is being admitted for acute renal failure…alcohol poisoning. Intensive care is full…no hospital beds available…tomorrow morning at the earliest.”

I spent a hundred years and endless tears fighting you, Alex. Defending you. I was successfully unsuccessful. The literature says you have an illness that affects the whole family. What the hell is that supposed to mean? All the meetings, all the psychiatrists and psychologists and inpatient lockdowns…all the kings’ horses, and all the king’s men…. You ran like the wind, swam like a dolphin, sang and danced like an avant-garde Ava Max. Your curly black hair, a mane of contentment skimming your shoulder blades. Your skin shimmered with the ethereal vitality of youth—all that joy, was leached off by a confusing adolescence—

Incense, blue light, Santana, Led Zeppelin and moaning wafted from your room. You’d painted the walls black. Most days you dressed in black and wore black lipstick. It was for a play you were in, you’d said. We labeled you a Goth, until we saw the summer stock, one-act play, you’d (secretly) written and performed in. After the play, you returned to wearing your uniform of T-shirts, faded blue jeans and beefy Danner boots. You hardly fit the ‘honor student’ mold we envisioned. Yet, to our deep surprise and relief, you graduated in the top ten percent of your class and we were thrilled to host your party. I still regret having served wine. Am I to blame?

Your father turned a blind eye to your issue. Perhaps because his own father had worn the moniker of shame you share with your grandfather. Your grandfather died miserable and alone.
Scrambled grey matter oozing out his eyes. War heroes, from the great Midwest, were not supposed to die like that. Nanna June evaporated along with him.

Your burden leapt into my lap, like a night-frightened cat on the Fourth of July.

My powers of love bounced off your formidable shield of solipsism. The more I attempted to breach the citadel you built around your heart, the less I saw of you.

Then the late-night phone calls, when you spouted the poetry of a condemned spirit and ravaged mine to the breaking point. The monster in you had clobbered me with a ridicule that would embarrass Lenny Bruce. I shivered beneath an equatorial sun and sweltered in a Midwest blizzard.

Your periods of sobriety, lasting months, would give me such hope—and I tread like a Painted Lady over your rosy blooms.

You said I smothered you. I expected you to be like me, get married, settle down. It’s not true! I wanted the best for you. For you to be yourself. But you interpreted my interest in your wellbeing in another language. I researched your language, but could not make sense of it. You were fluent in broken spirit. I was fluent in conformity.

When you finally hunkered down into reality, with an apartment, a job—a lawyer, no less! Again, I thought we’d made it through to the other side.

The Other Side of the Rainbow. That’s what you called it. “The Other Side of the Rainbow is BLACK oil and WHITE acid a sick society stirs into a cyclone of GREY,” you said.
When I’d asked you about your job, for once, you didn’t pull away. You said, “Sylvia,” addressing me by my name, which meant you were pissed off. “Sylvia, I revealed client secrets, in order to get this shyster shithead disbarred. Now I’ll probably be disbarred too. Payback for walking the tight rope of ethics.”

I believe that whistle-blowing episode was the turning point for you. You had to rinse the quandary of ethics from your mind.

The pandemic was also at its pinnacle by then. Earthlings adopted behaviors akin to rabid badgers. Hospital beds bought and sold at premiums. Saving unvaccinated souls who couldn’t afford a clue. Novice ER staff left adrift to make life-and-death decisions on the fly, while adhering to laws, regulations and hospital protocols—as though their brains were computer chips.

The cloak of frustration and weariness I donned, was reflecting off the shiny monitor next to your ER bed. Still no intensive care rooms, twenty-four hours later. Your father visited you this morning before work. The ER staff made sure he got right in, since you’d taken a turn for the worse. He said he’d make some calls to get you a room. Organ shutdown was the doctor’s main concern. Said you may need a liver transplant. Dialysis was a term floating in the air like a dialogue bubble in a comic strip.

I was standing outside on the third-floor veranda adjacent to the hospital café, waiting for the staff to shuffle through. Songbirds pierced the orange sunrise with a cacophony of chirps. The cardinals called, “pretty girl, pretty girl, pretty girl.” Followed by, “jeopardy, jeopardy, jeopardy.” And then, “be a hero, be a hero.” Suddenly, a birdsong I’d never heard filled my consciousness. But it wasn’t a songbird’s call. It was Nana June’s voice. Nana June doted on you when you were a youngster. She’d taught you to play piano and bake bread. Remember?

Nana June’s diaphanous form was perched on the veranda’s metal railing. Her lips emitted luminous wisps when she said, “Sylvia. Hospital staff are giving away the last bed to one they deem more worthy than Alex. They dismiss Alex for her disease. We must make them change their minds.”

Nana June twinkled like Sirius, The Dog Star. “Should you choose to fulfill your heart’s desire…shortly after, you will join me.”

Indecipherable fear consumed me. But my love for you intensified and I galvanized its vibrations. An invisible force manipulated molecules of my awareness. My body throbbed like a drum to the beat of an energetic riddle.

A text from the ER chimed on my cellphone, “Alex is being transported….”

—I had to look away.

Former attorney Ann Marie Struck has authored My4Sense, a popular blog, since 2011. She’s penned several manuscripts and has a novel on submission. She was longlisted in Globe Soup’s 7-Day Writing Challenge twice and earned an honorable mention in flash fiction. A Florida Writers Association member, she’s self-published a collection of poems for friends and family. Having traveled extensively, she has settled in North Central Florida. When not feverishly writing, researching and honing her craft, she is either swimming laps, concocting recipes with Farmer’s Market provisions or baking her artisan sourdough bread.