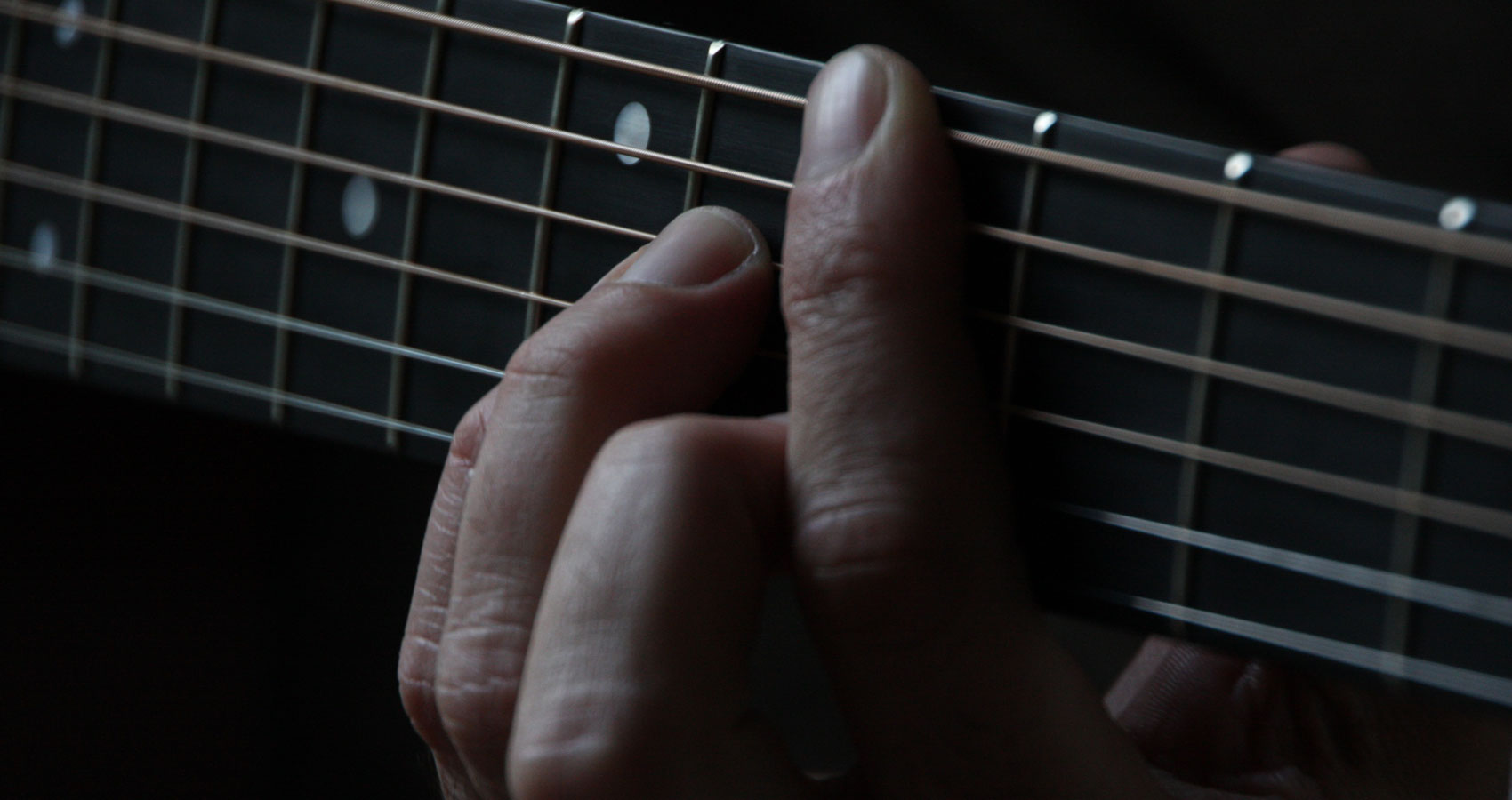 That man on his guitar strumming…
His time, his dreams, his life.

He said to lift up myself,
He’s at my back every time.

That man on his guitar, singing along,
With melodies, with tones, with timbres.

He said I should listen to his songs,
It’ll comfort me when I’m alone.

That man on his guitar, crying alone,
With heartaches, with doubts, with fears.

I said problems won’t go anywhere,
“We’ll face it together.”

That man on his guitar, smiling, so bright,
With me, and his songs, and its lyrics

Said that he had no regrets loving me,
Even now, when we became just a mere memory.

Mellifluous, virile, and so gentle,
To my ears, I hear every word he enunciates.

A soothing, echoing lilt of his local tunes,
To my ears, I feel every love he speaks.

Every beat, every single second we comprehend,
Our bodies, our hearts, and our souls deeply blend.

But when I tried to find the days we spent recording,
It was all deleted, and his love gradually evanescing…

The man on his guitar strumming,
He forgot our song, our lyrics, and all about me.

To the man on his guitar, I fell in love with,
Be happy even if your songs are not for me… nevermore.

Broken Montague is an educator from the Philippines. He is a beginner in writing poems. His experiences enabled him to write whatever words that come to his mind. He used his broken past to pen his emotions and his soul as well. Broken Montague is a dreamer and a believer of LOVE. This is the primary concepts of his poems because he believes that love is great in all forms.