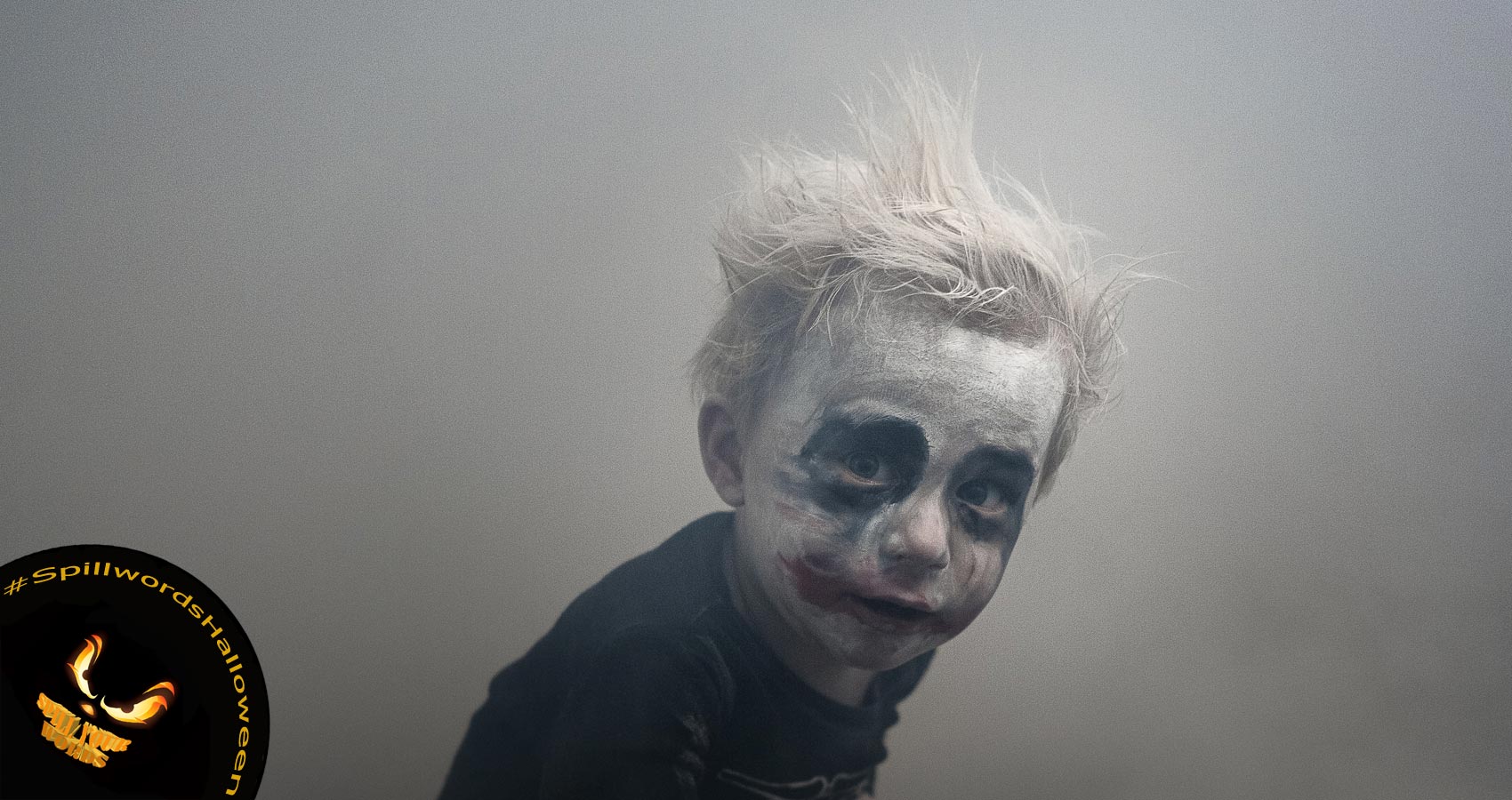 “I was there when it happened”.

I wanted it to stop but,
reality’s heaviness weighed me down.
The pain emerging from the unknown,
evolved with howling winds,
cold and dark darkness.
The air smelled autumn-
yet night was the same-
no oranges, no browns, and no yellows.
Everything was black,
except the white moon.
I walked slowly down ‘that’ lane,
stopping to smell a fallen leaf,
adding up to some thousands I already did.
And at times consoling the trees.
Many passed me- some old familiar faces,
dressed up for Halloween,
screaming trick-or-treat.
Their world and faces lit,
with Jack-O-Lanterns in their hands.
None looked up at me,
or cared I crossed their path.
I stood there as an invisible.
Then came a group of friends,
their faces not so bright,
as the pumpkins in their hands.
“One year it has been”, said one.
“It was a tragedy”, said another.
“He was much fun”, the third said.
I went near and attended them,
“he got hit here”, said a voice.
“He loved being the clown,
and died being the clown”.
I heard and looked at myself,
still dressed as the clown for Halloween,
but for last year’s.
Yes, I loved being the clown,
the ugly bald joker.
“who else saw?”, was another question.
I wanted to answer that-
I was there when it happened,
Only I was there when it happened-
when I was hit.
Only I was there, when
the autumn leaves covered me.
I was alone when winds
changed their course.
I , the Halloween clown,
was left alone in ‘this’ lane,
my lantern and treats shattered.
I knew then, that I was lost
more than I ever realized.

I was dead for over a year,
and will be dead forever,
forever- for all the Halloweens.

Just an amateur, inexperienced soul, trying to express through words. Trying to balance between 3 dimensions - life of a daughter of ordinary parents, married to the love of my life, and mothering an energy bundle of 3 years. Recently introduced to the world of words – magic for me – As they say, it all happens only at the right time!!! Pouring out some vibrations from my heart, my brain, and my soul. I love to imagine and dwell in the fairy worlds. Someone who believes in magic and miracles and I affirm that Narnia does exist!!