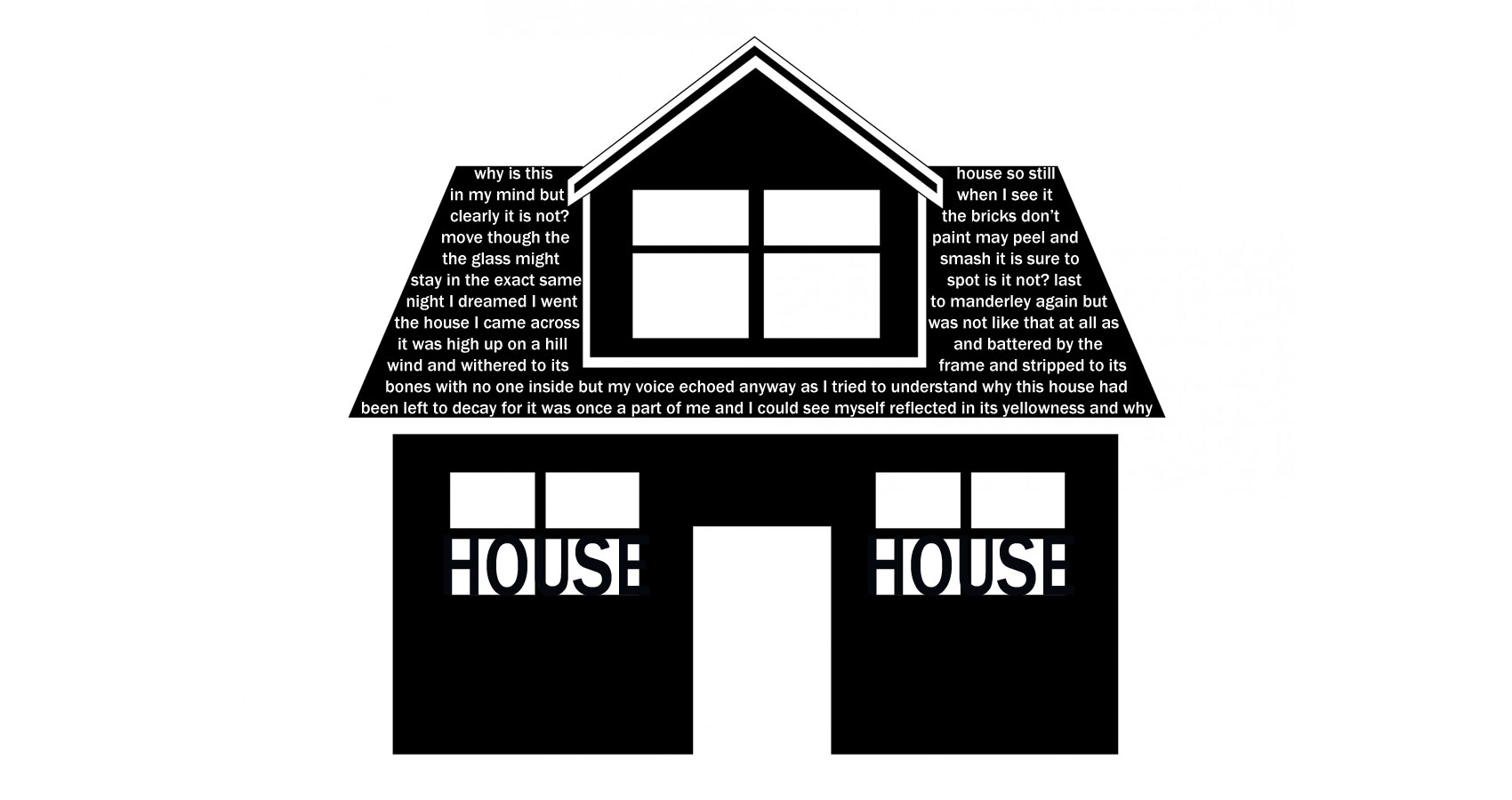 why is this house so still in my mind

but when I see it clearly it is not? the bricks don’t

stay in the exact same spot is it not? last night I dreamed I went to manderley

resemble satis house? i question the thorns and the weeds that spiral like gustav

A shaped poem in the style of Jan D. Hodge