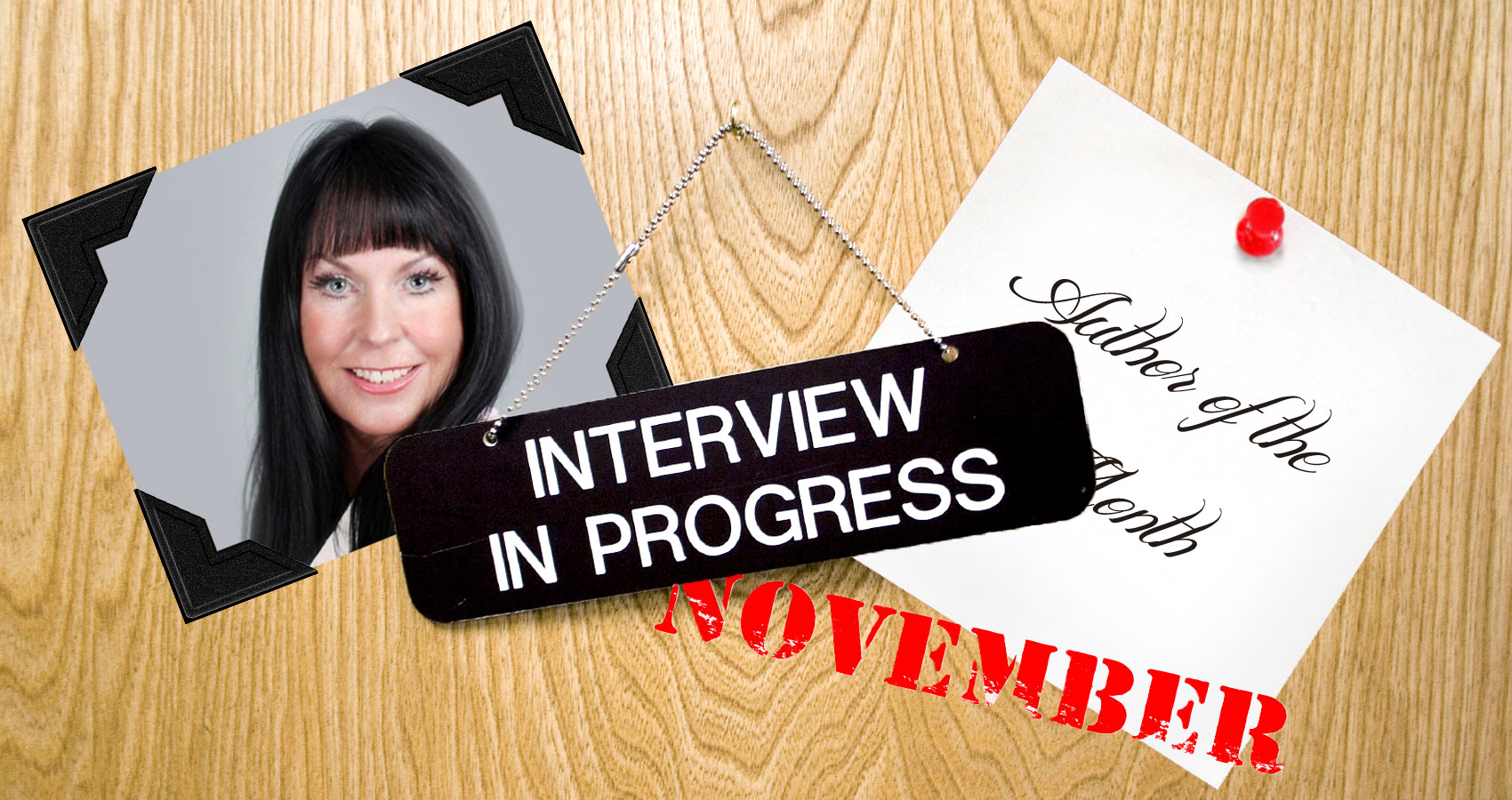 We offer our first and exclusive Q&A Interview with Donna Africa, a multifaceted and world renown writer, whose multiple literary works have been featured on our Spillwords pages as well as being Author of the Month of November, 2016.

Donna Africa is an artistic brand created by Donna Thompson, the brand represents Women’s strength, creativity and power. Donna Africa “The Queen of Dreams” is a package of Donna’s artistic works – poetry, modelling, acting, activism among other things. Donna is a creative artist, model, poetess, dreamer, actress and activist. All her work is centered on the desire to encourage other people to keep following and reaching for their dreams.

She was born in Salisbury, Rhodesia (present day Zimbabwe) on August 23, 1959. Her parents, Mr David Graham Thompson and Ms Joan Crawford, were British born. She attended Avondale Infants School in Salisbury; then, in 1966, her parents decided to return to the UK. She furthered her education at John Bunyan and Alec Hunter in Essex, UK. In 1971, her parents returned to Rhodesia, Africa and Donna finalized her studies at Townsend High and Mt. Pleasant High schools. Her first job was at The Herald newspaper, in the advertising department.

In 1978, she escaped the fangs of death. She was only seventeen years old when she came under a barrage of bullets while travelling in an army convoy to Kariba. The Rhodes and Founders civilian ambush was the narrowest of escapes from her would-be death and changed her mind set forever.

1981 – She left Zimbabwe for Johannesburg, South Africa. She had secured herself a new job at The Star newspaper in the advertising department in Customers services. She then went onto work at The Cape Argus newspaper as an Ad-taker, at The Victoria and Alfred Waterfront, at The Paulaner Brauhuis Restaurant and Brewery, as Front of House and Host. Then at The V&A Waterfront at The Waterfront World of Wines as a wine consultant, seller and air freighter in Cape Town, South Africa.

She then received an urgent call from her brother Adam, who was living in the UK with their mother. Her mother had been diagnosed with cervical cancer. Donna had to rush as fast as she could to take care of her dying mother. In 2004 she left Cape Town, South Africa for Norwich, Norfolk, UK together with her teenage son, Chris. Three years later her mother breathed her last. This incident marked a new chapter in Donna’s life; it literally turned her life upside down.

Overwhelmed by the loss of her mother Donna drew strength, courage and inspiration from Shaka Zulu. King Shaka Zulu was a prominent ruler of the Zulu tribe in South Africa. This king was a fundamental figure in uniting the Zulu people as one tribe; he infected them with his unrelenting passion, courage and wisdom. He is known to have invented the famous iklwa short spear. It was this inspiration that Donna sought to overcome her despair and loss.

In the poem entitled Asimbonanga published in her poetry book, she pays homage and respect to King Shaka Zulu. (Her book is available on Amazon Kindle and on her website shop) Her poem encourages other people, especially youth, to chase their dreams despite how hard to reach they might seem. She has performed this poetry performance act at prestigious stages such as Britain’s Got Talent, The X-Factor among others. She has also appeared in notable TV documentaries and Reality TV shows both in the UK and Africa.

In 2012 Donna was cast as a Ceremony Performer at the London 2012 Olympics Games – after her successful audition – both in the opening and closing ceremonies in her part as a Audience leader performer and volunteer. Her participation and contribution were acknowledged by the then British Prime Minister, David Cameron in a ‘Thank you’ letter.

Donna Africa’s unique character and personality earned her a new status of celebrity in her hometown Norwich, Norfolk, UK. She is a true representation of women empowerment and prides in referring to herself as a Zulu Warrior Poet. Her performances are full of energy and she stands out in her Zulu maiden costume complemented by her trusty authentic assegai spear and springbok shield. She performs her poetry performances acts at cultural, educational and entertainment events.

Her latest Reality TV Documentary appearance was on Channel 5 “Benefits Got Talent” (November 2015). In this relatively long, carefully captured and exciting documentary, Donna showcases her stunning photoshoots clad in her famous Leopard Print bikini. She accounts her experiences, challenges, temptations and, most importantly, the fun in pursuing her passion.

A survivor and an inspirational woman who soldiers on despite the hardships and challenges she has faced,

Donna advocates for a positive attitude, self-belief and confidence as the key package to unlock one’s potential.

‘If you can dream, perceive and believe something, you certainly can achieve it,’ she states in her beautifully crafted published poetry book. She encourages her readers and fans to never give up on their dreams no matter how hard they might seem. She uses her poetry and prose as a vessel to share her true life experiences, such as the tragic suicidal death of her sister Krista, her life as an African artist living in Britain and her journey in the UK in realising and conquering her dreams and ambitions.

Donna’s hopes and dream is to connect and become united as one and to inspire you to never give up but to conquer your dreams!

With Luv, Light and Liberty!
Donna Africa
“The Queen of Dreams”

Being born, raised and living in Africa practically all my life (over 40 years) has greatly influenced my writings as was brought up and raised in a multi-cultural environment – A Combination of African and British Culture – which moulded and shaped my perceptions, reality and creativity of which I share with you in my poetry and prose.

I am inspired by the Great Romantic English Poet John Keats (Author of Ode to a Nightingale), Great Zulu Warrior and King Shaka Zulu, Sixto Rodrigues (Poet and Songwriter of Cold Fact fame), Bob Dylan (Famous Poet and Songwriter). My late Mum Joan Crawford who was an avid reader, owned her own Bookshops and penned her first book as a wee child – she has been my eternal inspiration and rock! I personally am inspired to write about the world today as how I perceive it to be!

There was no light bulb moment or realisation it just evolved to be! I was a shy blue eyed introverted girl who took to the pen to write down my highly charged emotions in prose. When my penned poem “Life” was published in my school magazine at the age of 12 I was shocked as I did not realise I had a gift and did not believe in myself!

I am charged by my emotions and what I see rightly or wrongly in the world today and it is this that spurs me on to put pen to paper. When writing “Asimbonanga” (Zulu meaning one who has yet to be seen) my tribute to the Great Zulu Chieftain and King and to inspire YOU to conquer your dreams. Whilst writing this poem I went into a deep trance and felt the presence and the spirit of the Great King Shaka Zulu by my side!

I personally find writing my new world poetry healing and therapeutic as it cleanses my soul and spirit. I hope my poetry works inspire the New Generation and the Creators of tomorrow to be creative and to write.

Most definitely! As the old adage goes “A picture paints a thousand words!”

I would love to find a publisher who would give me the opportunity and sponsor me to write my true life inspirational Autobiography alongside my fellow creative talented Ugandan friend and African brother Muhwezi Simpson. This is my dream, make my dream a reality!

Lastly but most importantly I would like to thank you for believing in me and hope that you are inspired by my poetry works, best described as a roller coaster of emotions as I take you on my personal life journey written in prose.

With Luv, Light and Liberty!
Donna Africa
“The Queen of Dreams”

NOVEMBER 2016 AUTHOR OF THE MONTH at Spillwords.com