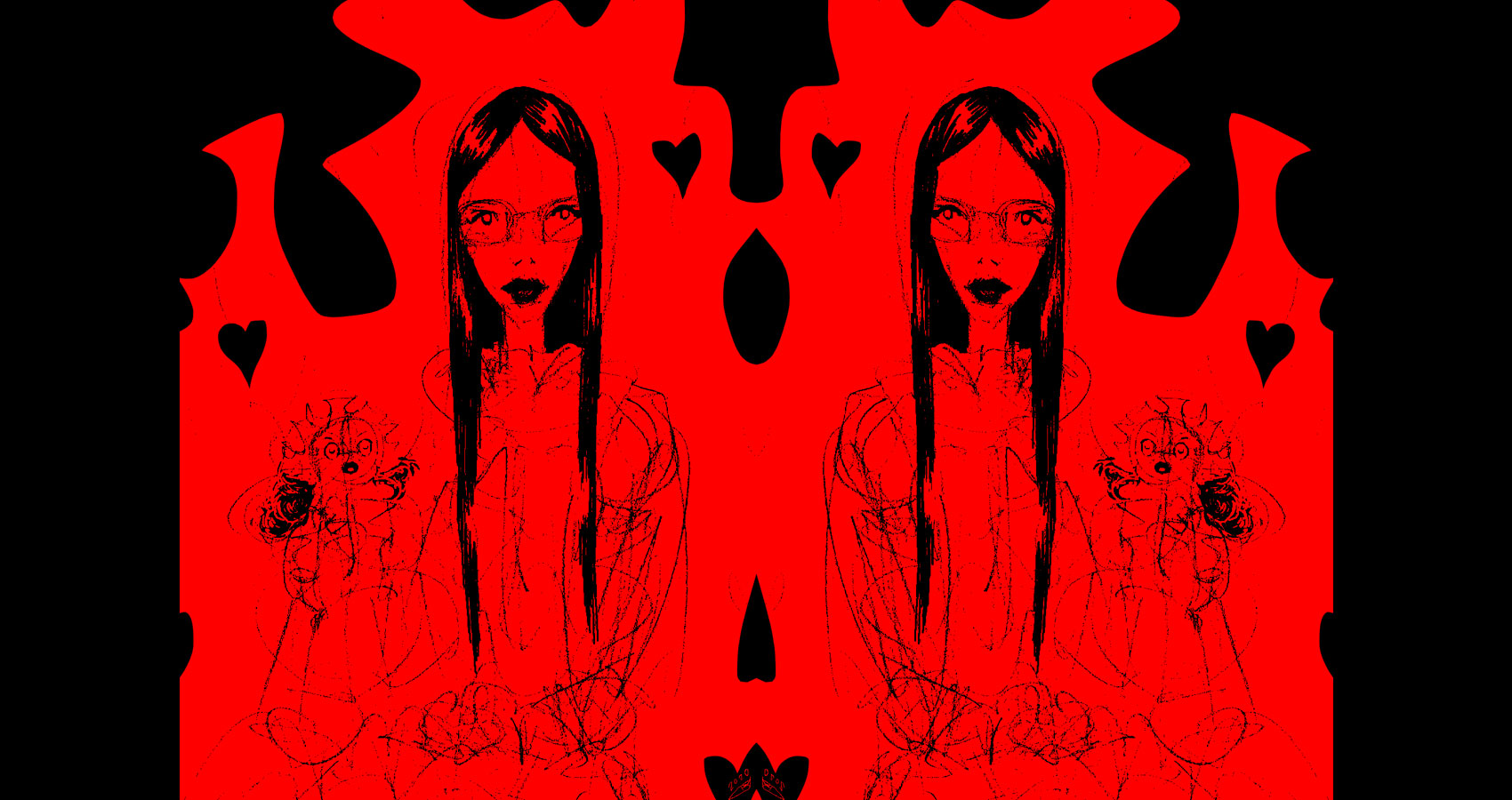 Illustration description – The figure of a young woman holding a doll, rendered in sketchy, black markings on a background of bright red. The doll (occupying the left side of the image) wears a bonnet and dress, and has long, dark, flouncy hair. The woman has long, straight dark hair, and wears a dress similar to that of the doll. The features of clothing and body are only lightly sketched out, in favour of the faces of the two figures. The red is shaped like a flaming inferno on a black background (two black hear shapes are visible among the shapes of the flames). Both woman and doll regard the viewer, straight-faced and staring.