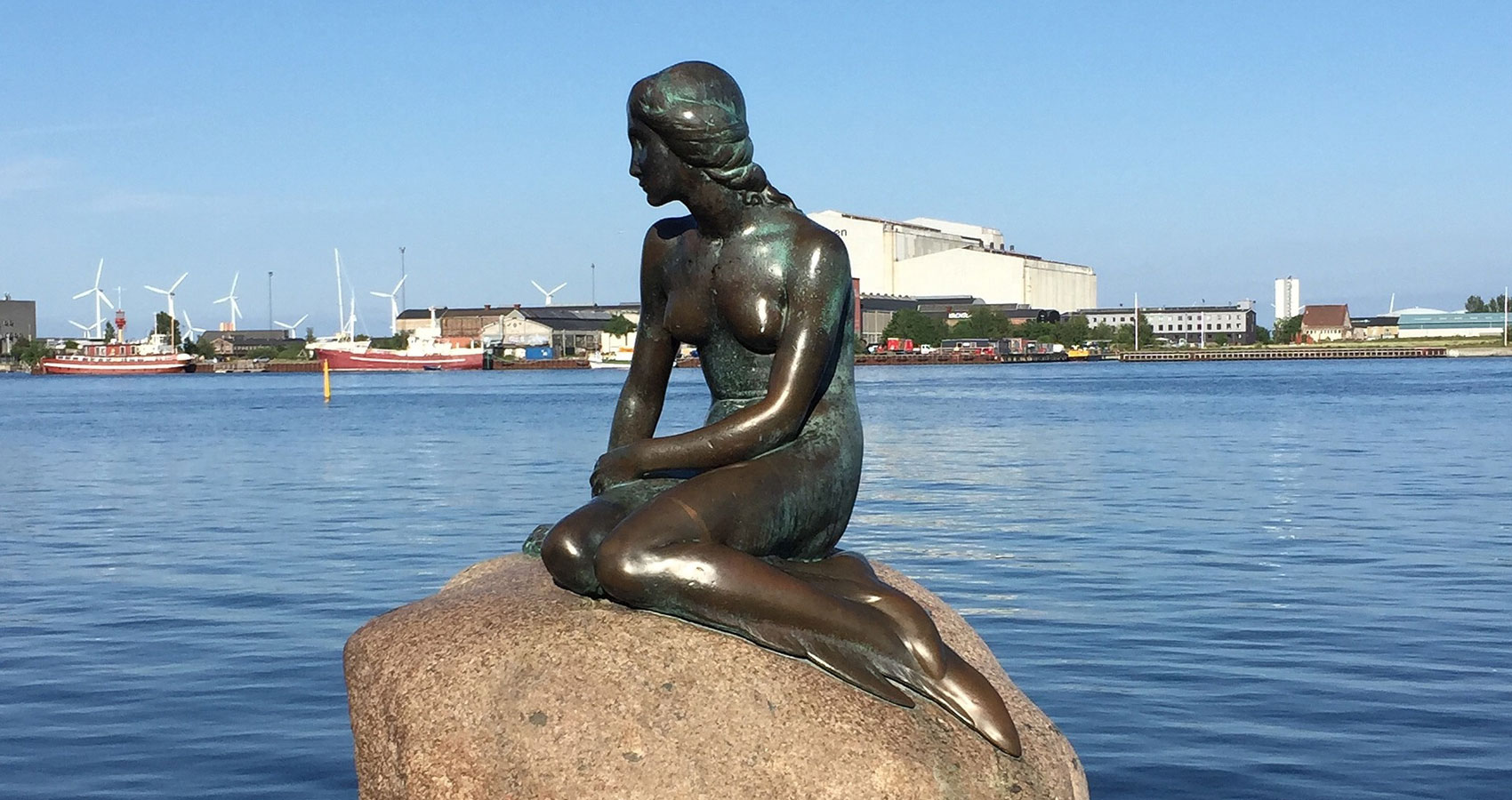 In the land of Queen Margrethe and King Canute
lives a little wonder, ever so cute.
born in nineteen thirteen, prim and clever
caste in youth, aging never.
In Copenhagen’s Royal Theatre
Carl from Carlsberg fell deeply enamored
by the prancing vision that had him floored…
Pirouetting prima ballerina, Ellen Price
her intricate shoe work so precise,
playing the part of the Ocean Princess.
Enchanted Carl commissioned bronze moulding hands
of Edvard Eriksen, his dream to expand.
Modest Ellen posed still for her face
while Eline Eriksen undressed at a pace…
her sublime curves the just so for the torso,
to complete the divine Little M.
Langelilinie is her home,
perched atop her homely rock,
observing every Dane’s tick and tock,
wistfully unflinching at harbour’s rim,
unblinking at historical whim and sin.
King Christian X’s palace fell
forced to bow to Nazi shells …
Sea salty tears shed as Swastika banners flew…
Danes in a chocolate box, pastel houses knew…
the aided escape of all their Jews ensued.
The sixties saw her lose her head
chopped off by ‘liberators of everyday life.’
a new one fitted to end the strife.
In eighty-four, right arm sawed off
by two men with too much beer to quaff.
Decapitation struck once more in ninety-eight
a month went by before she returned
to view the sailing freight.
In the year two thousand and three
dynamite was set in her wrist and knee
exploded poor Little M out into the sea…
only to rise again as all can see.
Since then she’s been painted pink by some fink,
caught green handed with a dildo
by International Women’s gusto…and
Braziered and Burkha’d until
in ‘O’ seven her podium haven
moved out deeper
in a thoughtful idea, safe to keep her.
Sojourned in Shanghai in twenty ten
China’s people paid their yen
to marvel at Little Miss M.
This little lady is the practical twin
of the original beauty,
that the Eriksen’s secretly hide within?
She greets flyers at Kastrup,
takes tea in the Tivoli,
…and from Romania to Madrid,
Salt Lake City to Solvang,
Calgary to Kimballton,
her fourteen sisters
fly the white cross with red
all over the world,
a seabed figurehead.