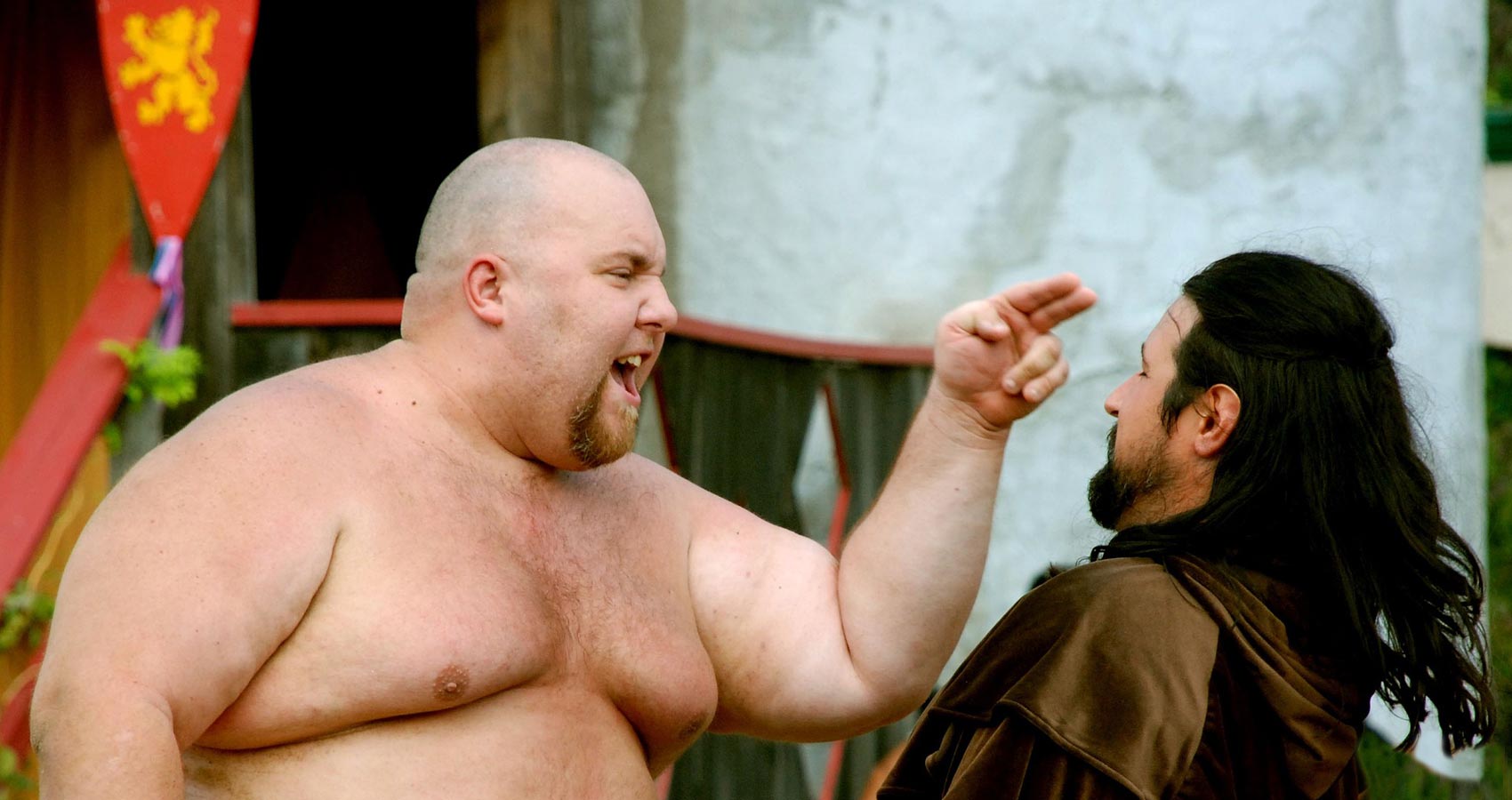 ‘Those who shout, they know nowt.’
That’s what me Mam used to say.
We’ve all met ‘em…
Foghorns,
Big gobs,
The bawlers,
The bellowers,
The roarers,
Wailing,
Hailing,
Caterwauling the calm air blue.
Situations that could snare me or you.
We’ve all had moments when the mist goes red,
But this is about a serial hothead.
Screaming his way to orally dominate,
Face blown purple like Satan incarnate
‘Leave it out I’m not your subordinate!
If you’re not careful yer head will detonate.’
That seemed to wind him up somewhat
Pulled out a towrope with a threat to garotte
I tried to reason like fair Lancelot
His attempt to turn me into a yielder.
As I am very attached to my neck dear reader
And had no intention to be a jugular bleeder.
To self-preserve and buy some time
I had to continue this weird pantomime.
Rubberneckers stopped to watch the ‘fun.’
Wouldn’t dream of helping, they’d just run.
I pretended to accept his view and concede.
He proceeded to Lord it, guffaw and shout
Like a vacuous vessel with its lobes taken out.
Those ten minutes seemed like the direst of hours,
An accidental bump in the peak rush hour.
The three nines call paid timely results
And cut off the raucous, personal insults.
When the Old Bill arrived, he shut right up.
The PC told him to act grown up
And stop his plod fuelled caustic rebuffs.
As he firmly clicked on the silver handcuffs
A quick check revealed one reason for his bluster…
No insurance, m.o.t. or logbook to muster.
So, a trying time and wear of my nerves
Ended with justice being well served.
There’s nothing wrong in speaking out,
Letting all know what you’re about…
A reasoned argument without a yowl in sight
Would surely avoid being impolite.
Deny the shrieker’s spoil for a fight,
And you will always shine as a verbal Knight.