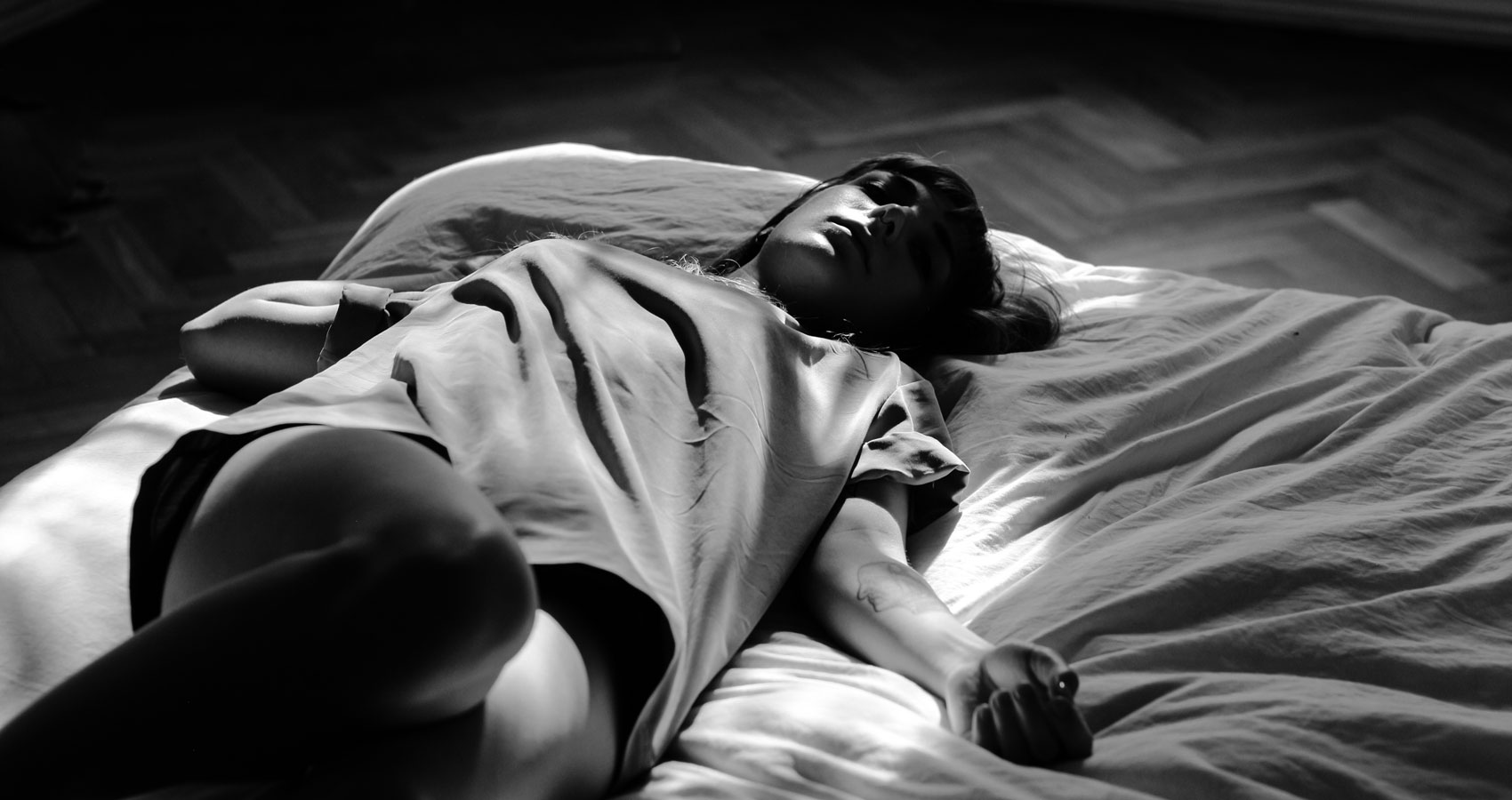 She lies on her single bed
with her legs crossed
with a vacant gaze sweeping
the ceiling and absentmindedly
strokes the back of the frog
that she had picked up
from her garden for company.

She forces her eyes shut
and starts weaving a tumescent dream
that she hauls up the mast
of a boat that would ferry her across
the long stretch of the night ahead
while listening to the choir of formless
shadows within and which refuse to
take any concrete shape
as she sails along.

She wakes up to the call of
the lone rooster on the fence
and hears someone making water
on the foliage across her window
drowning the clash of swords
and the sounds of receding hooves
and gets ready for the day.

She gets on her scooter
the strap of her red helmet undone
in her white blouse and red skirt
and takes position
in the cubicle of her call centre
with her headphone on
servicing the client queries with
her much practised accent
while wolves around snigger
and lustily look on.