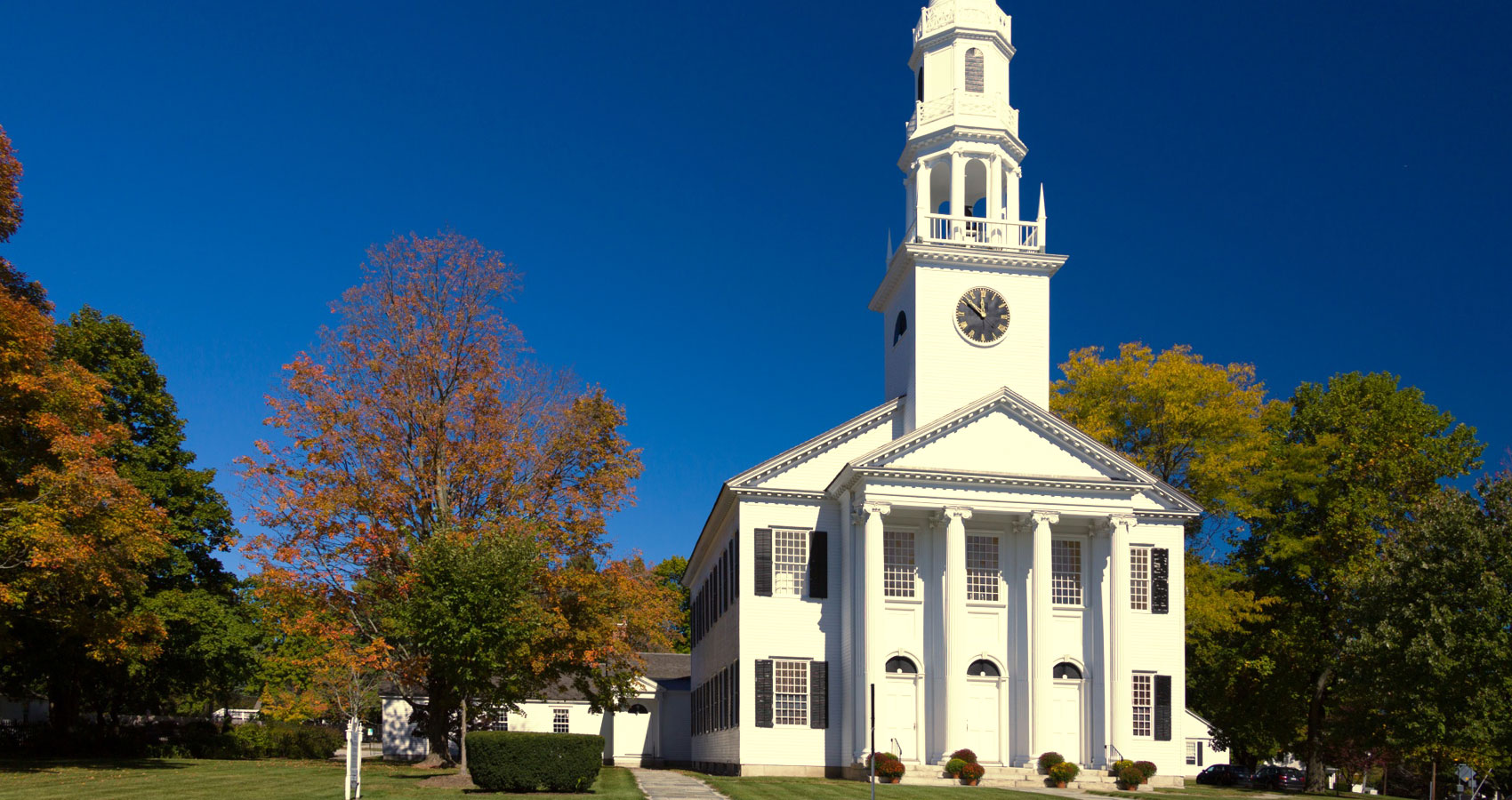 Annoying. The constant pitter-patter of children’s feet running to and fro in the apartment above was my temporary hell. Along with the tiny footsteps were the occasional scream and things thrown from their balcony. And the worst was when on two different dates, both of my bathrooms were deluged with water. Relaxing in my apartment was not an option, but it was a game for the children, of course. The nice mother of those children told the manager when asked about the issue, “My kids put a whole wad of toilet paper in the commode to try and make it overflow.” The kids got a kick out of that. Their mom politely told them not to do it anymore. Two weeks passed and they did it again, to my other bathroom.

Alone for a couple of months while my daughter visited her mom in New York, it was easy for me to just go. So that’s what I did. Saturday arrived. I wasn’t going to let the upstairs noise agitate me. I turned those negative vibes into a positive benefit. Locking the apartment and getting into my car I drove to have the oil changed. While in JBC’s waiting area a brilliant idea came to me: New Orleans. I had always been curious about that city. My interest had been piqued, of course, that wasn’t hard to do. When a simple thought gets placed in my head by me or another, I cannot help myself and I must act on it. Usually, trouble follows in some magnitude.

I drove partly through Missouri and all the way down through the state of Arkansas. There was single lane construction the entire way it seemed. I stopped for gas some distance south of Little Rock, and for lunch at a McDonald’s along the highway near Greenville, Mississippi. All had gone smoothly to that point. Enjoying a fresh salad and coffee, was me without a worry in the world or more likely, with too many worries to think about.

Sitting at a table to myself, I was journaling in Notes on my phone to keep me occupied. I returned to my car and turned the GPS on the iPhone. I assumed everything was fine. It directed me back onto the highway. I set the cruise control and relaxed. I headed south toward Jackson, Mississippi, and onto my destination of New Orleans.

But, within two miles of McDonald’s, the GPS told me to turn into a small town away from the highway. ‘This can’t be right,’ I thought to myself. ‘I’ll continue on the highway.’ But as I drove, the GPS had me make a U-Turn. So I turned the car around and went to that exit into a tiny town. It seemed wrong.

But then again, nothing seemed right to me since my TBI (traumatic brain injury) all those years ago. My own thoughts can’t be trusted. I listened to the directions from the phone. I didn’t know how I arrived at my current location, nor how to return to the highway. I was lost.

After driving around that town for a bit, my mind took me in a different direction. I arrived in another small town. Still not in a panic. I knew my GPS was not working correctly and here I was on some narrow side street in a town and state I knew nothing about. The GPS gave me directions like “Turn left in 500 feet, then go North-South for two miles.” I was stumped. Also told to go “East-West” many times, I was stumped. I wanted to get back to the highway but the directions given proved futile.

I drove about this town for a while on its narrow country-like roads. By this time, I had given up on the phone’s GPS. The compass was my only navigation tool. As long as the reading was south or southwest, I thought, that should take me to New Orleans.

A li’l pole barn which was home to an unassuming church somewhere in Mississippi made me feel at ease. The place was between an empty lot and a construction firm. Two doors down was an independent insurance company. Those buildings were a natural red brick. They appeared to be shunning that single-story church, with their naked sides.

I was curious and thought about going into the church as I’d seen others do. All who entered were of a different race than me. That enticed me even more. Thoughts turned to that Hank Williams song, “The Funeral.” I envisioned the congregation singing a plaintive, funeral hymn. My thoughts were all wrong, I am sure. But if I told them how lost I was – the congregation would surely show love and give directions back to the highway.

There was no desire to pull into the well-maintained parking lot across the street. There were about fifteen old cars all restored and looking new with people milling about. Glimpsing upward, I saw the rest of the story. At the pinnacle of the hill was a pretty, tan-colored brick building with a beautiful white steeple. The church was on the hilltop of corner acreage.

Many “Pharisees” came and went. They admired the older cars and doted on them. I presume some of those church people were nice, but their ways seem haughty. Their kind had been what my boss told me once, “I belong to an evangelical church,” he said. “That’s the religion all rich people go to.” I didn’t want to deal with that class of people right now. Their attitude of superiority makes me crazy.

My taste in churches immediately went with the poor, pole barn church. Mom had much to do with that because of her disdain for the big, showy, Catholic churches. My personal preference is the smaller Christian churches of any-town USA. They seem more personable and meaningful.

Driving around the block one last time my decision was not to go to either church. I would feel inappropriate no matter which I decided upon. On the one hand, I imagined being looked down upon for the clothes I was wearing; they may have been too casual for the church on the hill. And though the attire would have been fine for the other, more accepting church, my lack of color would surely stick out.

Using my compass only N., S., E. and W, I kept driving south and a little southwest. I was now in Louisiana. I had no idea where. I’d never been this far south before.

Now I was getting goofy. I could no longer think clearly. What would I do? What should I do?

Turning the GPS on again, I followed its instructions exactly. I listened but stayed wary. Though I was out among the cornfields, it was on a paved road. But I listened, and the road traveled kept narrowing. After it became two ruts on either side of a grassy center I stopped at the river bayou nearby.

Putting the car in park, I opened the windows, shut the engine off, tilted the seat back, and rested for a few minutes. Nothing I tried was working. Why couldn’t I find my way out of this mess? I didn’t think of pushing the button for my navigation guide, On-Star. That upsets me still. My slow processing mind sometimes doesn’t process things at all.

Dusk came and here I sat. Water in front of me and no room to turn about. I didn’t want to chance getting stuck. Backing the car out slowly to a wider dirt road I remained in constant prayer. No longer wishing to get to NOLA but instead back home to the pitter-patter of feet running.

The wider road I was on brought me to a paved highway with only two other cars going in the opposite direction. From that highway, I was brought to a state highway 65. Civilization at last.

Pulling into a gas station in yet another tiny town at night, I got some help. I asked the guy inside if the highway I was on would take me to the main Highway 65 N.

He said yes. “Keep heading north and the two will intersect. Take a left and you’ll be on your way.”

I didn’t think I was making sense while speaking to Him; it sounded to me like babbling. So many times I would seek His help without thanking Him. That was selfish and narcissistic. Now, I thank God nightly, and sometimes as I kneel beside my bed. What do I thank Him for, you might ask? I thank Him for keeping me alive after a nearly fatal car wreck. I should have died that day, I used to tell myself, and I often prayed for death.

Feeling sorry for myself, I went to a support group in the early ’90s for people with head injuries at the downtown library. Everybody there seemed happy and was having a good time. We all sat in a circle and the leader of the group surprised me when I spoke up. What I had to say was not flattering at all.

In an accusatory tone I asked, “What are you all so happy about?”

In automatic and immediate response, they harmonized…”We’re happy because we lived.”

Of course, they all took exception with those words, but their rebuttal did not come angrily. As the others in the group were looking anxious the leader said, “No” to calm them. “This is why we’re here, to help fellow survivors.” He turned to me and said, “Why don’t you tell us why you feel that way?”

So my story began for the first time…

Black was the sky as I journeyed on to Little Rock. The bright construction lights of Highway 65 blinded me. I became confused with all the signs that didn’t point me to where I needed to go.

Before making another mistake, I took the next exit and found a place to park. I turned on the GPS. Lo and behold, it had been giving directions for riding a bicycle. Thank you Lord for showing that to me. I set the GPS back on directions for auto, then got back on the correct highway and headed north to Springfield. Feeling sure of the way home. I became anxious to hear those sweet little feet, though they would be snuggled in bed by the time I got there.

Next time, NOLA. We will make it all the way…me and my blessed daughter.

The evolved solemn and meek Steve had persevered. My personality changed following that car wreck. Once brash, obnoxious and cocksure, I evolved into a soft-spoken, more knowledgeable, empathetic, and understanding person. Sure, my disability is permanent, but that seems a tiny price to pay for finding the light. I discovered that God only disciplines those He loves. I was feeling special and grateful.

Steve Richie is a story weaver. He wants to share his inspiration and hopefully inspire others. His hometown was St. Paul, Minnesota where he lived for sixty-one years. He and his now seventeen-year-old daughter made the difficult, but right decision to move to the 'Show-Me' State of Missouri in 2015. Steve is happiest taking on a new adventure.