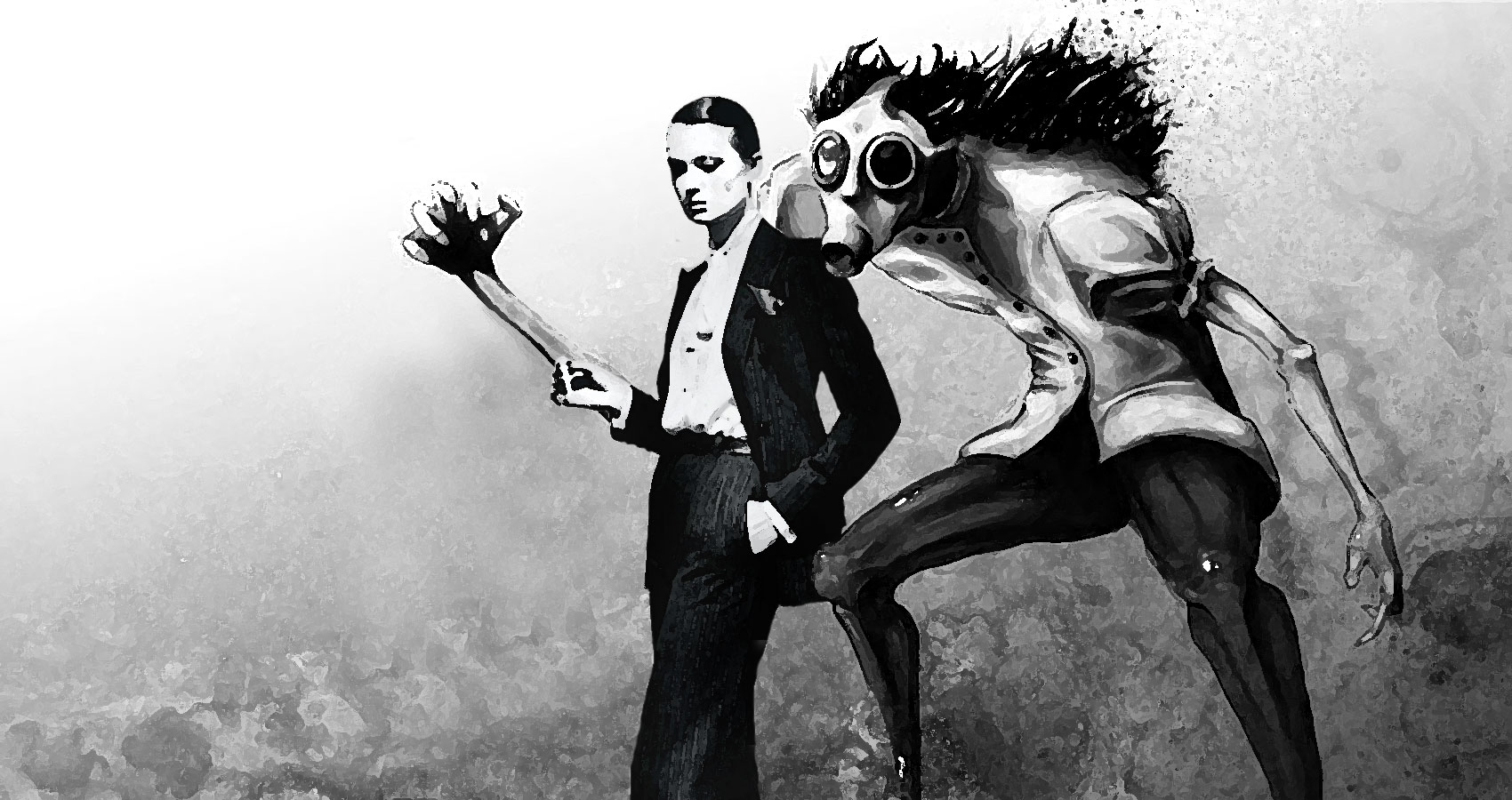 why i keep flirting with risk, daring violence
swaggering up Smith St alone at 4.00am,
wearing a tuxedo suit in plain sight
silver women’s symbol hanging from left ear,
whose behind, shouting out, “DYKE.”,
switch around, shove him down an iron gate
“You picked the wrong girl.”
i’m not a normal girl,
wasn’t then, not now,
i’m a savage animal,
starving for a fight

right fist against his fragile throat,
fear tempts fury caged inside
five day shadow scratches my chin,
breaths mixing, can’t help noticing,
similar, black short haircut,
“Never had a girl fight back, hey?
Now, tell me you’re sorry.”
hands rising in the air,
boiling apologies need a lid
loosening my hold,
letting him go
not him i want to hit
no man terrifies me,
the way my father did

alive or dead,
monster within,
will never allow,
anyone,
to take me,
from me,
again