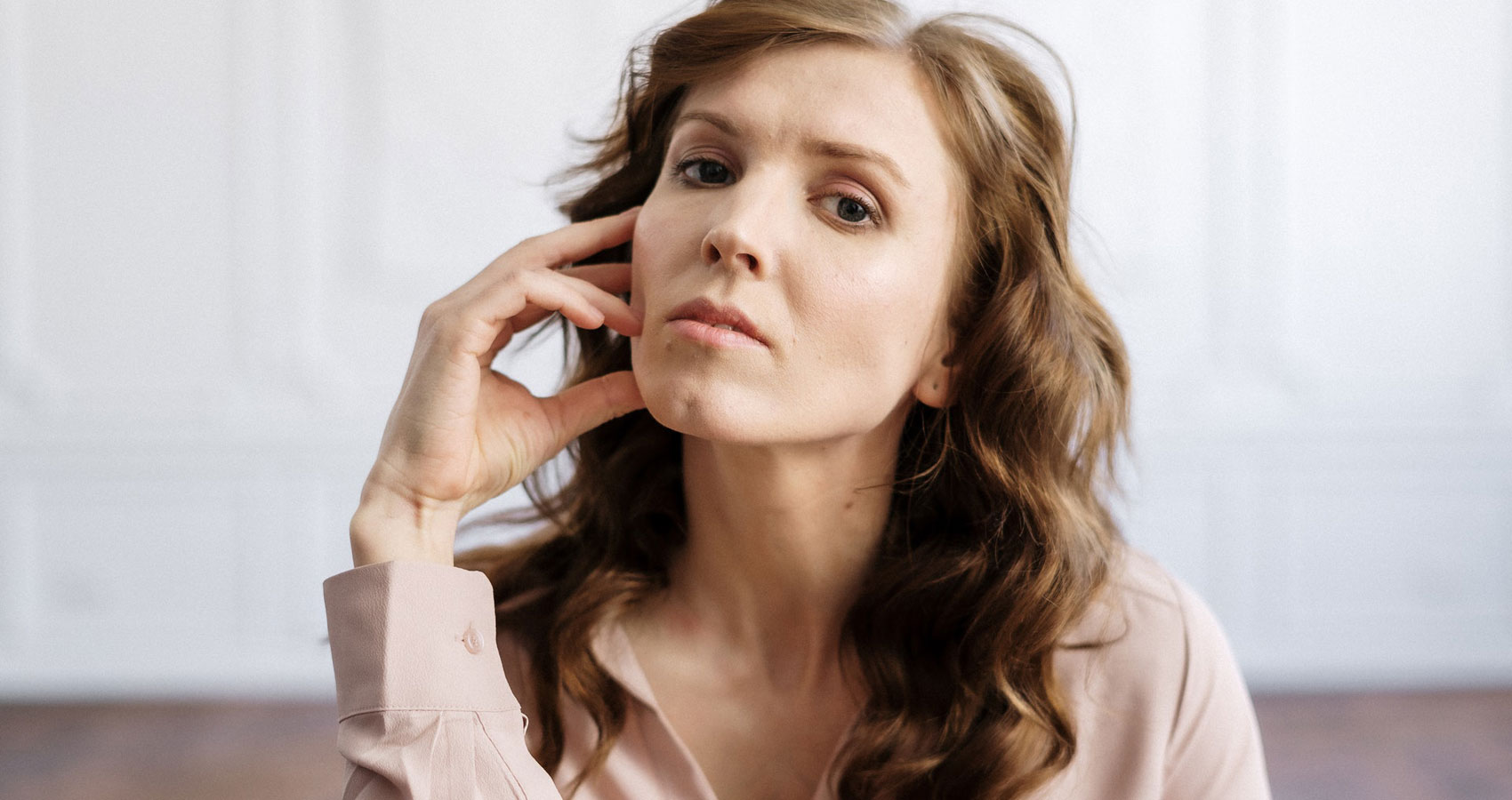 “Please have a seat.”
Brenda McCorsky sits on the sofa, crosses her legs, and places her clasped hands in her lap. “I’ve never seen a therapist before,” she says, looking down at her hands. “I’m not sure what I should do.”
“You’ll find it less frightening than you’re imagining.”
“That’s hard to believe,” she says with a nervous giggle. “You’re very intimidating,” she says. “Not you personally, but being expected to bare my deepest secrets is.”
“Is that what you think I expect?”
“That’s what all psychotherapists expect, don’t they? I tell you my deepest secret – why I’m screwed up –  and then you tell me how to fix it.”
“But what if you’re not, er, screwed up, but only think you are?”
“I’m screwed up alright,” she says. “I have a problem that I can’t fix on my own.”
“Tell me why you’re here and we can decide together how to fix the problem, whatever it is.”
She sighs heavily, looks up at the ceiling, and then back at me. “Do you know what ailurophobia is?”
“A fear of cats.”
“Yes. I’m deathly afraid of them.”
“How long have you had a fear of cats?”
“It started when I was a child but about a year ago it started getting progressively worse.”
“When was the last time you were near a cat?”
“Three weeks ago.”
“What did you do?”
She hugs her body and begins to rock back and forth, whimpering. “I screamed and screamed.”

“Please have a seat.”
Brenda sits on the sofa and crosses her legs. There are dark bags under her eyes. “I apologize for wasting so much of the first session just sitting here crying,” she says.
“That’s okay. Did the anti-anxiety medication I prescribed for you, help?”
“I didn’t get the prescription filled.”
“Why not?”
“I was afraid they would make me so sleepy that I wouldn’t be able to respond if a cat got into my bedroom.”
“I see. So, your fears are getting worse?”
“Yes. Every bad experience I’ve ever had with a cat has come back to me. When I was a little girl our cat killed several of the baby chicks we kept in the barn. I walked into the barn and found their half eaten bodies strewn about. I was horrified. My parents had to put me in bed for three days.”
“Let’s step back a little. Tell me a little more about yourself. You’ve told me you’re a lawyer. What else or who else is important in your life?”
“I have a boyfriend that I’ve been with for two years.”
“Do you live together?”
“We did, but he moved out two months ago. He didn’t take my fear of cats seriously.”
“For people who don’t have a phobia, the fear and anxiety caused by a phobia is difficult to understand. The roots of your fear of cats seems pretty clear cut. Identifying with the baby chicks makes sense, don’t you think?”
“The problem isn’t that I identify with the chicks.”
“Oh?”
“I identify with mice. I think I might be one.”

Brenda sits on the sofa and crosses her legs. Her cheeks are sunken and her skin is pale.
“Are you getting any sleep?” I ask.
“Not much. I finally filled the prescription you gave me but I can’t work up the courage to take any of the pills. I put my mattress in the closet and try to sleep in there with the door closed and the light on, but I just lie there and worry that a cat will sniff me out and scratch its way through the door.”
“Let’s try something. You know you’re safe in here with me, right?”
She nods hesitantly.
“Okay, I want you to imagine that I’m a cat. What would you like to say to me?”
She’s silent for a moment, and then she begins to emit a low-pitched squeak. Her body begins to tremble. She screams, “Don’t kill me!”
“Why would I kill you?”
“All cats kill mice.”
“But you’re not really a mouse are you?”
She rubs her ear with the back of her hand and wiggles her nose. “The world is made up of cats and mice. I’m a mouse.”
“Your delusion that you might be a mouse is very fixed in your consciousness. I’m going to prescribe a stronger medication.”
“Will it return me to normal?”
“You are normal, but your thoughts about being a mouse aren’t.”

Brenda runs her fingers through her disheveled hair. Her skin is blotchy and her lipstick is smeared. Her eyes are glassy.
“How have you been doing since our last session?” I ask.
“Not well. I was put on administrative leave at my law firm.”
“Why was that?”
“I bit one of the paralegals.”
“Why did you do that?”
“She tried to take my cheese.” She heaves a loud sigh. “It wasn’t really cheese, it was a file that she was taking from my desk.”
“I see. Have you been taking the new medication I prescribed?”
“Yes, but it turned me into a different kind of mouse.”
“A different kind of mouse?”
“Yes, I’m meaner. I’ve bitten three people in the past four days, including my ex-boyfriend.”
“Your ex-boyfriend?”
“After I bit him, he said I was crazy and that he couldn’t be around me anymore.” She scratches her head, vigorously.
“You should have called me as soon as you noticed the medication was having this effect on you,” I tell her. “The dosage is too strong.”
“It removed my fear of cats,” she says.
“That was only part of what the medication was meant to do,” I say. “I’ll write you a prescription for the same medication but with a lower dosage.”
“If you insist,” she responds.
“We must also address your view of yourself as a mouse.”
She rubs her eyes and yawns. “Why?”
“Because you’re not a mouse.”
“Don’t you like mice?” She wiggles her nose.
“This isn’t about me. In what ways do you think you’re like a mouse?”
“Not, like a mouse,” she says. “Am a mouse. Just look at me.”
“You see yourself physically as a mouse?”
“More and more every day, every hour.” She looks at her watch and jumps up from the sofa. “I need to get to the cheese shop around the corner from my apartment before it closes.”
“Next week, same time,” I say. “Call me if you have any problems with the medication.”
She rushes out the door.

Brenda sits on the sofa and then pulls her legs up and sits on them. She licks the backs of her hands and rubs them across her cheeks, grooming herself. Her hair appears as if it hasn’t been brushed in days. Her eyes dart around the room.
“Brenda, tell me what is going on with you,” I say.
“Do you have any cheese?” she squeaks as she rubs her whiskers.

MAY 2020 AUTHOR OF THE MONTH at Spillwords.com
Steve Carr, from Richmond, Virginia, has had over 430 short stories published internationally in print and online magazines, literary journals, reviews and anthologies since June, 2016. He has had seven collections of his short stories, Sand, Rain, Heat, The Tales of Talker Knock and 50 Short Stories: The Very Best of Steve Carr, and LGBTQ: 33 Stories, and The Theory of Existence: 50 Short Stories, published. His paranormal/horror novel Redbird was released in November, 2019. His plays have been produced in several states in the U.S. He has been nominated for a Pushcart Prize twice.

Manifesto For The Near Future

The Speed of Love

The Speed of Love written by: Roger Turner @titansdad   I met her many years ago Not knowing where we'd...