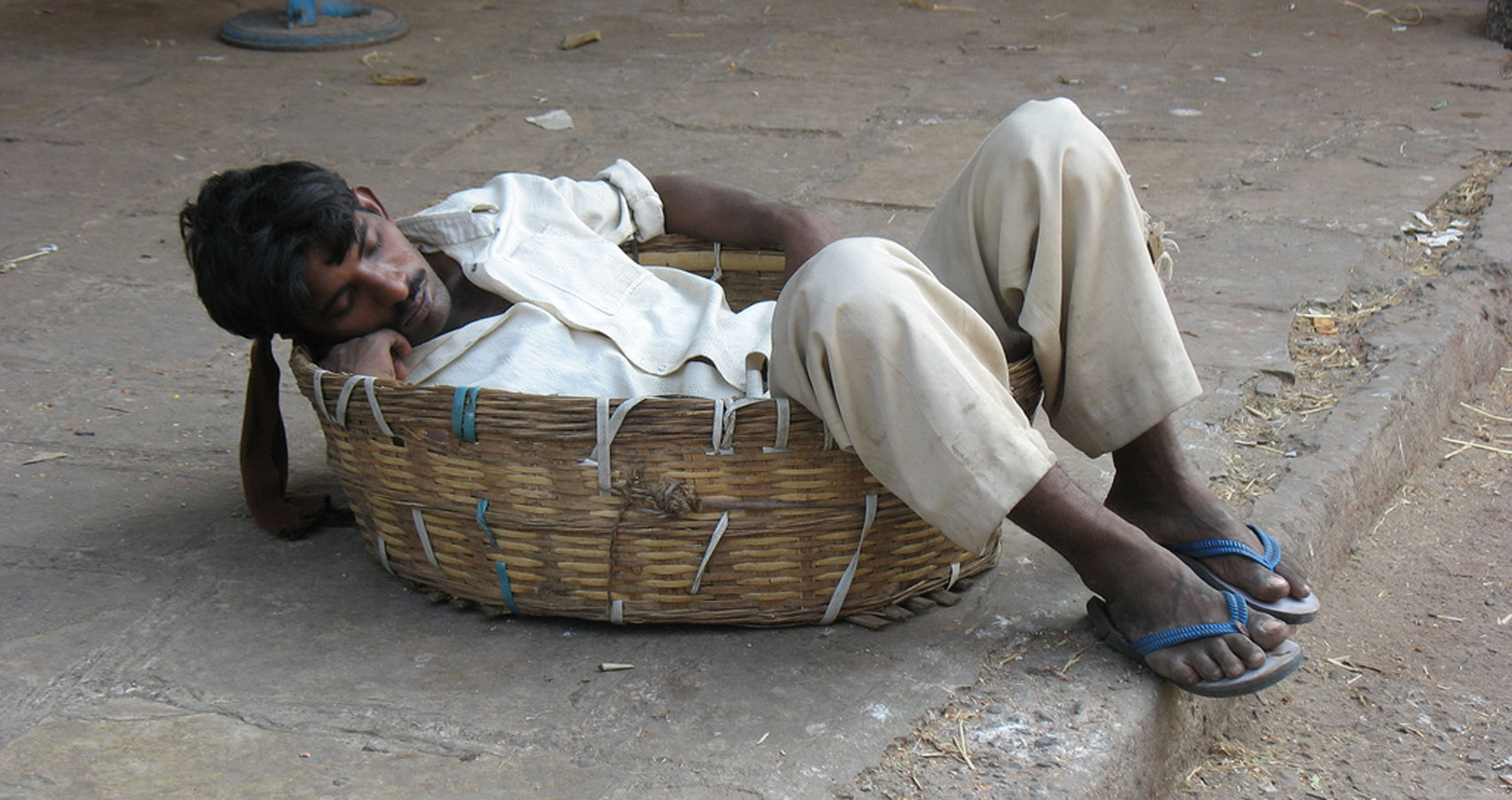 A homeless man reads the newspaper in Mumbai,
Fresh, crisp, pleated, right from the press.
Affordable, less than the price of a loaf of bread.
He squats on a blue plastic tarp,
That was his bed, and is his home,
Last night as he slept on the sidewalk.
He reads of the sins of the ministers,
The failures of government,
The erosion of the economy.
Of politicians lining their pockets,
Growing rich at the voters expense.
He chuckles, “They won’t be getting my money!
Nemo Dat Quod Non Habit.”
Corruption and inefficiency is their norm,
Self serving men, they condemn their people to misery,
In turn cursed to eternal guilt, fear and greed.
Masses writhe and chant “What shall it profit a man?”
They eat their bread steeped in our tears,
They sleep to the lullaby of the plaintive wail,
Of the naked, cold and homeless children.

The homeless man reads the newspaper,
Pristine, with crisp, sharp colored pictures.
Pictures of the wealthy at celebrations,
And reads of their goings on.
He shakes his head thinking, “they have no love.
Happiness is not bought, nor contentment acquired.
Acquisitions are the stuff you leave behind.”
Propped by a wall, he reads,
Of your many roomed mansions,
The gold plated bathrooms,
The hundred foot yachts and sights.
“They throw wealth down the sink hole of desires.”
Say’s the one, who owns but one set of clothes,
To whom the sidewalk is his room,
And the world is his home.

I was visiting Mumbai and went out at 6:00 AM to buy a newspaper from a street vendor and I saw a homeless man reading a newspaper. I was moved, and when I got back to the house of the people I was visiting, I locked myself in the room and spent the next hour in tears, writing about the abject poverty and the ostentatious opulence.
While my poem may seem pedestrian and  filled with platitudes, aphorisms and tired clichés I tried to lend my voice to the poor, the hungry, the oppressed in this poem. Remember that to the poor Poverty is a cliché they live, one that is used frequently by politicians around elections and by the rich to impoverish the poor.