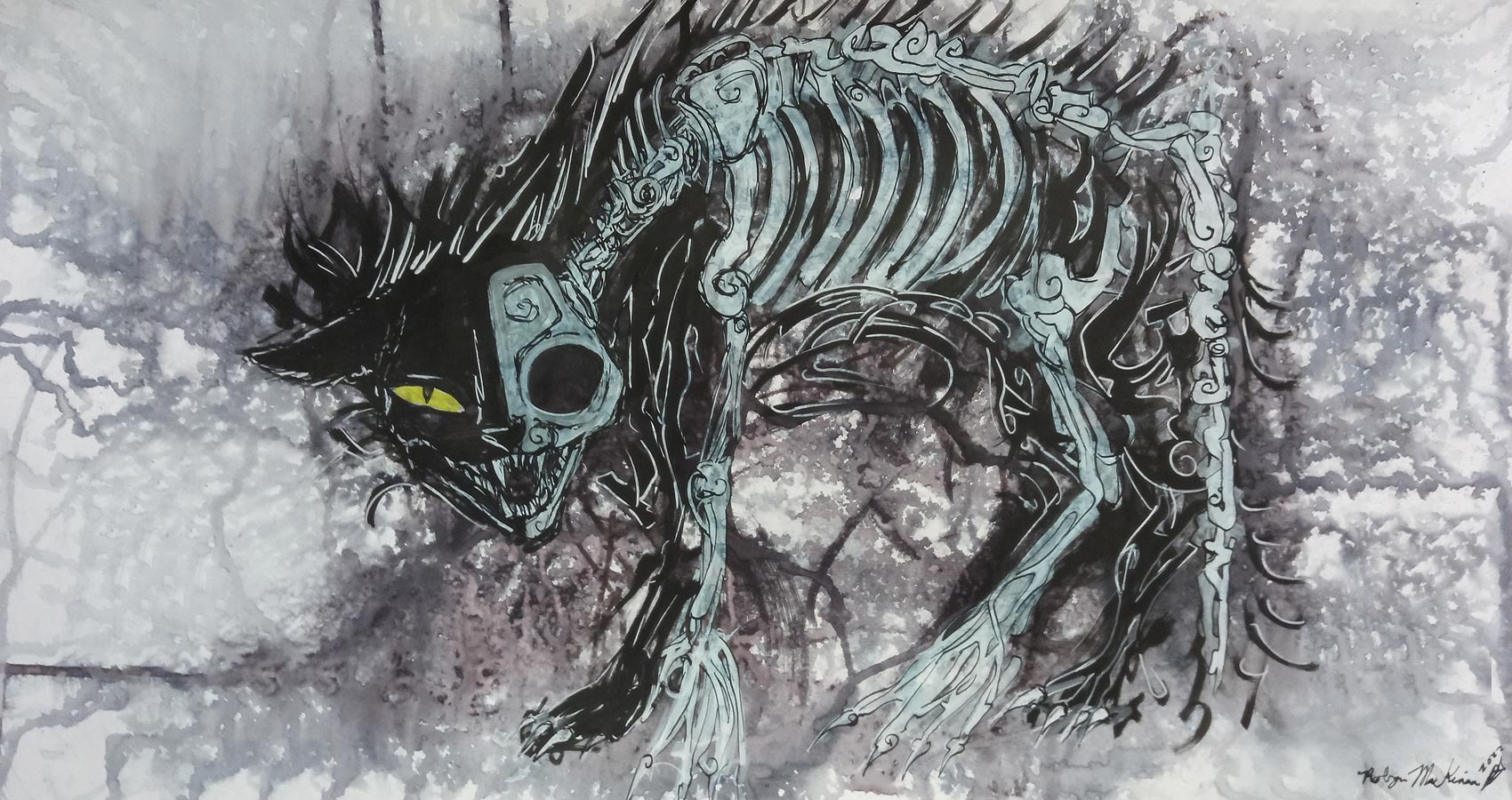 it was not the dead

Illustration description: A cat on a background of splashy, shadowy pigment. The cat is visible side-on, body facing the left, but head facing the front to his at the viewer. Its back is arched, and its hair stands on end. The cat is more notably half skeletal, split up the middle. skeleton side facing the front. The stylization of the markings makes it look knotted and tangled, and the curling ends of lines are rather Tim Burton-esque.