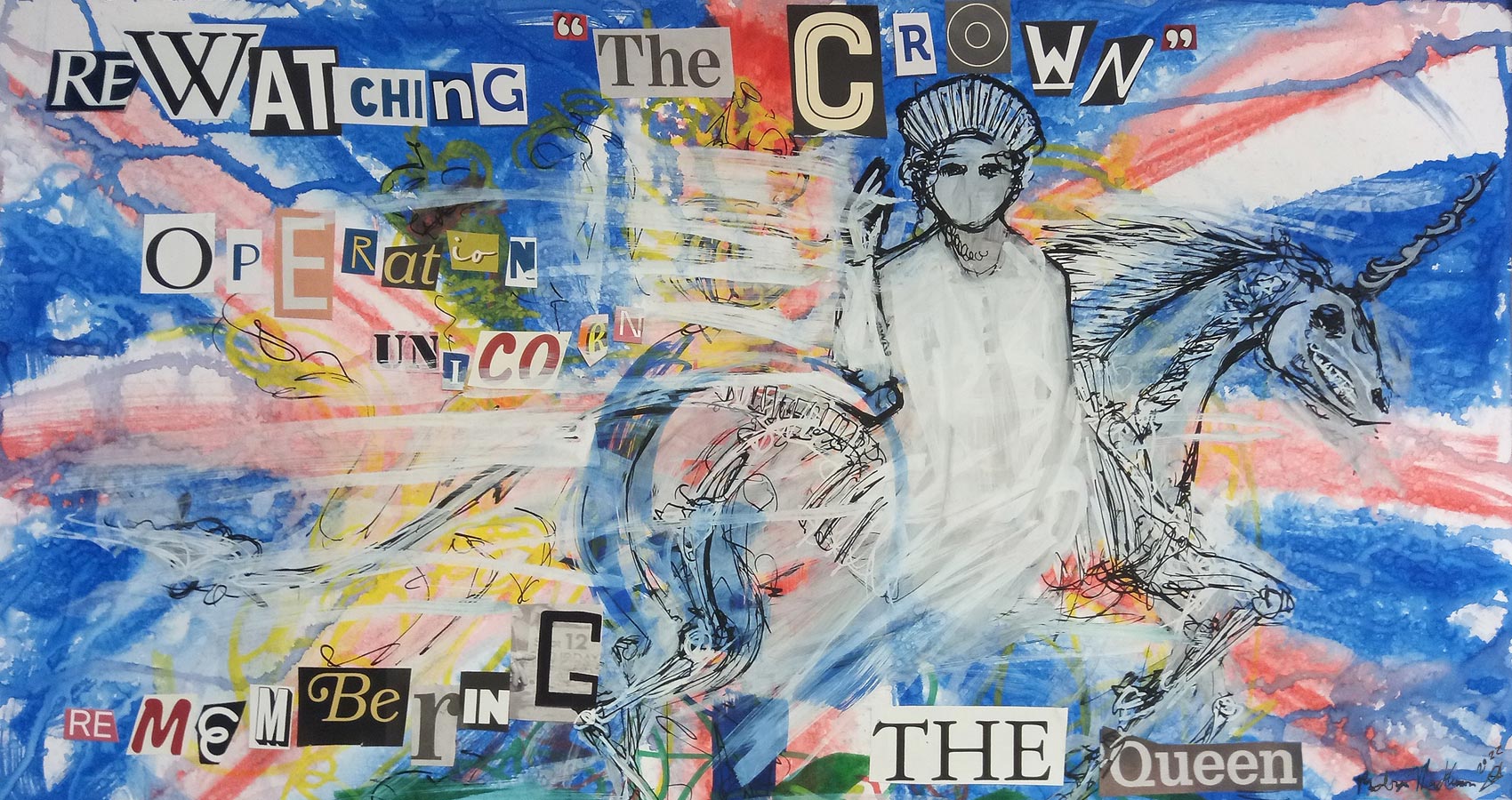 Illustration description: An image with a background of a British flag, splashed in water and pigment. The words of the haiku decorate the picture in mismatched letters cut from various sources. A figure rendered in white with rough, black line work is placed on a skeletal unicorn, dashing toward the right of the image. The figure is spectral, trailing off from the waist down, but waving in the characteristic way of the British Queen. She wears a large crown, and the only facial features rendered are her eyes, which are shadowy and inscrutable. Gestural shapes and colours in the background suggest the British coat of arms, providing among other details, a grassy patch for the unicorn to dash over on its way to exiting the picture.