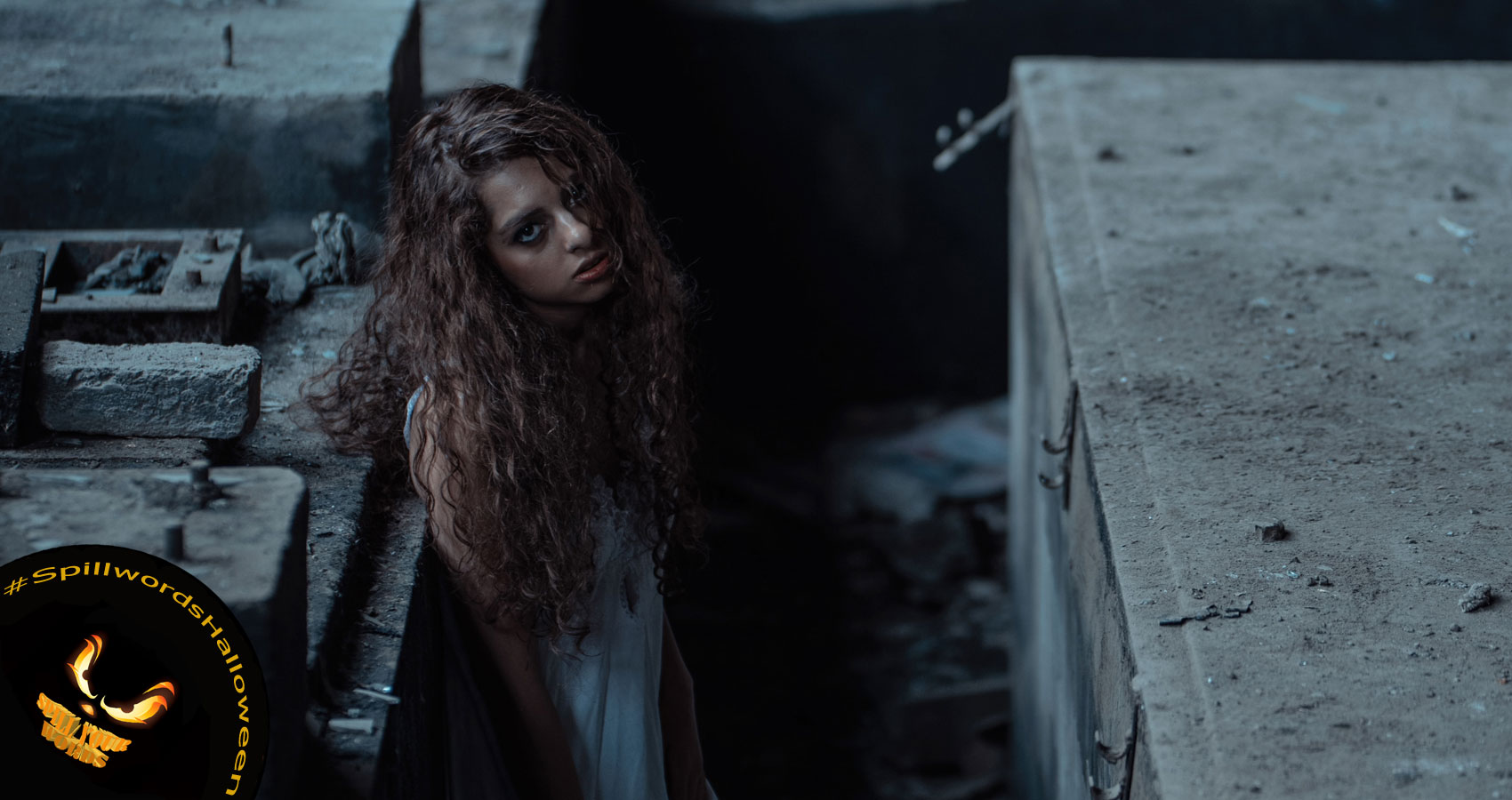 A young woman walked through the town, Gravestone with her four children, waddling behind.
They died on Halloween
When a crackling fire spit out embers
While they slept near pillow cases of candy.
They never woke the following morning.
Only their mom,
who came to on
Cold grass. All of her loves were gone.
Nothing was left.
She wandered through town in shock
As her dead girls called for her,
But she heard nothing.