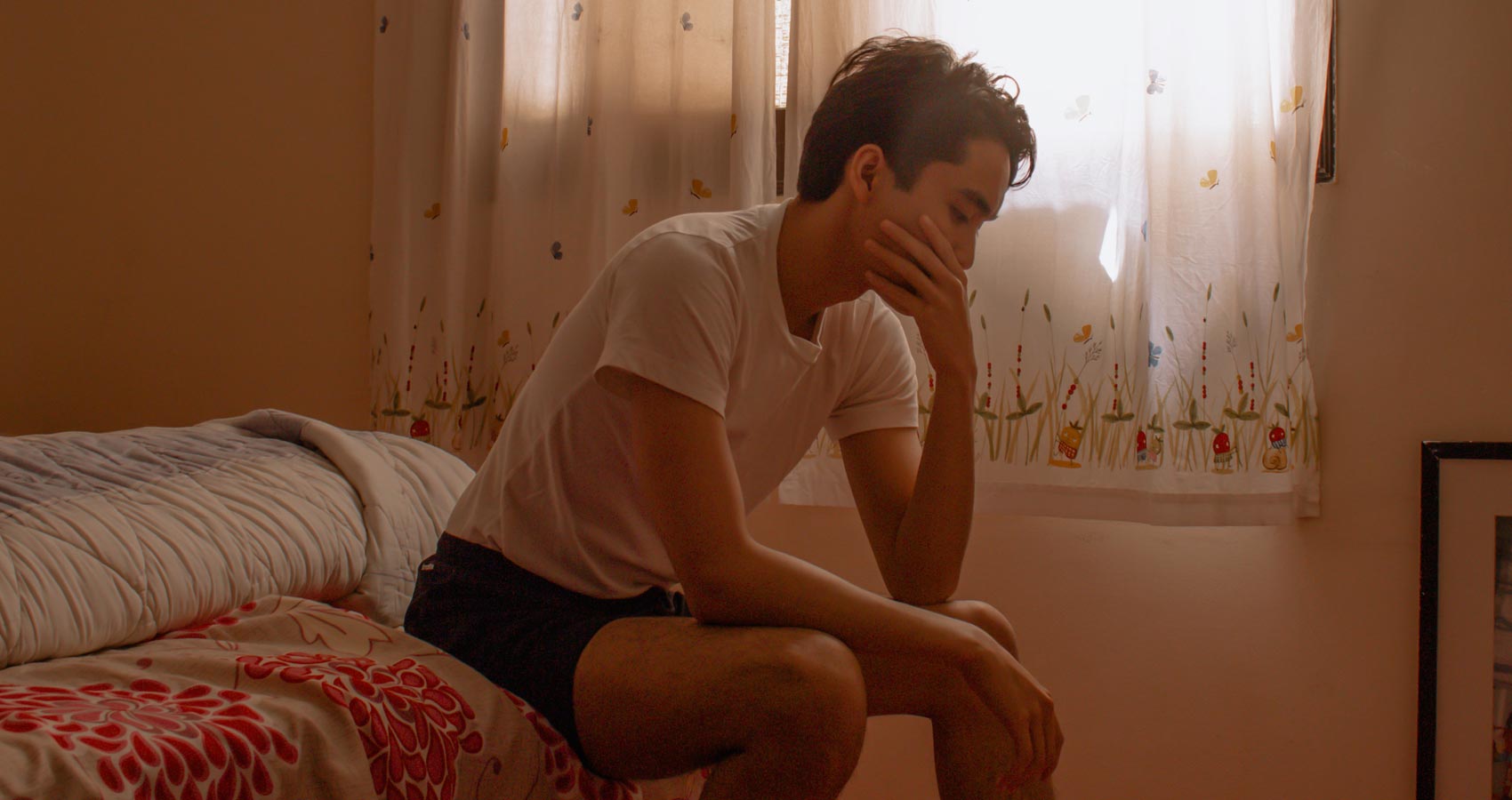 Of Fears, Remembrance, and Balance…

Of Fears, Remembrance, and Balance…

What makes fear manifest itself in myriad mutations?

The alarm in his mobile phone went off, disturbing the order that night had so laboriously built. He extended his arm, located the phone, felt the haptic key and used it to decide which side was to be kept up; and then as if by intuition, pressed a location on the screen that turned the sound off. All of this without even opening his eyes. It felt surreal; that though ephemerally he had been given control over what delineated the cacophony from the tranquility. He, then, got up and tip-toed to the point where the switch to the light was and illuminated the world that was otherwise all dark. Once the room was lit, he made his way back to the bed and sat atop it. He tried to look at the wall clock but something inside him made him avert his gaze, he tried again, and it showed 4:40. If someone would have asked him then, or even later, he wouldn’t have an answer to why he always scanned the wall clock rather than just referring to the mobile for time. ‘Man is a creature of habit, he is not what he does once, but what he does every day,’ he had read somewhere, or had he?

With the vision restored, he scanned the floor. Even at this hour, there was no breeze. The cooler in his room hummed, waterless, its pump acting like a boy, who having had already drained himself for the day but being overtaken by the passion, was only ejaculating the air out now. How long has it been since he had last tested his limit? Or surpassed it? And what was the number capped at? he mused. ‘If you masturbate frequently, you are bound to go blind or end up growing hair on your palm,’ someone who himself looked like a serial masturbator had told him and his friends. This was yet another of his fears. Former more than the latter. For if it ever came to the latter, the hair could be shaved frequently and handshakes could be avoided, all the friends, while they were once discussing the peaks of their virility, had mutually decided.

He continued scanning the floor for if the summers meant mangoes, ice-creams, desert coolers, light-colored half-sleeved clothes, and soft cotton pajama, it also meant lizards everywhere. On the ceiling, on the walls, on the dining table, and when the temperatures soared further, even on the floor. Everything about the lizard scared him, its clandestine movement, its eyes when looked into from close, the wagging of its tail, and the fact that it took a lizard only a blink of a human eye before it disappeared again. He fixed his eye on the ground and patted his feet on the floor, at first once, and then twice. Something in the distance seemed to move, or so he feared. ‘Fear is disastrous to a man’s sanity and the most decisive factor in one’s success or failure’, his grandfather had once told him, or was it someone else?

What is it about the remembrance that it always fetches more than what is being asked of it?

The morning was quite different. The sky wore the hues of the last evening making God seem like a lazy painter. Finding the ground clear, he decided to go ahead with the morning chores. A quick voice command switched the spiritual channel on and he mimed the words of the sermonizer as the video progressed.

Some time passed and he lost interest in what was being told over the video, and his thoughts began to waver again. He knew it would make him feel sad — this wavering of his mind, his increasing incapacity at staying focused on things in the present — when he would think about it in the night. And then he would console himself by saying whose fault was it – his or the preachers? And whose apparent failure?

If there have been so many fears, he thought, there have also been moments of respite. And so, he tried to remember all that, though fleetingly, had managed to take away from him the worries that have for so long been his constant companion.

Plants. His mind wandered and took him to a plant nursery that he had visited a few months back. It was the first time he had stepped into one. Close to the entrance gate, stood a small hut – where the owner was busy billing the purchasers. It was there when, for the first time, something miniaturized had fascinated him. The Bonsais – the Buxus, the Ficus, and the one that he had known at once he would be taking away with him – the desert rose. A few meters inside the nursery was the section that had the outdoor plants – tall palms standing close to one another looking both wild and soothing at the same time. And a little further from the palms, there was the Vidya plant that, the moment he laid his eyes on, had taken him back to the time when he was in school. Someone must have started it — because it never seemed to help everyone and died just like all other fabricated things do — that keeping the flattened branchlet of Vidya in your notebook would increase the longevity of the duration for which the subject could be retained in one’s memory. It had taken the school management quite some time to figure out that the plants of Vidya were not being devoured by some creature. And, soon after, in an open assembly, the students were all lectured – that though they had born in the village, they didn’t necessarily have to be superstitious, he hadn’t known the meaning of the word then. The Principal went on to add that wasn’t that why their not so literate parents had toiled to get their children enrolled in a school like that – to rid them of all the rural superstitions. Reiteration didn’t help either and he never really understood what was being told. He had stood straight and listened carefully, and then, on the next day, he had plucked two more branchlets for Geography and Moral Science.

Reading. For as back as his memory took him, he noticed that there was only one true solace in his life. The books. It has started casually, like most love stories do, had grown intense, as some love stories, and had kept on growing intense, unlike most love stories. When he had moved from the frivolous books – that needed frequent ‘unhooking of the bra’ to keep the reader hooked to the ones where the characters began presenting themselves as strong individuals – things had begun to change. Reading began to feel like having a conversation with someone who was you and wasn’t you. Some authors left an indelible mark on his personality by their craft, making him wonder if it was indeed natural for some people to write stuff as powerful as he had then read and that too so nonchalantly. Some books were so well written that it didn’t matter to him if by the end of them they had no lesson for him, while there were others, that often fixated him on the wall, he’d keep staring at the naked wall, and think about what he had just read, and if there ever existed or will ever exist any better definition of life and love than what the author had just said.

Thinking about the books also made him think about the people he used to discuss these books with sometimes or people who were a part of his life then. But no matter how much he tried to remember the specifics on the people that had once loved him and were now nowhere in his life, his memory defied him. Only the uncalled-for stuff would be recalled and that made him intense. And whenever he focused to fetch some good, howsoever little, it ended up making him sad.

What is it about ‘striking the balance that makes it the third most sought after thing after money and sex?

The playlist had moved three videos ahead and now the preacher was talking about establishing a balance. A balance in everything — in eating, in spending, in showing, in working. Only he who has balanced his life well lives on well.

His mind wandered again and he thought that this certainly was the most widespread lie and perhaps the only lie that wasn’t particularly occidental or oriental. Striking a balance was a conundrum. He himself had tried so hard to focus on what was lagging while the other was going fine only to find his brain overworked. An attempt to bring something lagging at par with where one was doing well in life was often achieved by compromising on the latter. Outside, God was back with his paintbrush and the hues began to change.

His voice commanded the system and shut the video off. The tranquility overtook everything once again. He went to the terrace and sat next to the Areca Palm that stood in a special corner provisioned so that it wasn’t flooded by the sunlight. When he had brought it home it used to reach till his shoulder, and now, had grown taller than him. He gazed at it, and then like a lustful man scanned it from top to bottom and then back to the top again. He looked for the portions that showed signs of damage and this action freed him of all the fears and the sadness of memories…

Akarsh Jain is an Engineer if one were to go by the long-abandoned degree that rests peacefully between the pages of a folder. He was born in Ashoknagar -- a town in the heartland of India. He works full time as an IT professional in Bengaluru, where he lives without any pets and without any wife but this is only because his work-life balance might be injurious to the pet and to the wife. He loves to read.