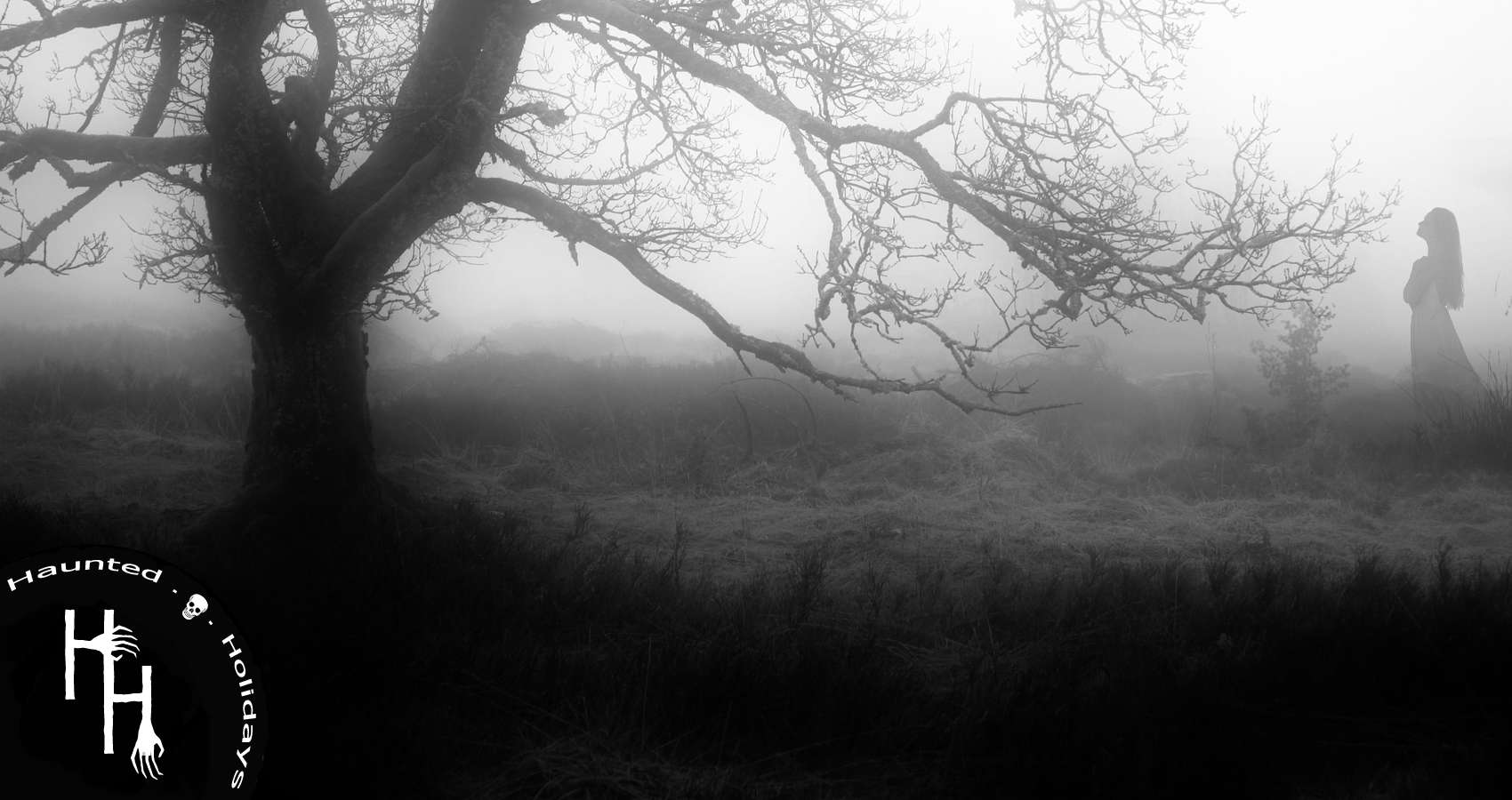 On The Night of Saint Andrew

Hear the wind hissing like a crazed whip,
hear it roaring like a mad thing,
the sky darkened, sun long dead,
moon a yellow thumbnail about to swell
among grey clouds, rising now and then:
a boat lost to life, hauling souls of the undead.

Hear the sad moaning growing over fields,
rising over graveyards, lifting those long gone;
hear the lost cries, sneaking over fences,
shapes and shadows lurking, nightmares of the senses –
no escape for living. Too late for weak souls!
It’s the end of year, that one blasted night

when the cold mists open, slashing sleeping plains
when the air is frozen that no scent should ebb,
it’s the touch of rot, of moldy tinge to dust
penetrating windows, seeping under doors,
tinging, stirring, pulling, even breathing in-
to unknowing, poor sleeping souls of living beings.

In the remote darkness where the evil stems,
on this one night, at November’s end,
only wolves call hither, edging from the woods,
their red eyes dancing to the fence and through,
while owl hoots raspy, the call of undead:
tonight they return to take what’s theirs.

Ghosts afloat, no footprints left on frozen ground,
dark forms crawling, lingering on rocks
the earth trembles, ground spits them out
not even the dirt likes their crippled touch
while near the headstone of the corner grave
a shape, darkest one, sends a jolt to all;

most evil of evils, most undead of all,
most feared and cursed, last to come, but first
to have waited, drooled, clawed at his locked box
shiver, twist and struggle till the clock had struck
midnight on Saint Andrew’s, one night in the year,
one night only – when evil creeps out, freed of fear.

The church’s tower faltered, the bell, a new crack,
the old fir tree fell
while in dark sky above
wicked branches curve
like claws closing in:
“it” is crowned in darkness, in moonlight’s yellow glow

all the ghosts now gather around their mastermind,
and spin tales of horror, all the evil done.
Wolves cease yelping, owls hide in wing,
bats dig deeper – none can stand such tales.
None can hear, can last, through the evil done,
none but them imagines such deeds to construct!

Ghosts of night, “strigoii”, of one night alone,
night of Saint Andrew, last November dusk,
when the gates stand open, gates between the worlds
when in the dark hour, then one hour more,
and another, nightmares, till that tinge of light,
fill the air, the ground, swim in all still lakes.

One more chance, last crossing, for “moroii” to try
grab the weak in spirit, steal the weak at heart,
this night’s for the “strega”, the “stregone”, “la stryge”,
for the “Strix”, “strzyga”, “shtriga”, the vampire, all!
Theirs it is, in blackness,
theirs to stride. And grab.

So hold your babe closest, leave your candle alight
stir the fire high, pile on it more logs
bring the garlic near, and the silver stick,
keep your wits about you and, mostly, a clean heart-
till the first glow tinges the church’s lone mast,
till that first echo of its unsung bell,

till the blessed sun’s ray
first, pierces the dark.
And this one night, darkest,
of Andrew’s Saint, when gates stand open
and darkness spills out
is over… till its time comes back.

In Romania, it is believed that on the night of Saint Andrew the gates between this world and the world of the dead are open. The troubled spirits, called “strigoii”, “moroii”, or vampires, can haunt the villages, tease the living, and do other harm. Similar sounding words are found in other Romance languages: in Italian “strega” means witch, “stregone” is sorcerer, in French “la stryge” is a bird-woman, in Greek we have “Strix”, in Polish “strzyga”, and in Albanian “shtriga”.

OCTOBER 2022 AUTHOR OF THE MONTH / 2022 AUTHOR OF THE YEAR at Spillwords.com
Novelist and poet Patricia Furstenberg has a degree in Dentistry and is the author of 18 books including DREAMLAND, 100-Word Stories, TRANSYLVANIA’s HISTORY A to Z, SILENT HEROES – chosen “One of the Five Books Everyone Should Read in Their Lifetime”, and JOYFUL TROUBLE – Amazon Bestseller. Patricia Furstenberg’s writing focuses on people, on how history surprised them, and on the footprints they left, memories that should not be forgotten.