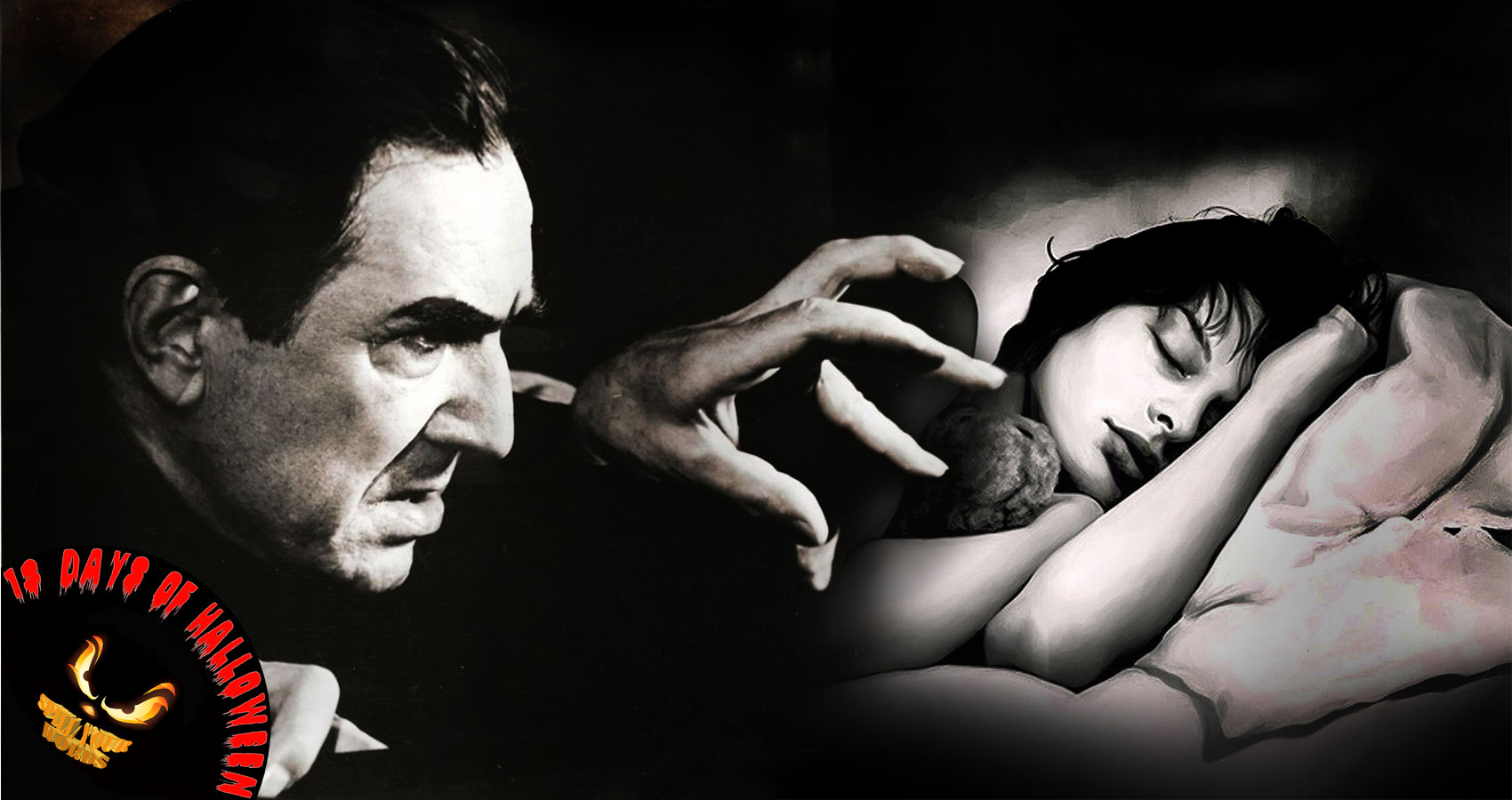 One Halloween Sunday afternoon I had my queen-sized futon mattress placed in the centre of our living room floor. Laying down because of my dodgy back I propped myself up on my left side, with my head resting comfortably in my left hand.

My partner, our two kindergarden aged daughters and I were enjoying a quiet Sunday afternoon playing UNO while telling g-rated stories about ghosts and witches. Missy Higgins’ ‘On A Clear Night’ album a warm lullaby in the background, until the door bell rang, sharp.

My partner got up and answered the door while I kept on playing UNO with my daughters. Our grey and white Tabby Cat Leo our youngest wanted to dye black, sitting by us, his tail swirling around as he glared at the front door.

Straining a little, I could hear a couple of unknown adult voices muffled with my partner’s so familiar, well spoken tones.

Living on four acres in Woodend, a few kilometres drive away from town we weren’t expecting any visitors until trick-or-treat time. Our girls loved Halloween, both were looking forward to being glowing skeletons tonight.

“Whose that at the door Mita?” my eldest asked, also trying without success to see past her mother’s back.

“Hmm…I’m not sure.” I said, “It’s probably just a couple of Jehovah’s Witnesses.”

I knew as soon as I said it I had left myself right open for that one, only before I could answer my partner returned to our living room, standing before me with a look of disbelief and trepidation on her face.

Trepidation was an expression I had never seen sweep across her usually peaceful calm features before, not even once in the past sixteen years.

Clearly it was not Jehovah’s Witnesses.

“It’s your FATHER,..with his WIFE. He wants to see you.” she replied quickly as if blurting it out would take away its sting. Barely believing her own words her perceptive Irish blue eyes scanned my face, unsure about how I would react, let alone respond.

“My father is here?”

I hadn’t said those words out loud in a long time. I felt fifteen again.

He was always Count Dracula from a black and white film to me. He loved stalking me at the witching hour, sinking his fangs into my nightmares, drunk on our shared Spanish blood. I would wake left drained.

During the day sometimes he was like a shapeshifter transforming into a demonic ghost, whose sole purpose was to haunt my thoughts. I had always assumed the next time we would hear about ‘my father’ was when he is dying, or dead.

His was a face I never expected to see willingly at my front door. Not after what happened.

The last time we had seen my father was not long before my twenty-sixth birthday.

After nine years out of my mother’s life and mine, he arrived to her funeral unwelcome, his chest puffed up with entitlement just as I was about to give the Eulogy.

So many people who knew and loved my mother, many of whom I had not seen since I was a teenager had driven to Donnybrook Cemetery to attend her funeral from all parts of Melbourne.

I was there with my girlfriend, now my partner and my youngest brother, each by my side, the three of us flanked by our closest friends standing protectively around us.

The sudden presence of my father unsettled everyone.

Whatever I said about my mother being both my mother and my father to me growing up, must have infuriated him as he stared bullets at me while I spoke.

These were the last words he spat at me after the funeral, when we walked right past him on our way back to the car to drive to my mother’s wake. My girlfriend and I had been together less than a month. Witnessing my own father say those words to his own daughter, words her own father would never even think, let alone say to her, shocked and angered her.

Living with my father the first fifteen years of my life I had heard him say worse, his words his main weapon of choice interrupted only by his belt buckles. His insults were no big deal as they were nothing new.

Those sixty seconds in his company were enough for my girlfriend to experience why I never wanted him to become a part of my life, or the life we wanted to build together. Blood isn’t always everything.

Occasionally I’d hear about him getting divorced, or married, yet again, from my youngest brother who from time to time did keep in contact with him. This was more than enough for me, as the mere mention of him would often leave me unsettled.

Yet sixteen years later, one Halloween afternoon, there my father stood, much smaller, much grayer, clutching a bunch of blood tipped flowers and a box of black chocolates, with his fourth, or fifth wife smiling by his much older side.

I could see two Ravens pecking at kangaroo droppings left on the grey gravel beside our Subaru Outback, Ruby.

“You’ve gotten BIG!..but your still beautiful.” he said, his Spanish accent as thick and as pronounced as I remembered.

At my mother’s funeral I had lost weight in sympathy with my mother, who wasted away in front of me from liver cancer within five terrifyingly quick months. I was even slimmer at the funeral than the last time I lived with him at fifteen.

Now standing with my front door open wide, facing my father as a forty-two year old woman for the first time, he didn’t know why I had gained weight.  He had no idea I had injured my back nine years earlier, lost my job a year later as I couldn’t sit, stand or walk nine to five anymore. Still couldn’t.

Next thing I knew my partner was giving my father and his wife a tour of our home.  My daughters hid behind me sensing my discomfort. We owned a beautiful Mt Gambier Stone Prestige house with four bedrooms, three bathrooms, two living areas, a library, a study, an outdoor-spa with a fully self-contained B&B like apartment attached out on our back decking.  It had its own private views of our endless gumtrees and was where I loved to work most even in Winter.

Watching my father take in the view I couldn’t help wondering if he was thinking about how I was mainly raised in housing commission flats and houses.

“If I won tattslotto I’d buy you this house.” he finally said, sniffing through his nostrils the same way it used to disgust me growing up.

I stood frozen, thinking ‘Buy my house for me? Why? I already bought it six years ago…oh I get it…he must think we’re RENTING!’

Of course he had always told me I would amount to nothing so why would he even consider I could ever afford to buy four acres of bush paradise in Woodend.

He didn’t know it wasn’t always this way.

Before we moved to Woodend my partner and I used to live in a modest two-bedroom Unit in Newport, driving slowly over the West Gate Bridge to the Melbourne every morning for work.

He wasn’t there the afternoon in June when I opened up a report from my workplace’s surgeon which said, ‘Cristina’s symptoms are bizarre and florid and she just doesn’t want to work anymore’.  Didn’t witness the rage I felt which flooded every cell in my body, the kind of anger I had only ever experienced once before, for him.

This rage I then captured, let it take me over and harnessed it as fuel to start my own home business determined to get off sickness benefits. Yes, it was the same kind of fiery desire to prove myself I had felt once before, for him.

My father didn’t know two years later I managed to go from surviving on sickness benefits, working sixteen, sometimes eighteen hour days using my laptop and my phone from the exact same futon mattress to getting off sickness benefits and retiring my partner from her job.

He didn’t know we have two daughters who didn’t even know I had a father before, as I never talked about him. He knew nothing about my family or me.

I remembered my mother after she first read ‘HIM’ a poem I had published about my father in my early twenties saying, “One day you’re going to have to make peace with your father, or you’ll never be truly happy.” Those words haunted me most of my adult life.

They haunt me now as my father and I stood staring at each other out on the decking. The whir of the outdoor spa motor kicking into gear interrupting the two Kookaburra’s chasing one magpie in flight.  It felt surreal as these uneasy, uncomfortable memories swept through my mind, one after the other like being forced to watch a ‘This Is Your Life Without Your Dad’ slideshow.

Yes he had haunted me for sixteen years even though he was not a part of my life.

I felt the dramatic urge to send my father away, tell him to leave and never show his toxic face to me again. I didn’t. The eight year old girl in me, his child in ‘HIM’ needed to know if he was still the same, or if he had changed? Blood is blood, so showing up on Halloween was a sign I decided to ignore.

I let Bela Lugosi in.