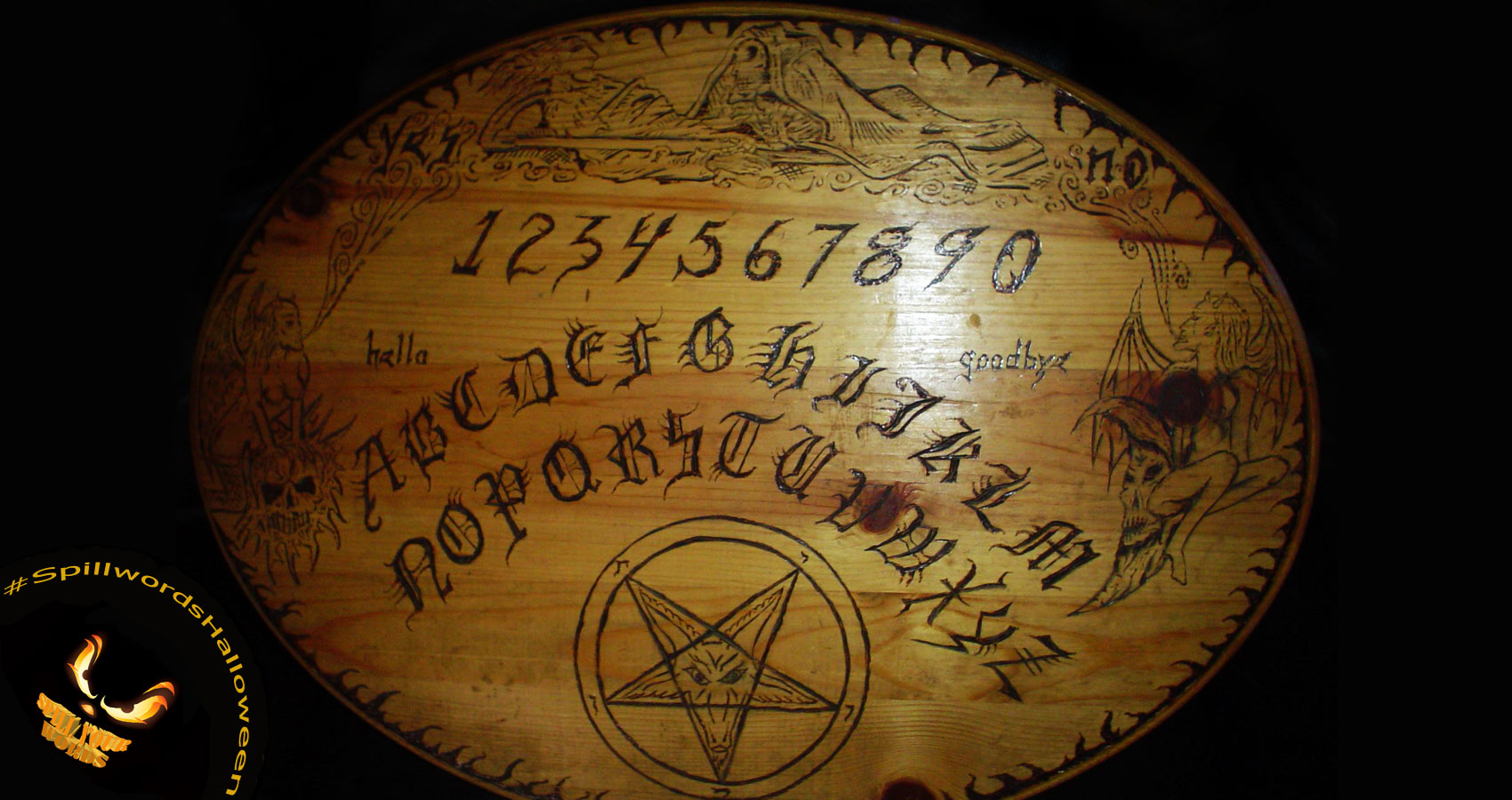 “Do you really think that this place is haunted?” Samantha asked, as her friend wedged the key in the elevator to access the basement.
“I don’t know,” Stacy said, “I stole the key from the maintenance man.”
“How did you do that?”
“I flashed him,” Stacy grinned, “I heard he was a major pervert. He sneaks women down here to have sex in exchange for crack.”
Samantha gasped as they entered the dimly lit corridors of the basement.
“Are you ready?” Stacy inquired, as she set up the Ouija board.
“Who are we going to contact?”
“How about Ben?”
“Rumor is, that Ben was a college student who snapped, and murdered his roommates. He used to get picked on all the time.”

A couple of days later, Samantha was awakened by movement on her bed. She flipped on the light. It flickered on for a second. The room remained dark. “Mittens?!” she shouted.
The cat was nowhere to be found.
She felt an invisible hand grab her face. Her grandfather’s apparition appeared beside her bed. She recognized his bushy white beard, and glaring eyes. “You should be dead by now you disrespectful little brat!”
He produced a razor blade, and handed it to her. “Do the world a favor. Kill yourself!”
Her grandfather was a schizophrenic alcoholic, who hung himself in jail while serving a life sentence for murder.

The next day, she awoke to find her grandfather’s apparition suspended above her, with a knife to her throat. “Why don’t you kill yourself?!”
This went on for 2 weeks. Every time he would appear with a different weapon.
Finally, Stacy decided to sleep with a bible next to her. She thought the ordeal was over.
Her grandfather’s spirit hadn’t been tormenting her.
Stacy walked into her office, and found her cat typing on her keyboard. She laughed as “666” appeared on the monitor. “How, cute, Mittens.”
A couple of weeks later, she noticed that her cat was typing on the keyboard again. The monitor began to bleed as the words, “Kitty wants to eat your eyeballs,” appeared on the screen.
Stacy screamed as the cat lunged for her throat…