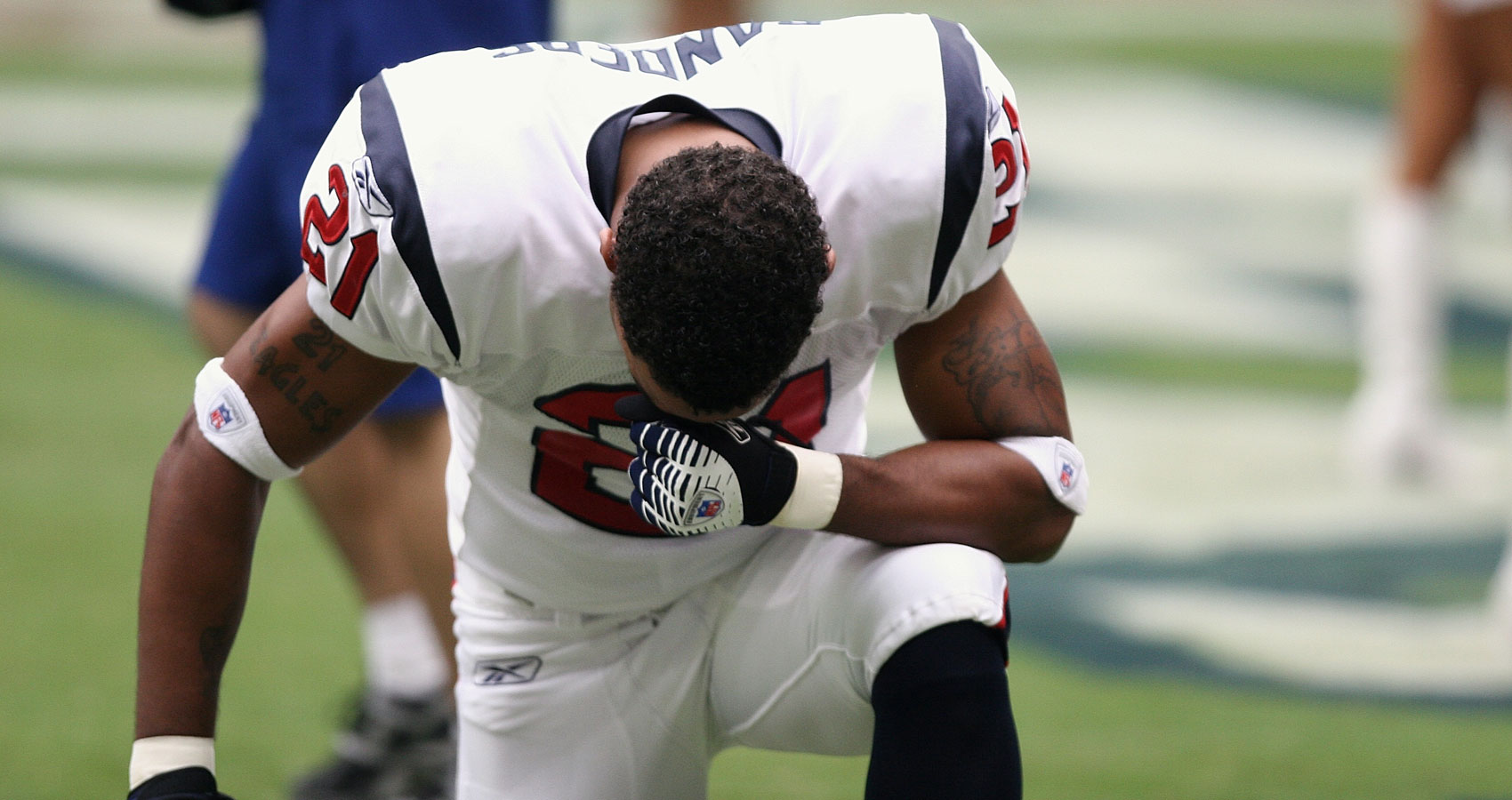 “Oh my God, they’re not standing for the National anthem.” Really? That’s what you’re pissed off about? Not the fact that black Americans are twice as likely to die by the hands of the United States police forces. The whole reason for starting the protest within the National Football League was to bring awareness to racial inequality. Yet, a lot of the American people choose to look away or find some other bullshit reason to get “angry”.

“It’s disrespectful to our veterans.” You know what? Let’s ask some veterans?

“My father is deeply offended, not by the players but by Donald Trump and those who attack the players for expressing their opinion. Seeing a player take a knee doesn’t offend my father but what truly offends him is when he hears someone say “it’s a disgrace to the men in uniform and those who gave their lives for the flag”. No, no it is not and if you ask most of the brave men and women who chose to serve this great country they will tell you that they might not agree with the protest but support the players rights 100%.” ~Anonymous~

“I am a disabled combat wounded veteran. I do not support this man in the white house and will never support him. I do support the right to express ourselves and that is exactly what I have done through my service. Your father is right as he can be on this.” ~Jasan~

“72 year old Veteran here. Not offended by the exercise of free speech. I am, however, offended by the many vile acts of Trump and the violation of the Emoluments Clause of the Constitution. Rampant “spoils system” appointments of unqualified persons to the Federal government. Treasonous contact with foreign governments. A persons bent on throttling democracy here and worldwide. Nepotism appointment of persons to department heads. Cabinet posts who are dedicated to destroying the agencies to which they are appointed. Determination to destroy the health care system to get revenge on Obama for ridiculing him at Correspondents’ Dinner…oh, heck, etc.
We must all contribute time and money to ridding ourselves of him and much of the Republican Party. I am a registered Republican. The party has been taken over by climate change deniers, zombie Confederates, religious zealots determined to conjoin religion and government,….oh, heck, etc.” ~Fearful for our country~

1) Thank you for serving the country. More than likely you, made the personal choice, signed up to serve. It’s a global business just like anything else. Why do Americans “need” to respect you? Is it because it’s the “right” thing to do? Does it make us look more patriotic? Are all the cool kids doing it?

2) I’m not saying I don’t have my reasons for respecting the men and women in uniform but ultimately this whole “It’s disrespectful to the veterans” statement is just another smoke and mirror deterrent to take away from the number one reason the kneeling during the National anthem began. Do you remember what that was? You just were told in the first paragraph.

While pissing people off, lets address something that, to many, shows ignorance at its finest. Stop using people of color to defend your semi-racist *I’m not a racist saying* passive aggressive behaviors. Speaking as a black man, when I see another black person stand up in the way of what we’re fighting for I see a person that has decided to shuck and jive for the media as another deterrent and now given white Americans the right to use him/her as a golden child for justifying such bullshit. Because now they can say they know a black person who agreed with them. How about this? Stay off Facebook, research the cause, and give us your point of view. Did you just ask what cause? The stoppage of police brutality and freelance murder of unarmed black people is the cause. Damn. Keep up.

You can’t be a thug in the clubs on Saturday and a Civil Rights activist on Tuesday after a Monday night football game. Oh excuse me I meant a Civil Rights activist on Facebook. How can we, as a people of color, say we have tried to communicate with the people that don’t agree, or simply don’t understand why we are outraged? Have we sat down and listened to their stories as to why they may not agree? How do we react when they still don’t agree with us? Are we quick to call them a racist? Which some are; but others are just ignorant. There are people that, no matter how you try to explain it, already have it brainwashed that Jesus is the answer. Now is not the proper time to be all holier than thou without an active plan that supports why Jesus is the answer. That’s like if I asked “Where’s the nearest gas station?” and the response given is “Filler up.” It makes no sense.

To the NFL fans that say “Leave your political cause out of football.” What would have been the best way to protest? According to AForceMorePowerful.org there are at least 198 ways to nonviolently protest. Guess Colin Kaepernick picked the most effective one. Where would have been the best place to protest? According to the American Civil Liberties Union better known as the ACLU an article titled Know Your Rights: Demonstrations and Protests; Colin Kaepernick and the rest of the NFL employees are within legal guidelines to protest. Do you think the players, coaches, and owners are breaking the law for not standing for the National anthem? Sorry folks there are no such law that demands any of us to stand for the National anthem. The closest information I have found that, I think, many people are referring to is from Cornell Law School the U.S. Code: Title 36, Subtitle 1, Part A, Chapter 3 section 301 -National anthem; which basically explains the proper etiquette on how to represent ourselves during the song itself. However it is, not, a requirement to stand at all. Nowhere does it say “must” or “shall” stand. Also, the flag doesn’t even need to be present as the song itself plays.

Did you know that the National anthem wasn’t always played at sporting events? It wasn’t until World War I, in 1914, that it became popular and patriotic because more people were being affected by the song due to the government drafting their love ones and major leagues baseball players at a rapid rate. Major League Baseball (MLB) was the first sporting event to play “The Star Spangled Banner” in 1897. The song itself didn’t become our “National anthem” until 1931 after World War I. Also the National Football League (NFL) players never took the field before 2009; with the exception of observing the National anthem for 9/11. How has the protest really affected your Buffalo wings eating and beer drinking experience during the watching of the games? Has it maybe helped to open your eyes to just how serious black Americans are taking this? Or has it brought out our true colors of division, as Americans, that we continue to blanket under the Red, White and Blue.

Published author that writes free verse, prose, poetry, research and most importantly from the heart. My writing has more of an urban point of view and style. Simply because I am an African American that have seen and experienced things that people of other cultures may never see. Though I'm hoping to share reading material that we all could respect and continue to be open minded about.

I'm a husband, father, business owner of BRAYNE, LLC, a clothing company that promotes positivity by way of fashion, a writer, a student and an electronic engineering test technician. Life is busy but I'm striving to live my dreams with my great family that I love deeply. There are times when I feel like a failure. Then I look at how many times I've fallen just to dust myself off and continue running the race. Now I can look around at my life and see that my "failures" were just locked doors that God wasn't ready to open yet.