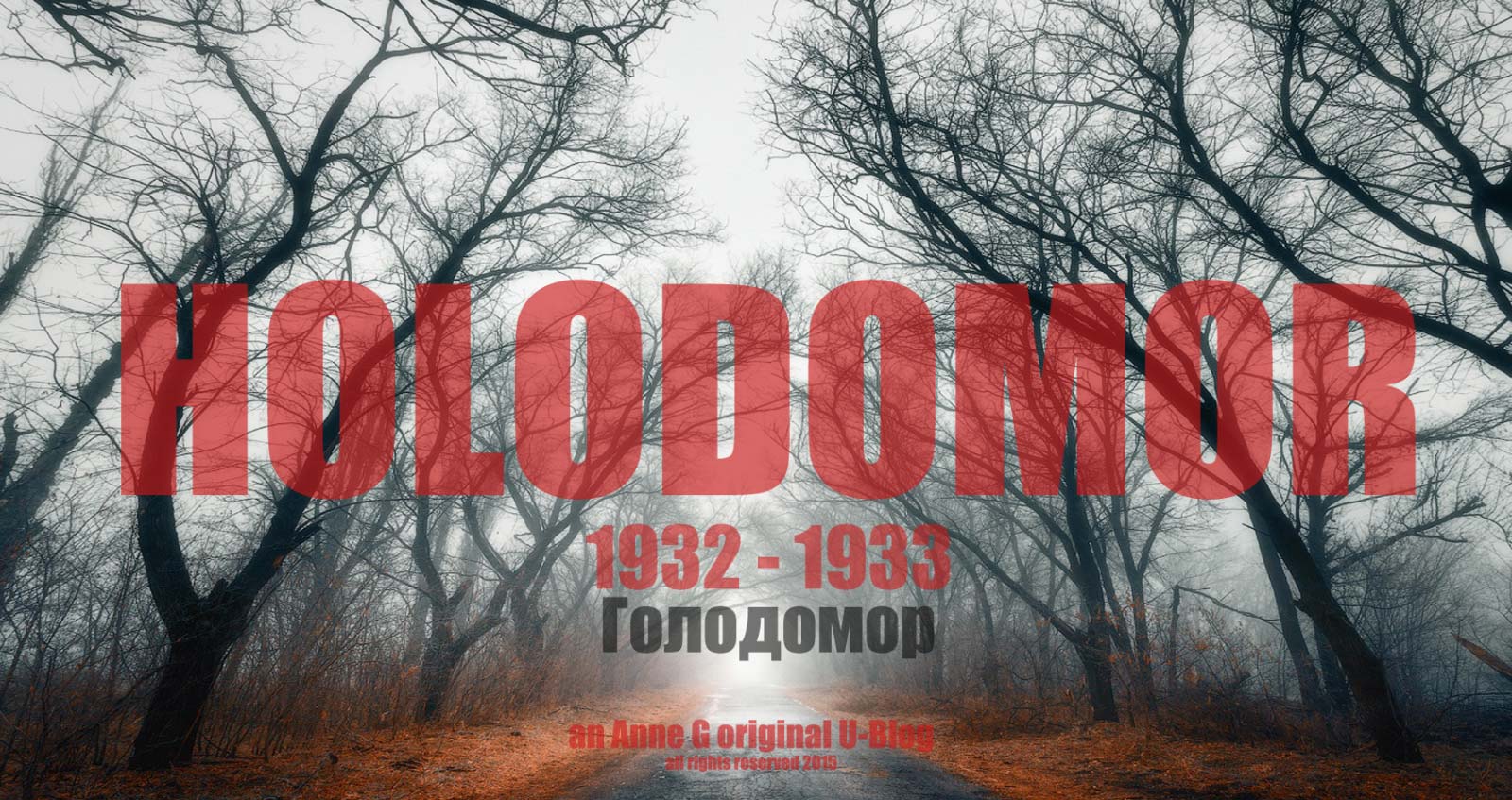 Holodomor [Голодомор], the Ukrainian term that describes a man-made famine created by the Soviet Union (Russia), and thrust upon Ukrainians from 1932 to 1933. The Soviet famine “Extermination by Hunger” or “Terror Famine” campaign took the lives of untold millions.

Failure of grain crops throughout the Soviet Union became the catalyst of what is known as the “Famine Genocide”. Offers of humanitarian assistance came from all over the world only to be rejected by the Soviet Union and with that the wheels were set into motion. Within a year, millions of people, mostly ethnic Ukrainians, were slowly and painfully starved to death.

It is widely believed that the underlying reason for this horrific genocide was to exterminate the masses and subjugate the living in order to eliminate Ukrainian independence. An insidious and nefarious plan devised by one Joseph Stalin who history has shown to have been a very real and brutal monster.

Today it is Vladimir Putin, who’s intention is the same; to eliminate Ukrainian independence. Putin’s Russia has invaded the Ukraine and is waging war against its citizens. His unscrupulous methods include abduction, intimidation, coercion, destruction and devastation. The goal, to annex the whole of Ukraine by force and military strong-arm tactics. He too is a monster!

The evil that has been visited upon Ukraine and the Ukrainian people is unfathomable. If you have never read the history of Holodomor, I urge you to do so. Ukraine has be tortured, starved and murdered by Russia throughout hundreds of years. Centuries of abusive history which is repeated and continues to this day.

We, the people, are part of a global society. Our ability to communicate has evolved to lightning speed. Today, we can be the collective voice that supports the Ukraine and the Ukrainian people. A people fighting for justice, freedom and liberty, and, the right to maintain its identity as a sovereign nation.

The House of Strays