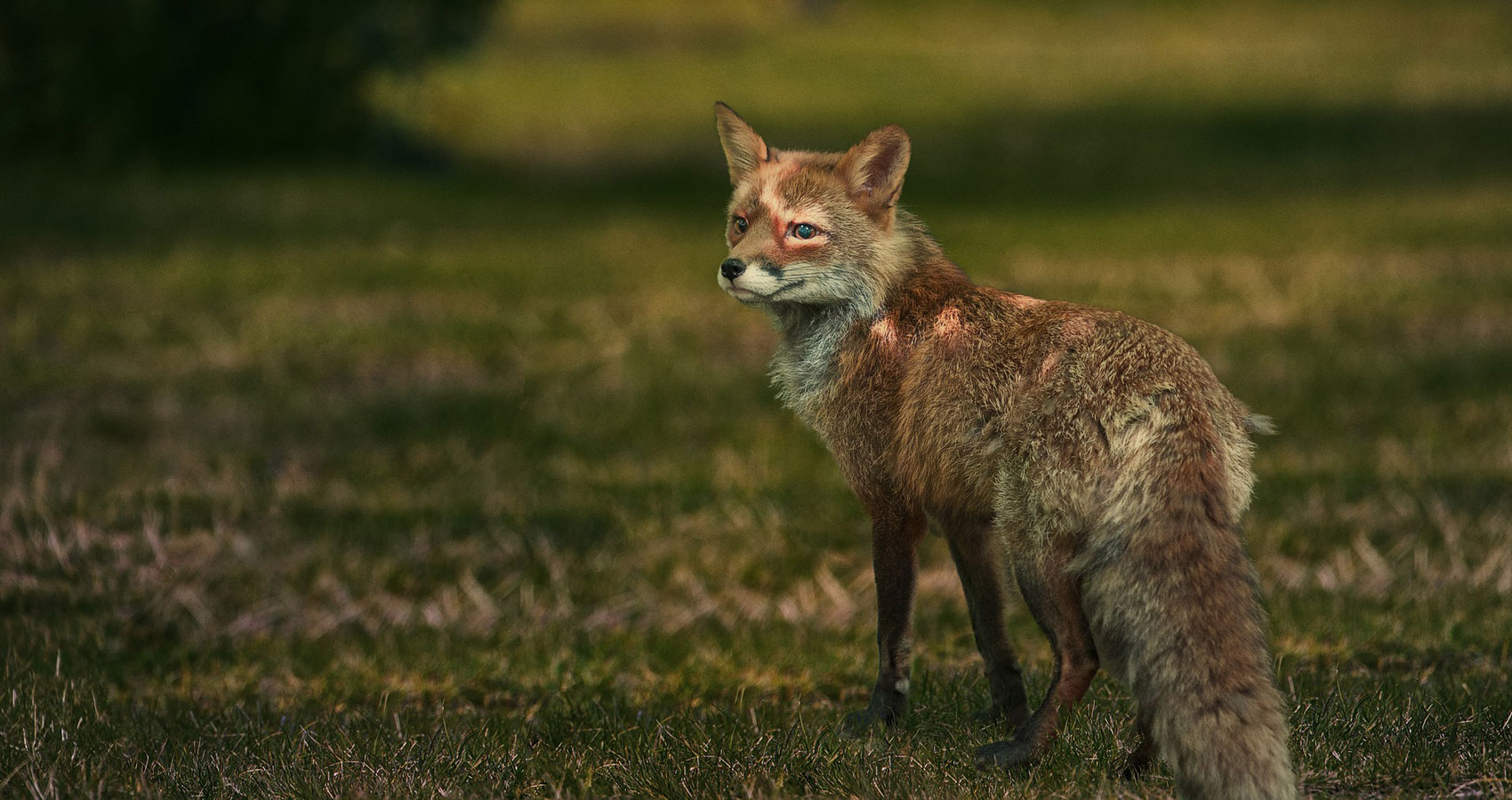 I watched the fox, rat held firmly in its jaw,
Trot across the street, lithely avoiding the cars,
Ears pricked up.

It slithered under a fence and weaved through the undergrowth,
Not once acknowledging my presence.
Disappearing in the night, it yelped out its echoes in the wood
Licking out worms.

The shadowed moon slung down its light
Like weak silver bristles from the back of a carved out hedgehog
A fox’s nourishing dessert
Slicked-over with newly deposited fox saliva.
It had screamed as it was consumed-unable to die!

The crow stabbed at a newly dead rock pigeon
As the stalking cat pounced……
Death mingled!

Joe, who lived near me, waved:
I waved back, wondering why he saw nothing.

Around us nature in the cities creeps
Discreetly; from the hedgerow the fox peeps,
Nature red and raw
Acts out its struggles by each front door!