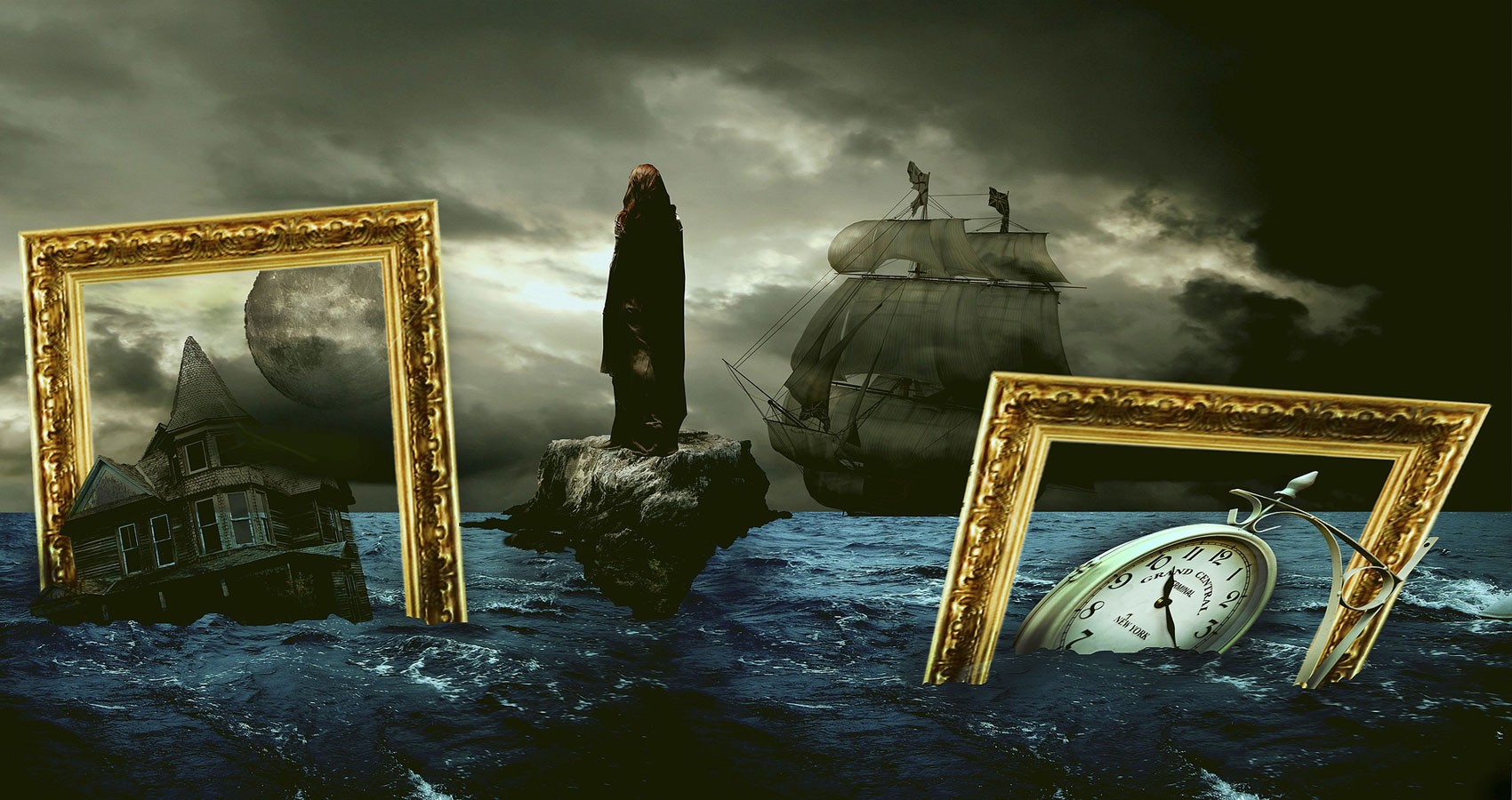 Real As Real Is Real

Real As Real Is Real

Many moons ago I realised that moons are a thing we perceive when we look for,
and at them.
That the rock you stand upon is there to stand upon but is also there because you stand upon it.
I see you in the movie that runs behind my eyes.
I have only to realise that the reflection I perceive on the back of my brain is just a dream.
A dream that I or a version of me has decided to have, is having or has had.
One that I had only after dreaming more perfect versions of me, and becoming bored with it all.
For in the infinite choices of life that can be and has been or is yet to be we are all just one perception of each other.
There are some things which need not be put to meter, they have a tempo all by themselves.
This pattern resonates deep within the levels of your consciousness and becomes subconsciously aware.
You know you are more than this, you fear nothing but the fear of a potential of unrealised and unrealistic dimensions of alternate realities as yet unfounded.
It is only in the consciousness of the potential reality of a fear that the reality of a fear becomes a conscious reality.
Leap of faith dare I say, to close one’s eyes to the solidness of the world you have created and dissipate it, disappear it; dissolve within it and delve into the dissolution of separateness you have been sold.
When you are ready to wake you will create the alarm. When you are ready to realise that the alarm is being used to awaken a sense of now in a piece of an expanding universe.
That the pieces in you, those which are in touch with the pieces both here and those at the furthest edges of the expansion are still connected.
Then to realise that death is just a way of deciding enough is enough and to become again what you think you want to be but eventually realising you are.
To realise that when you imagine you are actually remembering things you were and that in imagining these things they are once again real, somewhere, sometime, somehow.
To know that real is a perception brought about by the limitations of a construct, existing in a bubble of time that popped so long ago.
That strings of the existence of this bubble are still expanding and show no signs of ending until it reaches the limits of the next bubbles expanding walls, and on, and on, and on, and on we go.
To infinity, and beyond.