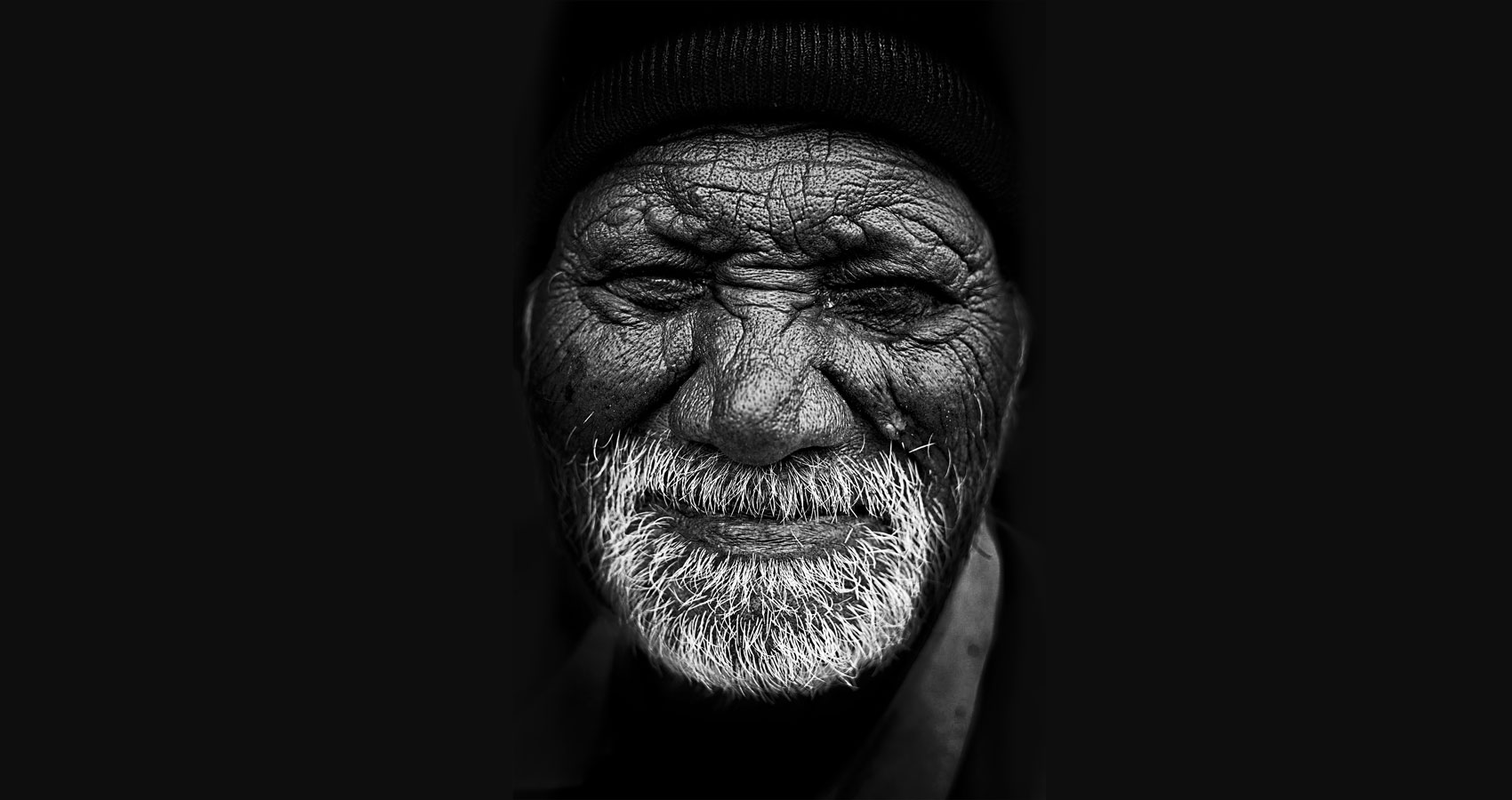 Review of Paul Dunbar’s Poem ‘We Wear The Mask’

‘We Wear The Mask‘

The very thought that comes to my mind while reading this poem, is the highly acclaimed film ‘Limelight’ by the master comedian, Charles Chaplin. The unforgettable pathos that exists under the veneer of laughter is closely projected too, in the famous Raj Kapoor film, ‘Mera Naam Joker’. Apart from the life of a clown, we too are in a way wearing masks to deceive others for good or bad, or even lying to ourselves and our feelings, to get the most out of the situations we are in, or of others, and ironically life is responsible in making us so. We are also afraid of looking deep inside us, fearful of seeing our real selves and our own objectives, believing in what we want to believe, no matter how false it is. It is like living in a fool’s paradise. We refuse to accept what we really are and therefore refrain from introspection. So a covering or mask is important.

Paul Dunbar in this poem expresses the agonising oppression on the black people. It bleeds their hearts, (just as Christ bled after the crucifixion) but the unbearable pain is masked with a smile. The masked smile or ‘grin’ is inflexible because it’s not genuine. It speaks ironically of the stamped and unalterable exhibition of fake happiness. The mask hides the cheek because underneath, it is streaked with teardrops. More so the eyes, which we surmise, rain tears. So whatever we see outside is not the real truth. The mask has a false look of joy. Be it society or life, the poem is not only about the plight of the coloured but also of deprived humanity which exists all over the world. In the case of the common man too, from all walks of life, the tortuous battle for existence has made them, liars and hypocrites. Oppression comes in manifold guises. Psychological, financial, moral, political, social, spiritual, religious, domestic and self- inflicted. In this poem, the pain is more acute. The coloured people have to bear the relentless onslaught of injustice only to exist with just the bare necessities of life, leave alone with dignity! Apart from hiding genuine feelings they “mouth with myriad subtleties“. The same applies to all ordinary mortals like us. We do not talk in a straightforward manner, in order to retain the mask. The function of the mask is double. It deals with the double, like the devil in disguise of a dervish. It replicates and duplicates. It protects as well as demeans our integrity. It is, therefore, a facade which perpetrates and instigates dualism. It lures us to our destruction. (Refer to Goethe’s ‘Faust’ or Marlowe’s ‘Doctor Faustus’ or Shakespeare’s ‘Macbeth’) . There are hidden meanings and interpretations that can be deduced from our words. We talk in riddles, talk in a wily and serpentine manner in order to keep our mask from falling off! In other words, we keep on ‘lying’ and ‘pretending ‘ just to exist in this world. However this is an age-old practice, otherwise the downtrodden could not have survived. Not only the downtrodden but also like the above mentioned rich and famous. We talk in double entendres. How closely it does resemble the parlance of the witches in Shakespeare’s ‘Macbeth’! ‘Double’ is a keyword here. Macbeth echoes the same words the witches utter, a moment ago. “So fair and foul a day I have not seen“. ‘Macbeth’ as a play is, of course, a masquerade! But in our life, we go even further. There is a touch of satire in the word ‘subtleties’, defining the various kinds of inveterate cunning and the extent of lies, poses, and pretensions involved in wearing the mask.

In the poem, the mask stands as a protective symbol of survival. Yet it is tainted with guile. So the poet and the people cry in pain and guilt, to the almighty, for being forced to take resort to such duplicity in order to just survive. Their souls are tortured too, for this reason. Their mental and physical pain become unbearable! The sufferers sing while their hearts are sore; to Him, who metes out justice. But it is in vain, for they know that their song is futile. Yet there is an element of hope, that perhaps their prayers will be heard one day. But practical experience says that the anguish of not only the black people but the weaklings all over the world will not be mitigated as long as the strong and powerful inequities are not vanquished. The mighty are under the delusion that the underlings are well and happy. Their lack of conscience makes them believe or accept this delusion as reality, for it provides them with complacency. The victims keep them so, for fear of igniting more repression and indignities by protesting. Therefore there is no question of revolt, even though history had proved otherwise. So the downtrodden have no other option but to smile and speak pleasingly, without expecting anything more from the privileged class. They sing hymns to God fully knowing that the ‘clay is vile’ and there will be no respite for them. Their songs become cries for mercy. ‘Clay’ or soil refers not only to a particular place but the world itself. A ground where one’s feet are strongly rooted. From where one can grow and plant freely. But their own soil becomes vile or traitorous. The soil may also refer to the place of birth from which the people (here blacks) are uprooted and harnessed as slaves or servants elsewhere or prevented from exercising their own rights in their own motherland. The inhabitants become the ones who are ruled, by the outsiders. Loss of independence. Life of hardship, poverty, under the powerful. So the breadth expands. The poem is no more restricted to the suffering of the blacks but also of the weak by the strong and powerful. Survival of the fittest has been the call from the time of existence. In this terribly wicked world, it is not frail and suppressed who only wear masks. Guile is also the weapon of the strong to lure the unprivileged into an assurance of its integrity. In ‘Macbeth’, lady Macbeth advises her husband, “Look like t’ innocent flower but be the serpent under’t“, before murdering Duncan. (This reminds me of the masquerade executed with a brilliant eerieness in Kurosawa’s film, ‘The throne of Blood’ based on Shakespeare’s ‘Macbeth’, where he masterly uses the traditional Noh theatre form, without using the mask, creating a static makeup of explicit expression, especially of lady Macbeth, which is as real as a mask itself, painted in a way which describes her as a witch incarnate.) The weird sisters’ talk in double meanings to mislead Macbeth. They are neither female nor male. Their lack of identity is also a mask. In our lives, we use several veneers according to the roles we play. From the oppressed to the oppressor, the mask is necessary mostly in modern life. In the race for power and achievement, we revel in split identities. Duplicity is also an instrument. The poet here uses it as a shield to oppression. But it can be used beneficially too, as a covering of one’s own grief, so that it does not affect the near and dear ones. Here in the poem the heart-rending cries of the tortured, rise up to Christ, as an elegiac song, an ardent plea, and as an expression of misery, for being hypocritical; for Jesus is innocence incarnate. Ironically he himself had suffered for humanity and had sacrificed himself like a lamb. He is the one who can empathise with the tormented. He only can understand the reason that compels the sufferers to become the masked children of God. The pathos lies in the lack of succor because the ‘vile’ earth will never acknowledge their anguish nor will their misery disappear, for these people are like Jesus, who paid for the sins of others as they are paying now, with their blood, to keep the oppressors oblivious of their plight. They are the sacrificial lambs slaughtered to keep the rich world happy with their own blood. The last line appears to be a resignation under the protection of the mask.