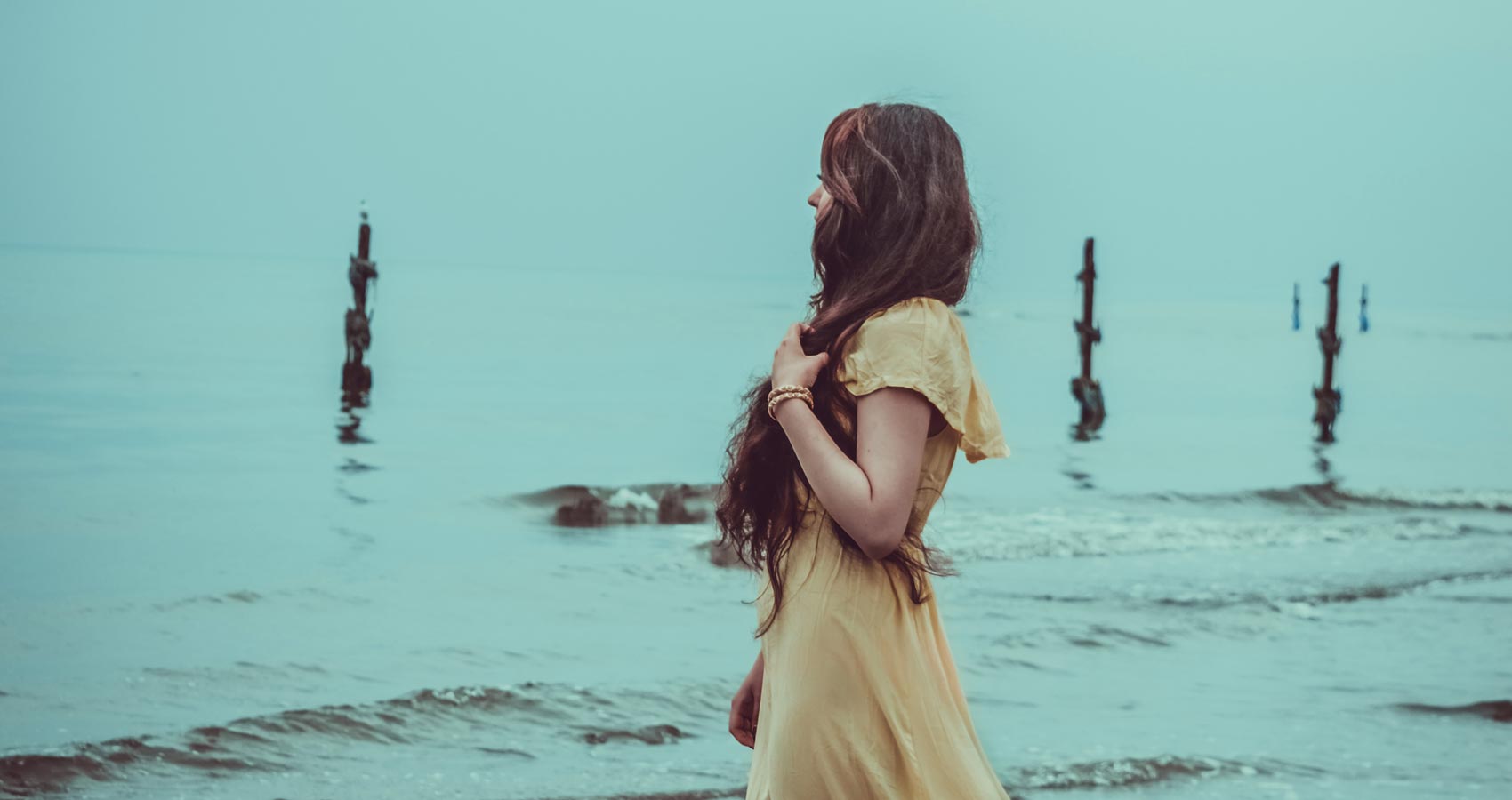 Let it flow, this tapestry of unsung lyrics between our blue, virgin silence.
She sat, demure, incandescent, painting a riot out of her shards.
‘I haven’t come to speak’, she said, ‘words might be superfluous’.

Caressing the silhouetted sea of silence, her wordless stories scatter in the wind drift.
The azure blue eyes of the ocean gulped her dark truths and her agonies flowed,
Dissolving in the womb of the gushing waves, like an indolent, sweet symphony.

‘Let it flow’, she said, ‘the revolution of angst starts, in this penumbra of silence,
The moon withering away with the body of loud, savage happiness,
The darkness between us, the shooting pangs of the still quietude playing the fiddle overnight’.

The truant syllables of the night played their course; towards the dawn, she asked,
‘See, now the sun will peek out. Wouldn’t you return to your room?’
She held his calloused hands, his resilience, he picked her up, knowing her doom.

The night had left its washed out raaga in the oceanic shore…
Had the tsunami of that fateful, gusty night plundered all her bejeweled glory,
The chastity of her words, the sanctity of her touch? Could she go with him again?

‘Come with me, to my room of broken mirrors, my ultimate soulmate.
Some, let us slither in this amnesiac sand dunes, clutch the strands
Of my disheveled hair…pull me up from decades of my debris, and I won’t shout.’

Let it flow…it’s a quiet call of the land now, after the pitch-dark spent
At the loquacious sea. You are composed, and so, am I, we strip off our pride
Of being haughty candles, a lone flame flickers now, the residue of our nemesis.

She opened the window pane—in her room, from a distance,
The lighthouse beckoned, with its light, perennially revolving.
The endless pangs of waiting engulf both, as the silence of the night dissolves.