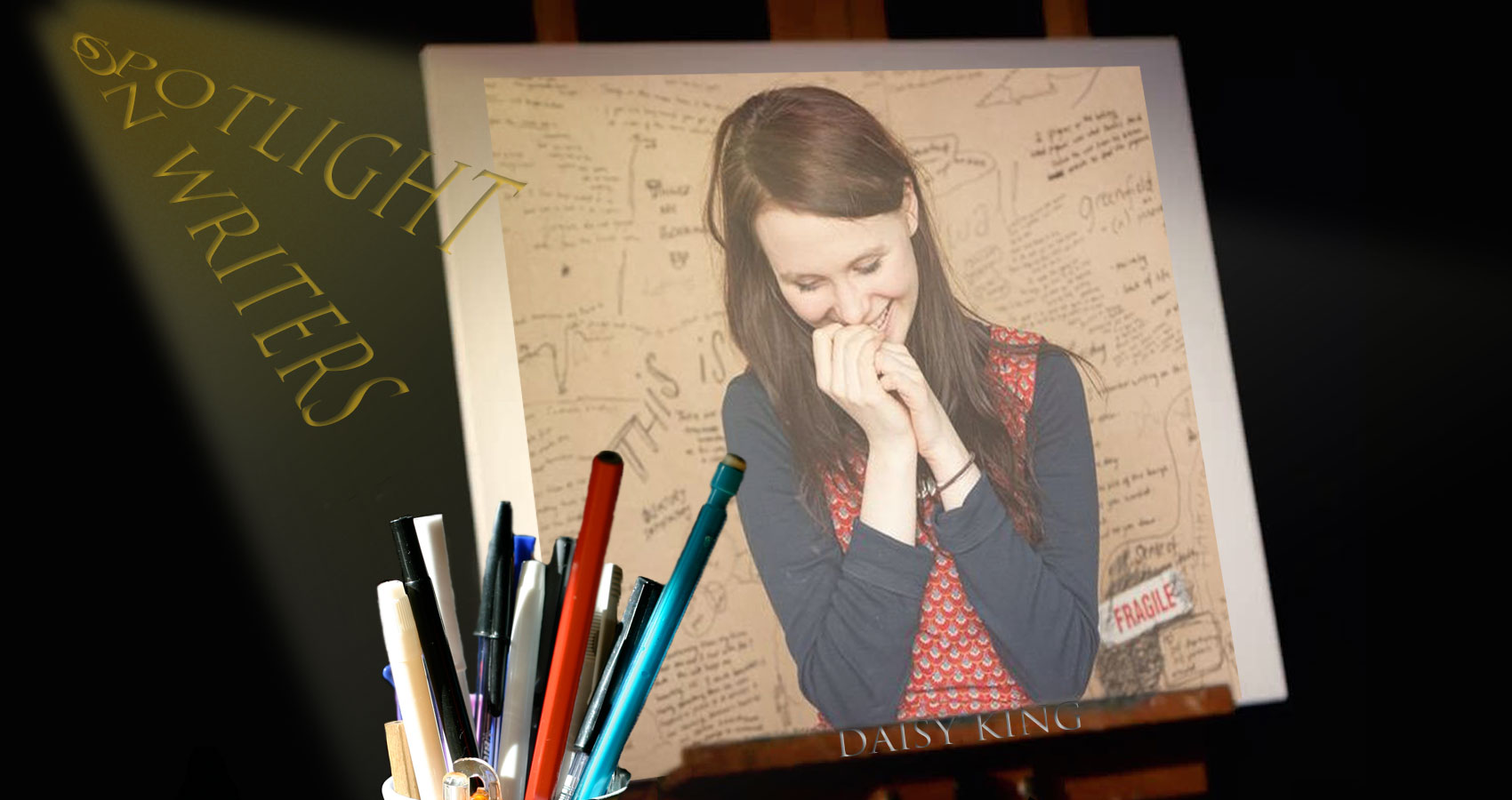 Born and bred in The Great Smoke, I’ve lived my whole life in London, I grew up in a townhouse on one dead-end street a few streets away from Harrods with my father, mother and younger sister. When my now-stepfather turned an unused garage near Notting Hill Gate into two adjoining houses- one for himself and one for my mother, sister and me- most of my adolescent years were either spent living there or living on an eating disorder ward at a mental health facility. As I pursued both my Bachelors and Masters of Science at University College London, I’ve hailed from the areas near and around Hampstead Heath, a vast stretch of green and hills and trees- which are great for climbing- and the Heath is like a drop of something remote, all surrounded by city blocks and sounds, skyscrapers and suburbs. It’s nothing like the urban wilderness that is London, but its own kind of wilderness, and I don’t think I could ever live somewhere in the countryside, I am lucky to be a walk away from a little piece of it- and the view of the city skyline from Parliament Hill, its highest point, is one wonder of my world. But really, even though I’ve always lived in London, I’ve never really felt like I hailed from anywhere, in this city, in England, or otherwise.

The aforementioned places I have lived in London have, in all honesty, never felt like a home to me. I am by no means saying that I have no home or that there has never been a place I’ve lived that felt like one, but I don’t think that home has all that much to do with a room or a roof or a town or even any place on a map. When think of home, I think of people. I don’t put roots down in places but in people, wherever in the world they might be. When I’m at home, I’m with the people who let me feel the way a home is supposed to make you feel- safe, comfortable, inviting, accepting, and able to be totally yourself. The greatest thing about my home, therefore, are the people who I am lucky enough to have in it. Right now, the most wonderful thing about my home is the exceptional talent and exceptional kindness I am surrounded with that exists in those people. By disposition I am anxious, and inarticulate, and perhaps socially inept for being a mess of neuroses and too self-conscious, but when I am ‘at home’, those fears and frenetics slip away and I don’t feel such an urge to cover my face when I speak, or to worry that the words I say aren’t worth being heard. The home I have found in the people whom I love is my escape from feeling afraid, and in this home there is always music and colour, compassion, reasons to laugh, and the reassurance that, to one another, we matter.

The experiences of people, getting into their shoes and seeing the world through their eyes. We see the world through a pin-prick sized hole, and it’s through reading others’ words, listening to them, or trying to see things from their perspective that we can widen our scope of vision and see more, understand more, learn more. I think that some mistakenly believe that everyone has a homogenous way of thinking, that their cognition works in similar patterns, but that has never seemed true to me. What turns me on creatively is when someone tells me about, perhaps, a certain feeling or reaction or thought that’s utterly idiosyncratic and surprising, and above all, very different to my own.
Some sights I like to call ‘small spectacles’ put me in the mood- skylines, twilights, seeing elderly couples holding hands, seeing couples that appear at first glance like you never would expect them to have met because they seem so different, Allen Ginsberg’s photographs, the Rothko rooms, a street called Flask Walk near where I used to live on which there is a crowded, dusty little second-hand bookshop whose owner knows precisely where everything is and gives volumes away for free because he gets too many brought in, and the look on a person’s face when you ask them a question about, or they have the opportunity to talk about, that which makes them feel most passionate and excited- whether it’s dinosaurs, recycling, space travel, or Kant’s Critique of Pure Reason.
There’s also the literature of the Beat Generation and learning about that whole zeitgeist through reading interviews with the major poets and players and the long letters they wrote to one another over the years, or listening to a record I have of their poetry to the backdrop of jazz. William Burroughs’ famous ‘cut-up’ method has often provided the friction to spark new ideas, as well as being a lot of fun. Finally, in a more practical sense, poetic rhyming schemes and particular poetic structures, particularly the pantoum, are ‘creative turn-ons’ for me, because I enjoy the challenge of writing according to a set style, using another poet’s work as a sort of palimpsest or taking inspiration from the structure they have used in a specific piece, or attempting to create my own style.

I both love and dislike this question because one of my prominent interests is language (linguistics, etymology, the linguistic relativity hypothesis, and the phenomenon of lost words) and I have a lengthy list of favourite words, many of which are words that have been phased of our present vernacular, or are in the process becoming obselete, due to infrequent usage; I dislike it only because it’s impossible to choose just one! And my chosen words are favourites for different reasons- it could be the meaning, the phonetics, or the aesthetics in how they are spelled.
For its meaning, my choice is “petrichor”- If it weren’t for sounds of the war on television, I might have mistaken the breeze of petrichor and birdsong and twilight for the trappings of a dream.
A pleasant smell that frequently accompanies the first rain after a long period of warm, dry weather.
For its spelling, I’ll pick “glockenspiel”- Her hands were a circus to watch on the glockenspiel, the room growing warmer, the memory of a cradle song closer, with every note, knocking us back in time.
A musical instrument composed of a set of graduated steel bars mounted in a frame and struck with hammers, used especially in bands.
For its phonetics, I’ll pick “plosive”- Each plosive word that played on his lips carried mine a touch closer to kissing them.
Denoting a consonant that is produced by stopping the airflow using the lips, teeth, or palate, followed by a sudden release of air.

Something of no importance that annoys me for no real reason is whistling-people whistling in public, like on public transport or when sharing a lift. I just don’t know why these whistlers think that everyone around them wants to or ought to be subjected to their choice of tune, and by means of a whistle nonetheless. Anyone who knows me is aware that it would take a lot to make me angry, and when I do become angry it is usually manifested in tearfulness rather than a display of rage, but I am annoyed by acts of open mockery or of intolerance. Even if seemingly inconsequential to others, bearing witness can make me extremely peevish, or even tearful/angry.

As much as I love words and their dictionary definitions, I don’t believe that people can be assigned an arrangement of meanings, for it would be impossible to delineate something so complex, so abstract, and so unknowable as a person, even when the person is defining themselves. And something I learnt from my studies is that the memory is so malleable that we might look back on our lives and see a consistent narrative we can easily explain, but only because we have, unwittingly, made adaptations so that we remember it as such. Self-identity is such a messy thing, and due to the problems I’ve had in the past with an eating disorder, I’m aware that my self-perception remains skewed, as if I see my reflection in a fun house mirror. I have to trust other people to tell me the truth about how I appear and how I might come across to them.
So that I might find a way to define myself, I have done that; I asked others for the vocabulary that they would choose in my definition, which is as follows: chaos, poetry, creative, mess, Kerouac, clumsy, writing, brains, stickers, saying sorry, word play and wrecking ball.
When I see that terminology clustered together, it seems that I am defined by what I make and what I make a mess of. And perhaps how I’m trying to make up for it.