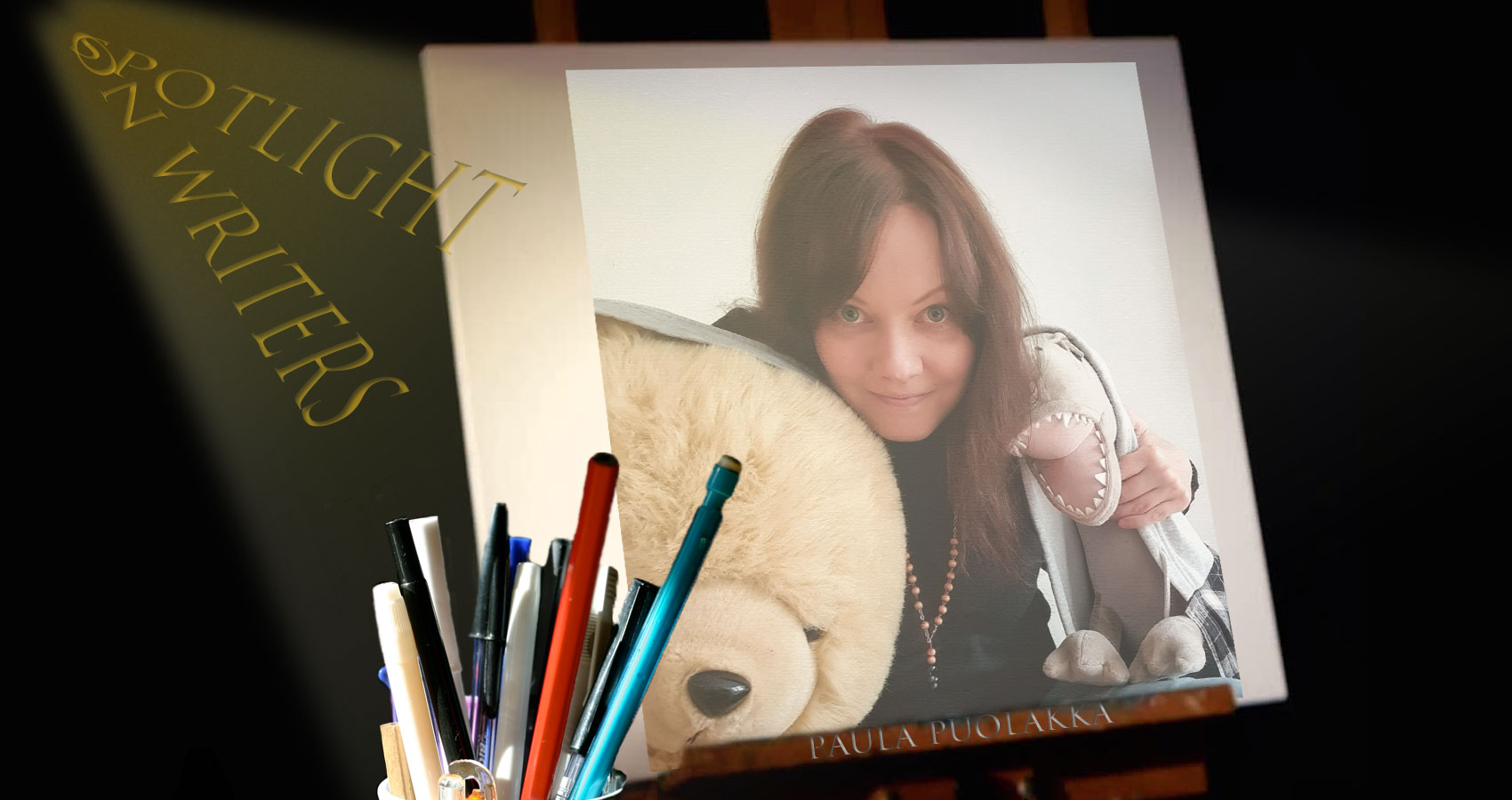 The greatest thing about Finland is that Finland is not, for example, China, Iraq, Egypt, Russia, Sweden, or Thailand. I’m grateful that, in this life, I was born in Finland. I’m grateful for my nice flat. My life has not been easy, but at least I’m not homeless. Every day, I pray, and I thank my Lord for His kindness and mercy. The greatest thing is that the place I’m in is the place my Lord decided to give me.

My favorite word is please. Instead of a poetic sentence, I will give you a poem that was the winner of Poetry Potion’s challenge on Aug 7th, 2019:

THE SOUL SISTER OF WITTGENSTEIN

Each word that comes out of your mouth
is a potential swear word.

Each word on the paper
has the potential to blow up somebody’s fuse.

Words are a question of taste,
revealing the mindset, the heart, and the soul
of both the writer and the speaker,
but also, the core of the interpreter.

For the soul sister of Wittgenstein,
the only words that hold any beauty
are “please” and yes in Deutsch, “Ja,”
especially when brushing off idle talk and
written nonsense with a simple
“Ja ja ja ja ja!”

I don’t read the tabloids: however, sometimes, when I have to perform internet searches linked to my work, some random trash pops up.

The last time this happened, I had to send Mr. Kaczynski a letter and shoot from the lip because I wasn’t sure who was trying to destroy what and why, but the trash was in danger of tainting my academic efforts and, also, his credibility.

I don’t even know anymore if he’s alive or not, but the whole point is, if I know that something is right – many parts of a theory, for example – and these parts happen to be a part of the thing that’s working for me, then when he’s gone, I still have to do whatever I have been doing and am doing.

It pisses me off if something would work just fine, but then some attention greedy American (or Russian or whoever) decides that he or she will try and steal somebody else’s ideas and tell the tabloids that he or she is the best friend (or the wife or the husband number 2034) of this elderly guy called Mr. Kaczynski (he or she hasn’t even met) and that he or she will be the “next U.” I mean: something completely idiotic. There is no one like Mr. Kaczynski. Period. He has not been and is not somebody’s private property. Period. His ideas belong to the people. The U word is a curse word. I don’t pretend to know Mr. Kaczynski. He’s a name. I don’t even know myself, and it’s my priority number one: to try and figure myself out.

A non-tabloid story: I didn’t start harassing the “great American,” for example, when I was ten years old or in my late teens like some emotionally handicapped baby with daddy issues. I lived my life as a free woman, and every time I managed to achieve something good, was when I applied the ideas of Mr. Kaczynski and the ideas of Mr. Wittgenstein.

How is this possible? How is it possible that I have gained positive things through the ideas of Mr. Kaczynski, when other people have created negativity? I don’t know. It pisses me off if somebody thinks that I’m a friend of one of those attention seekers or a part of some haters club.