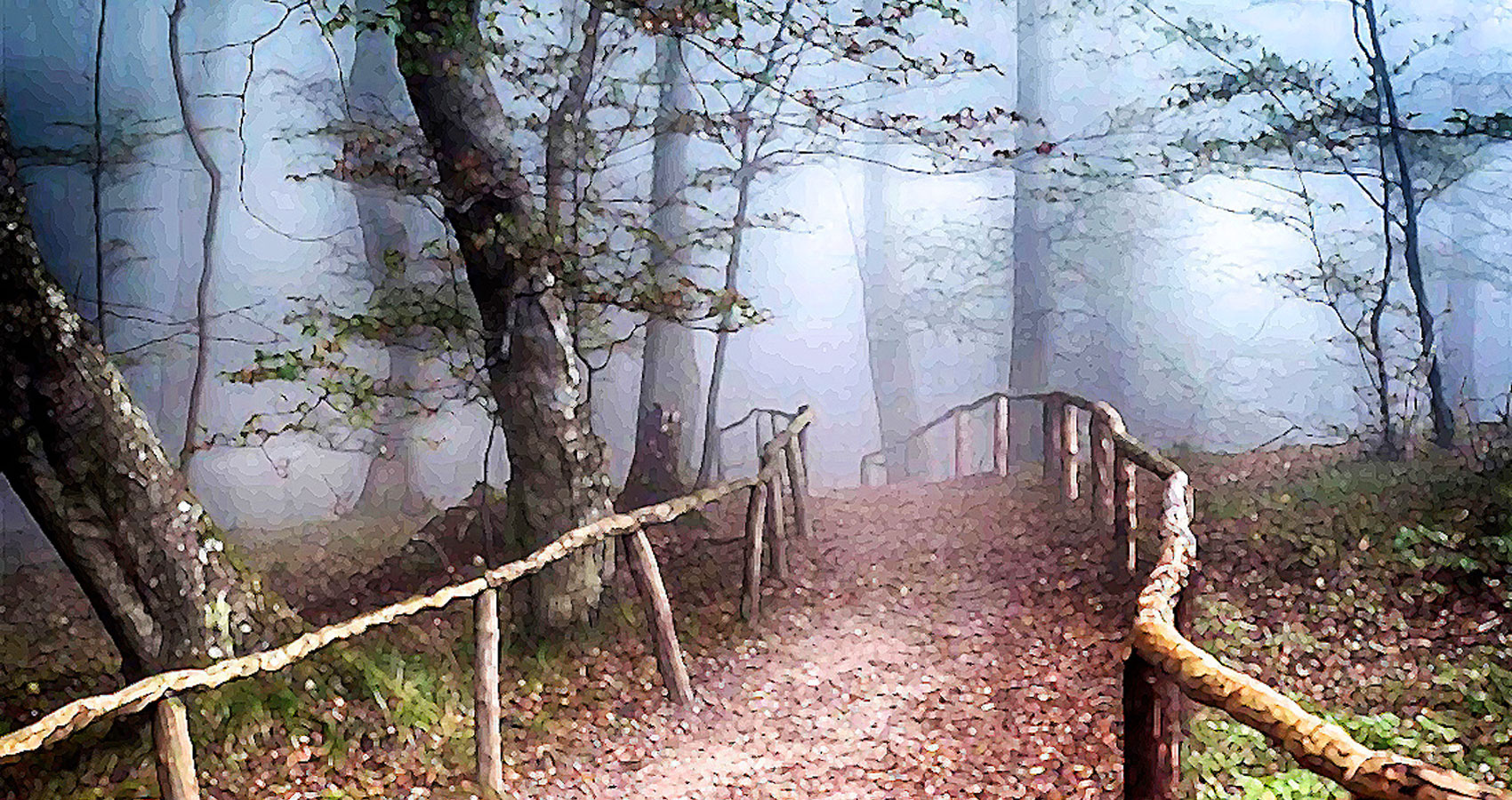 Standing on the Edge

Standing on the Edge

The nights have gone cool, the days not as warm.
Sundown slips backward,

Dawn awakes later, shivering …by minutes,
Does it think we don’t notice?

The summer has been rainy, more than usual,
“Can’t complain, wouldn’t do no good,” my neighbor says.
We squint up at the sky –as if a moment of somber nods would make a difference–
Shake our heads wisely but think the same thing:
Another year has almost gone, hasn’t it?
Regrets chitter, time races faster.
We don’t dwell on it, or talk about it, but it’s in the backs of our minds.

We mark it most when the hours of darkness lengthen,
When the nights are cool.
When the sun rises behind stubborn clouds and
Fog blooms between trees, sits in the valleys,
Blankets the highways with obscurity.

We know what’s coming, near and far. It connects us
For a moment, then it’s gone, lost in thoughts of
Winter’s chores, and sins unconfessed
And the sweet, sweet days that slip through
Our fingers like the strings of a child’s balloon,
We cherish it, even as it floats away.

Everything changes. Everything must pass.There is deep contentment in that, if we take it.

It was just after dawn, at the edge of the woods.
I stood in the hazy boundary light, breathing in the musk of damp leaves and
Pine needles, listened to critters scurrying through
The careless litter of oak and maple and locust and walnut trees,
Feeling the big pause.

The forest felt it too, and lay hushed in the mist.
The fog came last night on its little cat feet,
Conjured up from the ground and the air.
I hesitated, taking in every detail.

This moment, this place, the path ahead, hidden, but inviting,
The textures of the rough bark on the railings, the lichen and moss
On the trunks, spots of green and brown and grey and muted reds and yellows.

A great feeling welled up and tears
Ran down my cheeks unnoticed, unchecked.
I was one with the moment, joyful and melancholy,
One with the world, on the edge of the wood filled with mist and mystery,
Like any path. Any of thousands I’ve traveled. With something new up ahead.

What was is ending, as always.
Every ending is a beginning.
The place from which we start anew.

The rough bark of the railing scrapes my palm,
Grounds me in the Now,

I step onto the path, leaves crunching quietly.
“Where does the path lead this time,” I ask…the trees, I guess?

They don’t speak, but a thought whispers through the mist: