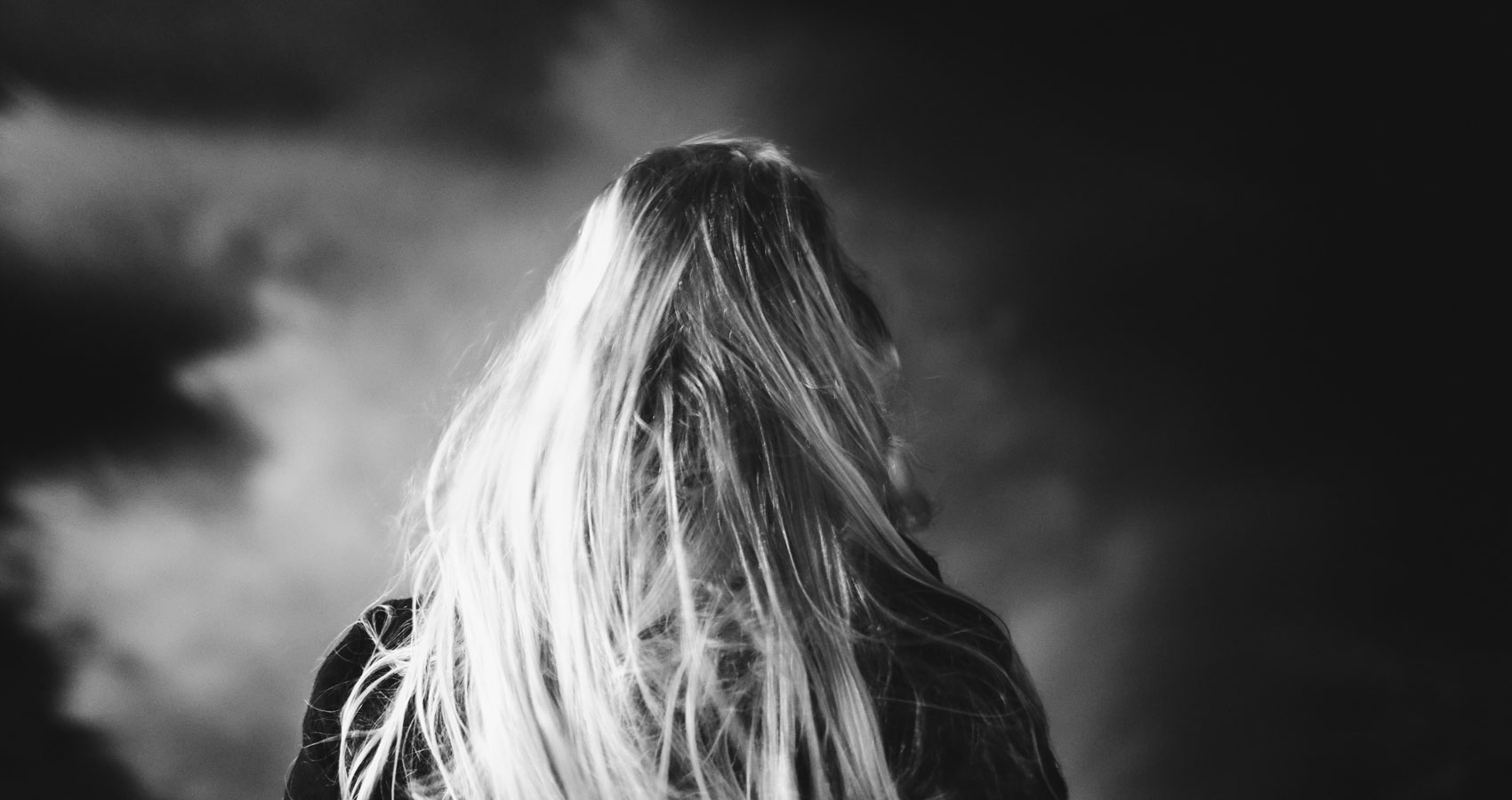 50 years we had together.
Then she suffered horribly one
last time and was gone.

She was never mine to claim
as I thought she was.
She merely agreed to the fiction,
just as I let her have her claims to me.
We both came to think the choice
was something permanent, but

Nothing in this world is.
The waves of grief were fewer
and further apart six months out,
but always from a new direction
and never the same twice.
We stand on the shores of grief,
wade into the surf and let the
echoes of the infinite depth of sorrow
hit us, over and over,
sometimes knocked off balance
by an unexpected wave.
Some anger remained, too,
but was sinking into resignation.

At the end of a month of near solitude
at the shore, amid the exciting
beginnings with a new woman
(and some buried guilt, I later realized),
she came in a dream.

Twice, she came.
Making sure?
Both were scenes at a funeral, but as dreams are,
neither was at all like the two services we had.
In one, I was standing as a
black hearse drove slowly by,
on a bright, sunny day,
her casket in the back.
But she sat upright in the front,
looking out the opposite window,
and then turned to look
at me as she came even with where I stood.

She sat upright, somber,
dressed in summer clothes,
composed, serious.
Her lips didn’t move, but I heard her words:
“You must let me go.
I’m leaving now.”

The next night, she came again,
also at the funeral scene.
She kept looking over her shoulder at something or
someone nearby, distracted.
Her image was hazy, like an
old film with scratches in it.
I realized she was only visiting for a moment,
and needed to get back to wherever it was–
Wanted to go back to that place.
Not to stay with me.
That hurt, but I also understood then.

“I am leaving now, ” was all she said, firmly,
but with a soft edge.
There was to be no discussion.
No negotiations.

I somehow knew she would not be back.
I felt the now-familiar hammer blow,
and woke and sobbed, but knew the truth of it.

I had not let go.
She was gone,
but perhaps as one last gesture
to honor those years together,
to let me know:
“You must let me go.”

And I thought I had, after the pain of that
realization had passed.
Several months went by and
life was brighter.
I found happiness returning like the
new shoots poking up in the Spring.
Something of the old loss still remained, however.

Someone told another widower who had not let go and still suffered:

“You were together a long time, and you thought she was yours.” The holy man smiled with compassion.

“She never was that, not the way you thought. She came to stand with you in the beginning, and stayed, and you fought together to make a life. But it was always her choice. That’s what you can’t accept, that’s why you still grieve. You’re grieving for your own sense of injustice, of the loss of something that was never yours, really. It was always her choice. You suffer because you are holding onto something that is not true.

“Think of it this way. She was there for 50 years.
You and she shared much in that journey. But then the time came for her to leave.
Her body finally had had enough, something that happens to all of us, eventually.
You had to give her back. It’s not about you. It’s about her. ”

By the time eight months had gone by, and while I was driving back to Pennsylvania from my son’s home in Albuquerque, I was still having bad days, but they were further and further apart. To help pass the time for the 1900 mile drive each way, I got audio books to listen to in the car. One, “The Man on the Mountaintop,” had lots of insights to offer, including one idea that prompted this piece, namely one of the things I still hadn’t let go of. She was never mine. (Nor was I hers, for that matter.) When she died, I had lost something, of course, but it was really just that I had just given her back to where she had come from. When I absorbed this idea, another piece of the pain left me for good.