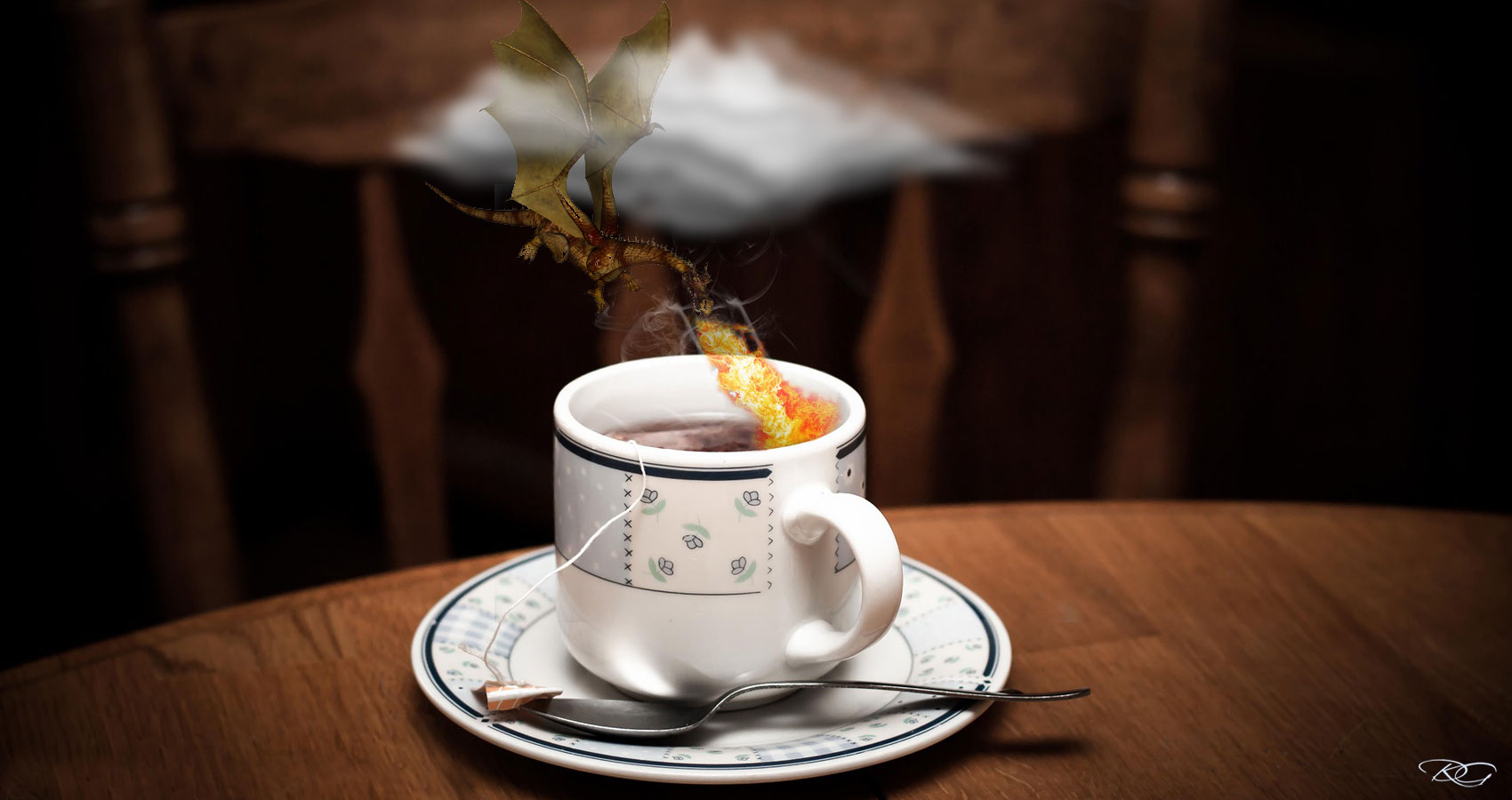 STORM IN A TEACUP

STORM IN A TEACUP

The curves of your luscious lips
leave their pink imprints
on the white porcelain
and which scorch in their sadism
like the fresh branding marks
on the hides of heifers.

The ominous black cloud appears
out of no where
a dragon under its cover
breathes fire and fury
spewing its ferocity
and the flames do a flamenco.

A bonsai whirlwind gets entrapped
and the leftover tea rises in a spout
and few fragments of unstrained
tea leaves get churned and then
settle down at the bottom
to form a pattern.

I peep through the turbulence
and try to decipher
the providential glyphs
and ascertain if they cluster to form
the proverbial heart
pierced by Cupid’s arrow.