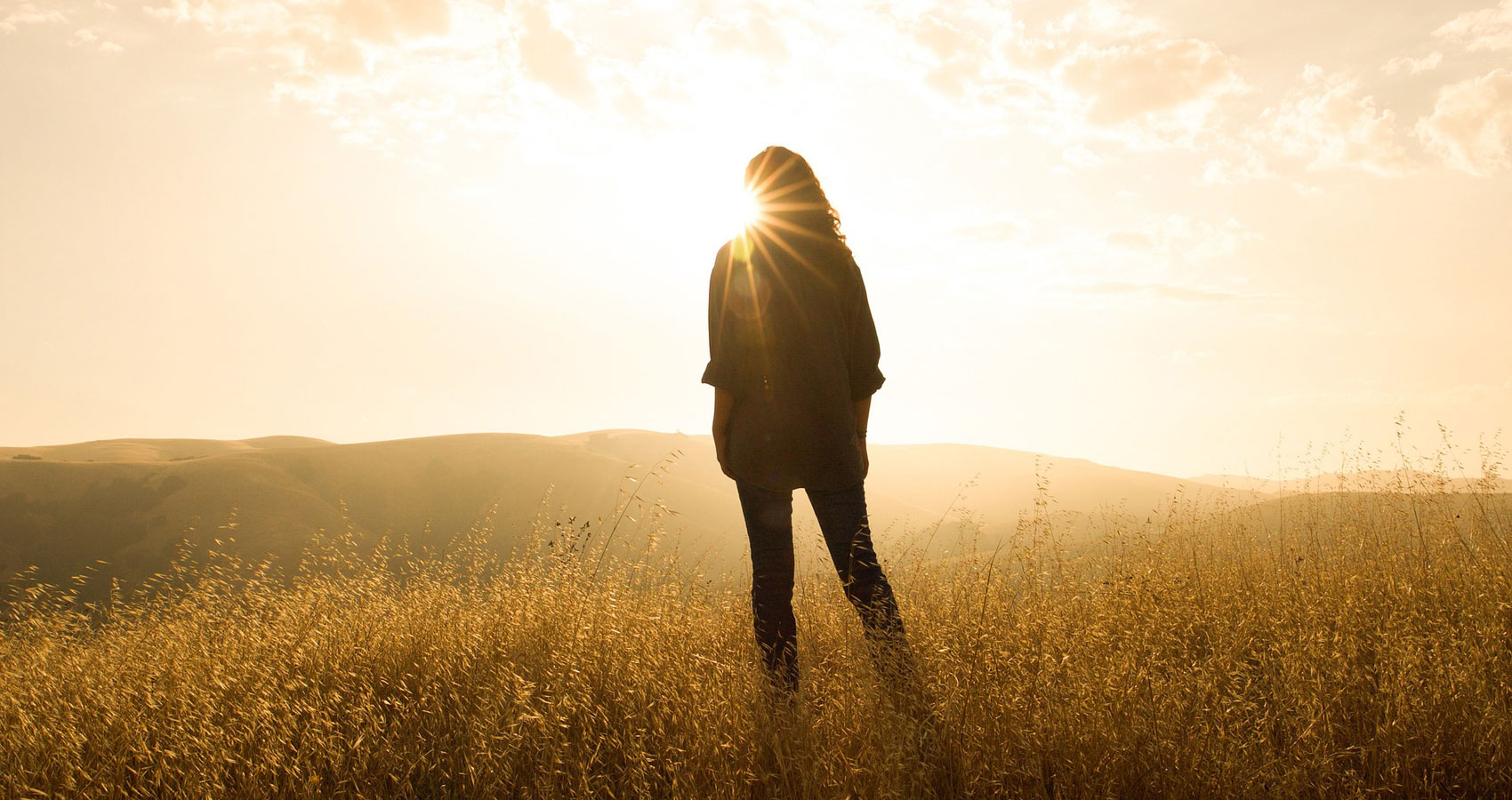 Story of an Independent Mountain Girl

Story of an Independent Mountain Girl

The most painful time is not the day you leave home. It is the one before when you know that you’re going the next day. That day you want to take in as much as you can of your home, both in terms of comfort and the sea of emotions you experienced during the few days you spent. A homesick baby at heart you just want to inhale it all in and take it with you to the place, which may have become as familiar as your own hand but is a forest of hazy memories next to the house you have grown up in. It’s the same day you start planning your next trip home. You long to come back and with dried tears from the previous night, you try to distract your mind with an appealing scenario which can decrease the remorse somewhat. I call it the ‘Day of Dreams and Dread’.

My name is Rashi, and I’m a free girl. Well, it might seem a bold confession. I assure you it’s just a cute way of saying that I left my home long before the ceremonious ‘Saat Phere’ or seven steps which bind us Indian women to a total stranger. I have been born and brought up in the serene and picturesque foothills of the Indian Northern state of Himachal Pradesh, dwelling in the city between the two mountains: Solan.

Don’t worry. This is not a sad story. But it is a tale of a hopeless romantic’s journey back to her home that lies on top of some jagged mountains.

I’m quite familiar -for better or worse- with that last day more than I would care to admit. Always on the move, I have never been a homesick person and continue to be so. Ever since I was a small girl, I had dreams of venturing out of the protective shield of my dearest mountains and find out how the world is outside the ‘Abode of Gods’. I have been quite comfortable in my own skin especially after leaving India to pursue my graduation in London. When I first told my mother about my plans, she dismissed them as whims of a mountain girl -or pahadan- gone crazy. Sadly for her, I was resolute in my decision just like my father remains on the ones regarding our family. When I was going to England the first time, even though I was excited my eyes were moist. My mother was not holding back at all and crying her eyes out, fearing about what might happen to her little girl in the faceless foreign land where the dreadful ‘Goras’ lived. My father stood as undaunted as always, not showing any lines of worry or remorse on his forehead. But as I looked one last time from the Departure Gates, I felt a single tear trickle down my sweet guardian angel’s face. My father’s face aged by five years in those 5 minutes I walked down not the aisle of a Church but the aisle leading down to my dreams. I still remember that day like yesterday.

Fortunately, today is different. I’m going back to India after almost four years. Last time I stayed in Solan for a good two months in January and February. In New Zealand, where I moved four years ago after completing my graduation, it is summer at that time. But in my hometown which is situated in the lower Himalayan ranges, snowfall, and torrential rainfall rule the initial four months of the year. You can feel the cold air on your freezing face better than you can feel your fingers. Moreover, my home being on top of one of the highest mountains in the vicinity is quite prone to a heavenly white sheet of ice in those times. More often than not, I would fall asleep in my quilt mocking the cold from my snug retreat and wake up the next morning to find a veil of white and glossy fondness outside my bedroom window.

Well, my mother’s little girl is all grown up, and thankfully she doesn’t worry that much now. In fact she frequently says nowadays that the world has changed and she’s happy that I stay in a country which is up with the times. I agree with her superficially but firmly believe that the forward-thinking which my parents and family showed all those years back can’t be rivalled. They sent their little angel to a place so far and unknown, against all the taboos and rituals of our small hometown. That confidence and resilience stand as an unwavering example in my eyes, and hence no place, no society can ever make me forget those ragged valleys that dip down from my humble abode. Those fields of sunflower, mustard, and cauliflower that my mother tended to after sending us siblings off to school. The footprints in our backyard that my mother’s endearing cow made while walking behind her. And the small chunks of gravel and sand that my father’s shoes left behind when he came home from work. I would never forget those little things. Perhaps that’s why going back always exhilarates my wandering soul.

Thinking about my marriage that is set for the Christmas, two weeks from the present day, I officially am a woman now. At least I think so. A smile invariably crawls across my face when I think about the joy my parents must’ve felt when I told them of my decision. Born in New Zealand with roots in Punjab (not far from Himachal), my fiancé is a soft-spoken man. I sometimes find his demeanour a lot like my father’s. Having a plethora of qualities buried under that solemn facade, and a confidence that can betray the worthiest of orators; they both are my silent warriors. And after 28 years of admiring my father’s resolve and calm decisions, I will be leaving my home to marry a man just like him.

An unwanted tear clouds my vision every now and then when I realise that after a few weeks, I wouldn’t be able to call my home mine. It’s a strange ritual, isn’t it? The house that you have lived in for three decades suddenly no longer belongs to you. The toys that your mother bought for you, the backyard where you walked barefoot with your father’s finger grasped in your tiny hands, and the terrace where you and your siblings scraped your knees and elbows; would suddenly cease to exist in the things that you possess. Knowing my parents, they would never give my room to somebody else. However, I also know that as soon as I leave, that room will cease to be a place and transform into a memory. The other rooms beside it will inquire my room of its identity. And with a solemn and desolate look, the walls, my favourite bedsheet, and the red lamp my father gifted me on my 11th birthday will answer that they lie in anticipation. An eternal wait which they’ll never recover from. Await for their true owner to come back, for they too can never imagine anybody else replacing her.

As I gaze out the plane’s window, I take in the white clouds travelling slowly but surely in our direction. The land below, the land of my country -I hope the country will still be mine- catches my weary eyes. The mountains are the same; same curves and same streams jutting out of them. Still, it looks so different that it might as well have been Russia or Greenland, not my Himachal.

My fiancé and my sweet love urged to come with me on the same flight, but I forbade him. Not because I didn’t want his companionship in this merry hour. But because before I permanently become his, I had to do this alone. The wild spinster inside me needed to travel on her own for the final time before my pronouns changed from ‘I’ and ‘me’ to ‘We’ and ‘us’. I wanted to return one last time to my parents, my roots, and everything that was still mine for two more weeks. I longed to pay homage to those lonely flights and teary-eyed journeys, I had made from the place I dwell now to the place I look back upon every second I breathe.

Most of all without any intentions of philosophical sophistication, I for the last time wanted to feel what it felt like to return to my home. Not as a married woman with responsibilities of her own family draped around her neck but as an avid traveller with dreams of conquering the world on her eyelashes, a suitcase in hand, and the sweet scent of her mother’s homemade food in her chest. I wanted to experience that haste while boarding for the flight that takes you back home. And I wanted to feel that wave of emotion which floods you over when you see your longing mother and proud father standing at the Arrivals Gate. I wanted to, nay I needed to return one last time so I could go with all those memories on my palms as I became ready to wear my aspirations once again on my sleeves. My journey doesn’t end here. Just the destinations have changed. Arrivederci, my sweet home.

Abhishek Pandeyar is a writer and mountain lover who belongs to the scenic mountains of Himachal Pradesh, India. Having worked in the Marketing Team of Walt Disney in the past, he currently works as a Consultant for IBM India. He regularly publishes short stories and poems about the mysterious world that is called the 'Abode of Gods', on his blog "Suburban Wordsmith".