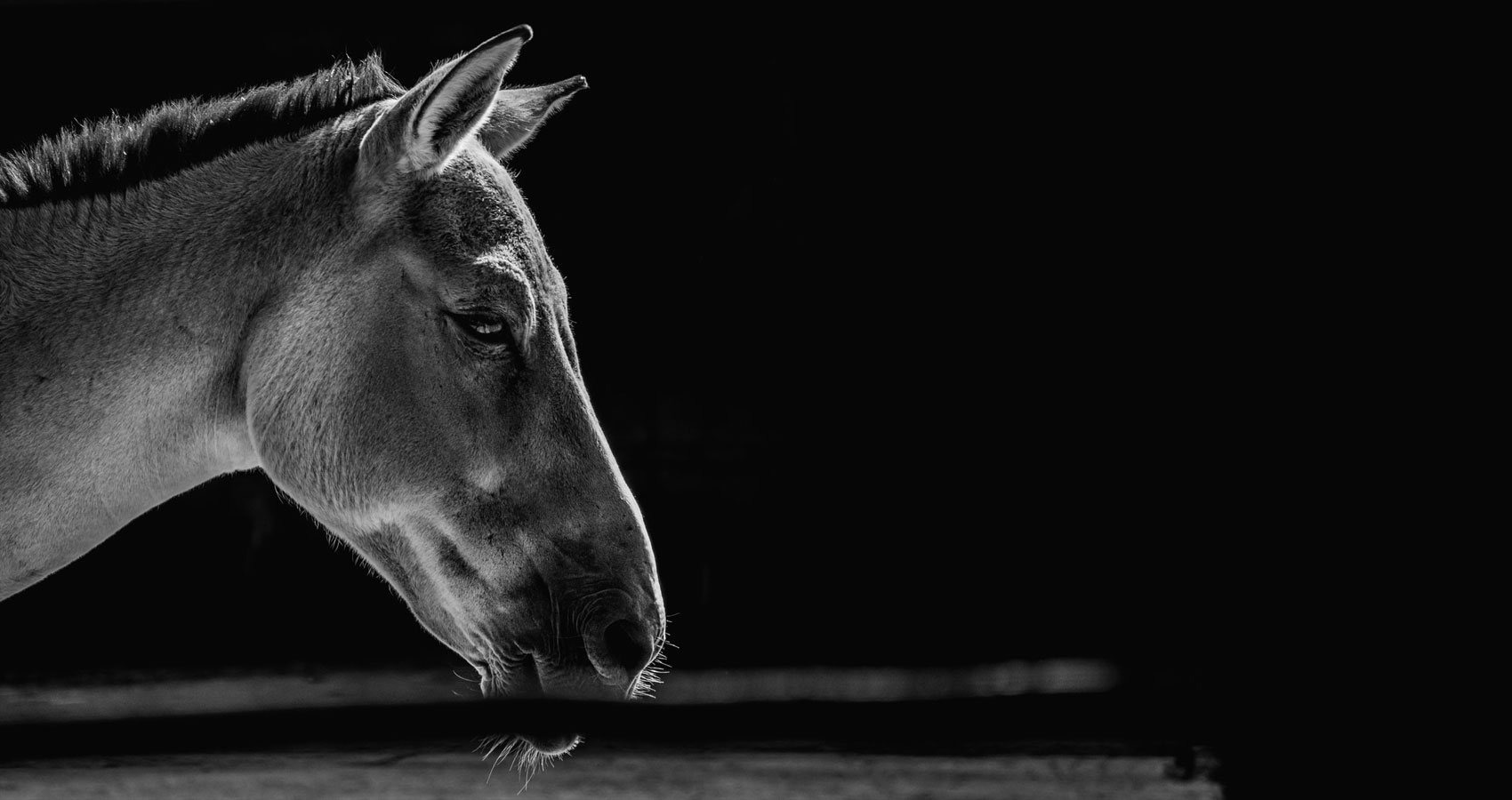 It was a snowy afternoon in the small town – the location of the largest horse auction east of the Mississippi every Monday for more than 50 years. Almost 400 horses were sold that afternoon. The last bidder had been the kill buyer. His horses would be ground up for dog food, and their hooves melted for glue.

Harry de Leyer arrived late to the auction because his old truck had broken down. He had driven 150 miles from his home on Long Island, New York. The instructor at the Knox School, a prestigious girls riding school, Harry hoped to find a calm horse that he could train. Possessing a keen eye for horses, Harry knew finding a good horse at a reasonable price was possible.

When Harry arrived, only the kill truck was still there. He peered through the truck’s slatted trailer at more than a dozen nervous horses. One horse stood quietly by, paying no attention to the chaos. When Harry reached out his palm, the horse stuck his nose toward him. “What about that one?” he asked the driver. “You don’t want that one. The driver responded, “he has a cracked hoof and his chest is all cut up from pulling a plow.” Harry bought the broken-down, ex-plow horse for $80, all the money he had in his pocket.

Harry de Leyer and his wife immigrated to America from Holland in 1950. Having grown up with horses, Harry found a job at The Knox School. To supplement his income, he bought cheap horses, trained them, and sold them for a small profit. No one at Knox knew that had it not been for World War II this poor immigrant would have been on the Dutch national jumping team and preparing for the 1960 Olympics.

Harry’s two young children quickly fell in love with the gentle, grey gelding. They named him Snowman and rode him around the family farm. But with money tight and the horse expensive to feed, Harry sold Snowman to a doctor two miles away for twice what he paid for him.

Two days later, Snowman was back at the barn. Harry returned the horse, informing the doctor that his fence must be down. The fence was fine. Several days later, Snowman was back again. Once again Harry returned the horse and this time he tied a rope with a tire attached around Snowman’s neck. If he were jumping the five-foot fence, he would not be able to now.

To Harry’s surprise, early the next morning, Snowman was back at the barn dragging the tire. Still not convinced, Harry set up a six-foot rail, mounted Snowman, and the horse sailed over the rail like he had wings. Harry bought Snowman back from the doctor for $160.

In their first competition, the crowd laughed at Harry’s horse. They couldn’t believe that someone would enter an old farm horse in a jumping competition. Snowman didn’t look like a thoroughbred that belonged in a show ring, he belonged in a field. Although Snowman didn’t win that day, Harry realized that within this horse was a champion jumper.

America fell in love with Snowman. Wherever they competed, large crowds turned out to watch Harry and Snowman jump. Snowman retired from competition in 1969 and lived on the de Leyer farm until he died in 1974. In 1992, the horse was inducted into the Show Horse Jumping Hall of Fame.

In 1993, Harry de Leyer represented the United States in the World Championships and a decade later, the U.S. Equestrian Foundation recognized him as one of the most successful show jumping trainers in America. Today, 90-year-old Harry lives in a nursing home in Virginia.

“Everyone has been made for some particular work, and the desire for that work has been put in every heart.” -Muhammad Rumi

My name is Pete Black and I live in Monroeville, Alabama. I am a University of Alabama Civil Engineer who retired after 40 years in the pulp and paper industry. I write short, inspirational non-fiction micro stories. For the past nine years, I have written an inspirational column in our local weekly paper, the Monroe Journal. My writing is intended to encourage and inspire readers to never give up regardless of the situations and circumstances in their lives.