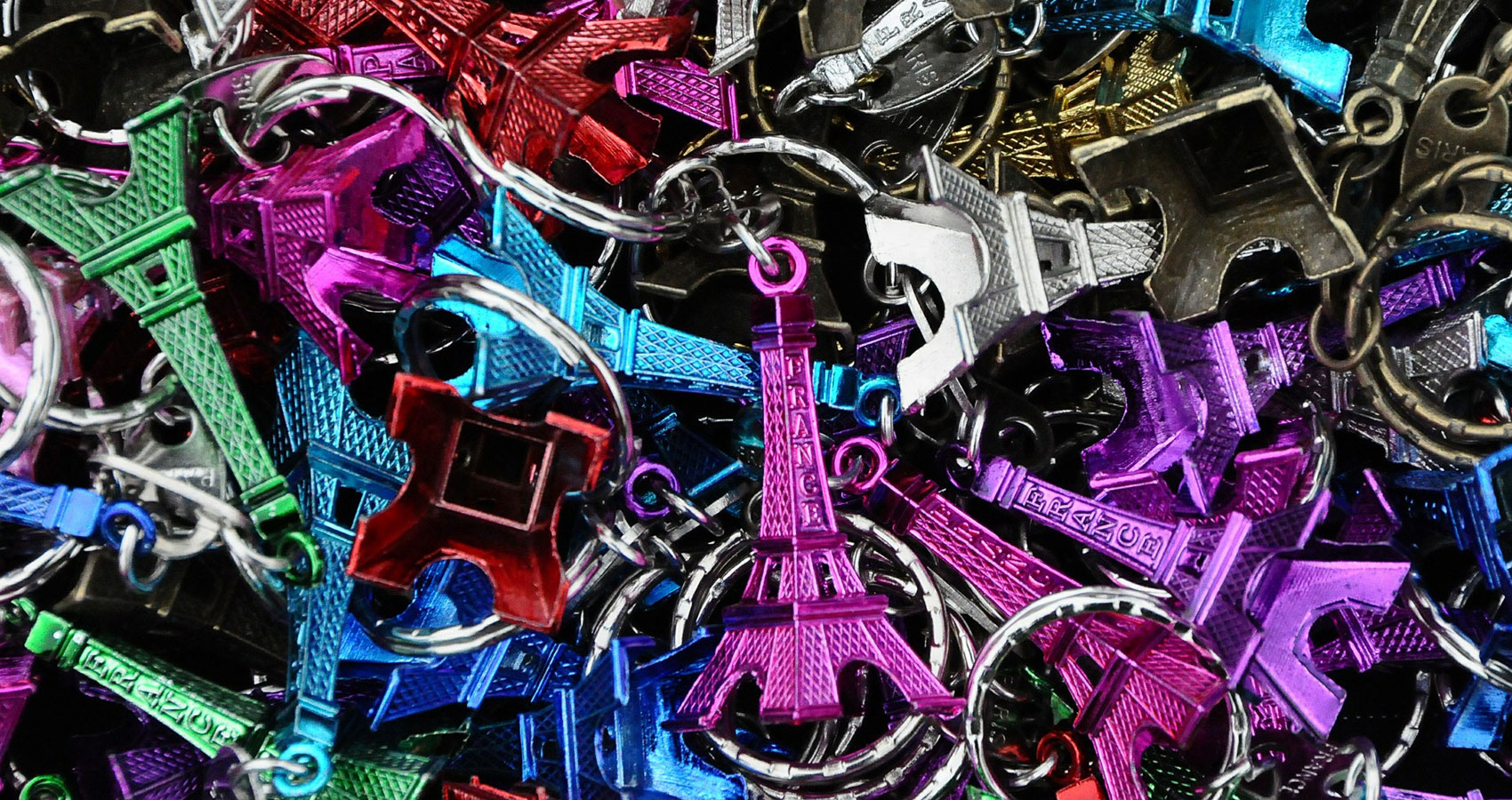 What’s the difference between a statue and a building?

Well, I guess it depends on what it’s a statue of, like a person.
People all sort of look the same so I guess all the statues of people should look the same too.

I mean, if an artist came up to me and said, “Hello, my friend. Can I interest you in observing the fantastic new statue that I sculpted?”

Now, if he says, “a beautiful woman leaning wistfully against a fallen oak,” then suddenly I’m interested!

But, when I see the statue, it looks more like a cow to me. A giant, lumpy, sad-faced cow. Sat down, firm on its buttocks, front hooves dangling awkwardly as it strains to look up with a mouth full of cud.

I like cows too, but this statue confused me. How could it be that this artist thinks he is sculpting a beautiful woman, leaning wistfully against a fallen oak, but is, in fact, sculpting a cow?

Am I seeing the cow, but no one else? He was pretty mad when I referred to his statue as a cow.

I had no idea his wife was the model.

Almost everything I do that’s not done outdoors, by which I mean it’s done indoors, is actually done inside of buildings!

I’ve always thought that that was strange. Why are all the indoor places the same thing?

A Corn Silo isn’t really a building. I mean, if it’s full of corn it would make a pretty horrible building.

I can only imagine trying to set up a desk on a huge pile of corn kernels shifting left and right. Slowly sinking as I type away at my daily cob reports.

“What is our Return on Tilling?” my boss would ask me, as my desk sank an inch or two toward him as he leans in to stress his point.

Sliding down the kernels in classic cartoon fashion, I think I hear him say, “Keep up the good work!” but it might have been, “Knee deep in duck twerk,” for all I know.

If a corn silo is empty, then I don’t think that makes it a building either.

If a ship is empty it’s still just as much of a ship as it is when it’s full of people.

But it’s not a ship unless it’s in water. It only looks like a ship.

Sort of like how one of those twig bugs that looks like a twig isn’t really a twig, but has the potential to become a bug…or is it the other way around?

The Statue of Liberty is a fantastic statute, one of three, made in France, very nice… Imported, you know.

It’s also a really great building. People work there. People go inside to visit and do stuff. It has a fantastic view.

And you can buy tiny versions of the statue-building at the gift shop inside of itself.

Never mind. I just think it’s weird that this statue, made in France mind you, can be so great at being both a statue and a building.

There are some other great buildings that are sort of statues.

Well, like the Eiffel Tower, right? It’s a building, but it’s also got its own “mini-statue sperm” thing going on.

It’s not a very interesting statue. I mean it’s fantastic, but if it was just a tiny statue first before becoming a building I don’t think anyone would really care.

If I was the King of France and some artist came up to me and said,

“Bonjour le Roi, I have finished a new tiny, pointy sculpture. Would you like to gaze upon its glorious subtle geometry?”

I would reply, “Merci, but I do not like pointy things.”

“Ah. Never fear, my lord, it only appears slightly pointy, and it’s really very tiny, so there’s not much to worry about, you know?” the artist would say.

If it’s as tiny as he says it is then I’ll check it out, but I’ll be sure to bring my most trusted royal guard… Just in case.

“The Eiffel Miniaturette”, as my advisers came to refer to it with fantastic mirth…

Alas, it was far too tiny, but luckily, I, the King of France and all things fantastic, had the most brilliant idea that this statue would, in fact, be much better served as a building.

Whosoever guffawed at me, and there were many, were quickly beheaded and I was quite happy to add to the venerable tradition of erecting statues in the name of the wealthy.

I think all the buildings should be statues. It seems like a missed opportunity, you know?

I mean, all the biggest buildings are built by huge companies and there’s always somebody in charge of those companies.

How come none of the super-rich makes monuments to themselves no more?

That was all the rage for a couple of thousand years.

Right around the time that human beings discovered rocks, we learned how to break pieces of them off on purpose to make those rocks look like stuff, and do other things too!

I know what you’re thinking, “modern humanity is more evolved than the previously horrible dictators and rulers of empires and all things fantastic from our past.”

That’s true, but they could still make buildings that look like statues, or maybe even are statues.

You can make a building look like all kinds of stuff, and all that stuff can be turned into tiny statues that definitely aren’t buildings, so if anyone’s worried about there not being enough statues that look like buildings, it’s okay, we’ve got you covered.

And, if all the buildings looked like statues it would be super easy to find where you were all the time if you ever got lost.

Like if an artist came up to me on the streets of Manhattan and said,

“Hello my friend, I need to get to the big famous American art museum where my new statue is on display. Can you help me?”

“It’s the statue-building down the street that looks like a giant sad-faced cow, sat down, firm on its buttocks, front hooves dangling awkwardly as it strains to look up with a mouth full of cud. It’s just eight blocks down the street, you can see the udders from here. What are you, a tourist or something?!”

“Oh, thank you my friend!” the artist would say to me, tenderly clutching my greasy, calloused hands.

Years of labor and union troubles. Ah, these hands have seen a lot.

“Eh, so what’s this statue-building of yours of anyways?” I’d say.

“It’s a tiny, pointy building. It’s the very first sculpture to ever be designed as a building but only intended to be sculpted like a statue. It merely has the potential to become a building,” he’d say.

“Never to be disgraced as some mongrel statue-building hybrid,” he says, growing angry and more foreign sounding for some reason.

“My sculpture is a pure and righteous example of what it means to become a building,” he’d probably continue.

“Eh, that’s all right, ya know,” I say because I’m still in New York, standing in the street, my nose getting all cold from the wind and subway fumes … Talking to this freaking weirdo about the cow museum for the last five minutes!

“But, it’s not alright!” he shouts. “I must show the World how it feels to be a part of my sculpture from within. I must share the sensation of being inside my tiny building.”

At this point, I’m wondering why my cab hasn’t pulled up yet and I say to this skinny little twerp just as I walk away,

Alexander Drake is a screenwriter, director, and composer for feature films, TV, and web series. He grew up studying drama, visual art, and music. He holds three degrees in music performance, composition and orchestration, and music business, from Berklee, an MBA in marketing from Drexel University, and an MFA in creative writing from Full Sail University. Since 1998, he’s traveled the world, performing in, mixing, and managing thousands of concerts for millions of people across five different continents. Concerts included technical work with B.B. King, The Roots, Eddie Money, Little River Band, Dougherty, Buckcherry, Erykah Badu, Gwar, performances for crowds over 25,000 people, President Barack Obama, British Royalty, and dozens of extremely high-level government and political figures. After placing music in the 2013 feature film Begin Again, Alexander moved to Hollywood to pursue a film composing career. Along the way, he found his childhood studies of the arts resurfacing and taking on a new life in their desires to be expressed.