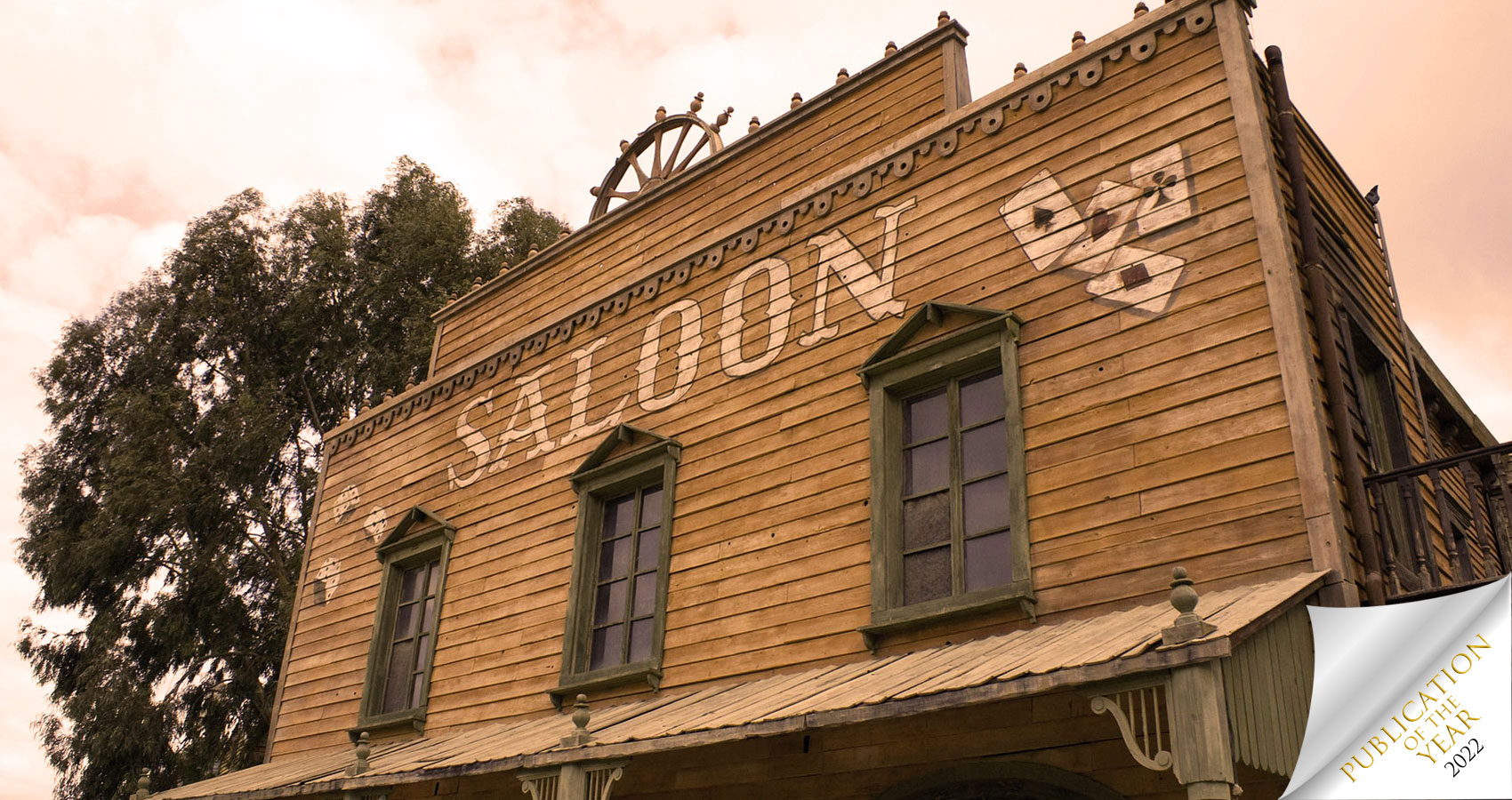 Growing up without roots, you never fully bloom. You may find the sun, rain, or wind on your face, but it only burns, wets, and batters. Nothing takes hold, burrows into a community, or blossoms out of purpose.
That’s how I came to be here. I’m no more than a dandelion seed, standing in the middle of the road in a small town in South Dakota, ready to blow away on the next breeze.
It doesn’t matter. Not a bit. One town looks the same as another after a while. There’s always the sheriff’s office, a saloon, boarding house, and mercantile. The roads are rutted and muddy. It’s what’s behind the walls, the swinging doors, and the metal bars that make the difference.
I was born in the back of a painted wagon. My parents were actors in a traveling show. They placed me backstage in a wooden box with a sugar teat to suck on, the noise of the crowds my lullaby. After the show, they left me to sleep in their dressing room or wagon while they visited restaurants and saloons, rubbing up against the locals, pitching the next play.
Father was classically trained, a vagabond from London who came to America on a whim, or so he said. I think a constable invited him to leave England, and the next ship was sailing to New York.
My mother came from a good family in Philadelphia. Mother went to college, and along the way fell in with the actors and artists who filled the hallways of higher learning with lofty ideals. She met Father when he performed in a play in New York, and the rest, as they say, was history. Mother was beautiful. People said I looked just like her. We shared the same bright red hair and deep green eyes.
It was exciting when our wagon rolled into town. People were eager for laughter and drama. They paid to sit on wooden benches in makeshift theaters or saloons. The shows were colorful and filled with music. I joined Mother and Father on the stage from the time I was very young. The crowds loved the little red-headed girl who sang and danced.
I can’t describe what it felt like to lose both my parents to the Russian Flu that swept through America in 1890. I survived with nothing more than a raspy throat, only eighteen years old and orphaned. After I buried them, there was not a penny left over. All that remained was the show wagon and a sorrel horse named Clyde. In the wagon were trunks of costumes, a few pots and pans, and boxes of sheet music.
There was nothing to do but keep moving, so I did. In each town, I looked for a saloon or small theater to perform my one-woman show. I played the piano, sang tunes, danced a little, and hoped to earn enough money to feed myself and Clyde. Acting was easy. Becoming real was not. One day stepped on the heels of the next until eight years had gone by. No longer was I the frightened girl kneeling by two ragged crosses in a potter’s field on a hill in Kansas. Things had changed.

“Any luck finding Joseph, Mr. Bridgeforth?” I asked after the last performance. He helped me take the mural off the wall and pack it away with the candelabra and velvet runner.
He shook his head and pulled at his mustache. “That bastard was gone for hours before I checked the safe. The sheriff’s still out lookin’ for him, but he probably got away clean. There wasn’t much money in the safe because I had gone to the bank two days before. A day earlier and he would have run off with a lot more.” He slammed his fist down on the bar, rattled a bottle of whiskey. “If I ever find him, I’ll kill him, that’s for sure.”
I nodded, and thanked him for the opportunity to put on my show. As I turned to leave, Mr. Bridgeforth called out.
“Wait, Miss Blake.”
I stopped and turned around. He took my hand in his, opened my palm, and placed several dollars in it.
“The Sleeping Lady did well the past couple of nights, thanks to you. Almost makes up for the money I lost. You deserve a bonus.” He steered me to the door, swung it aside with a flourish, and I stepped out into the night.
“Thank you, Mr. Bridgeforth. I’ll never forget your kindness. I’ll come back this way again, if you’ll have me.”
He bowed, walked back into the saloon and shut it down for the evening.
When I left the next morning, my satchel was bulging with money. I hid it in the false bottom of a trunk filled with petticoats and corsets. Then I slipped a Derringer into my pocket for protection against highwaymen.
A few of the ladies in town packed a basket of cold chicken with fresh bread and cheese. They said it was the least they could do since I was gracious enough to continue with my show, despite the robbery and upheaval in Webster. They said my act was the best they had seen in years, and asked me to return someday. I thanked them from the bottom of my heart, climbed up in the wagon, and gnawed on a drumstick as Clyde made his way out of town.

A month later, I stepped into a bar in Bismarck, North Dakota. It took me a while to find just the right saloon, but this was the place for me. The gentleman behind the bar lifted his head, took off his glasses and peered at me.
“Can I help you, Miss?”
I walked over, hips swaying, and told him I was looking for work, and it wouldn’t cost the saloon a penny. I stepped closer, twisted a lock of red hair around my finger and patted his arm. When I finished the pitch, he hired me on the spot. Told me to show up after seven that evening.
“If I might ask, Miss Blake, where are you staying should we need to contact you?”
“The boarding house right next door, Sir. Room 10.”
Joseph gazed at me with his dark eyes, winked and smiled, the sweetest smile he had given me in years. He kissed my hand, bobbing his head up and down, just like old Clyde.

JUNE 2022 AUTHOR OF THE MONTH at Spillwords.com
Award winning author Sharon Frame Gay has been published in such literary magazines and anthologies as Lowestoft Chronicle, Chicken Soup For The Soul, Thrice Fiction, Saddlebag Dispatches, and others. She was awarded the Will Rogers Medallion for excellence in Western writing as well as several Pushcart Prize nominations and other awards.