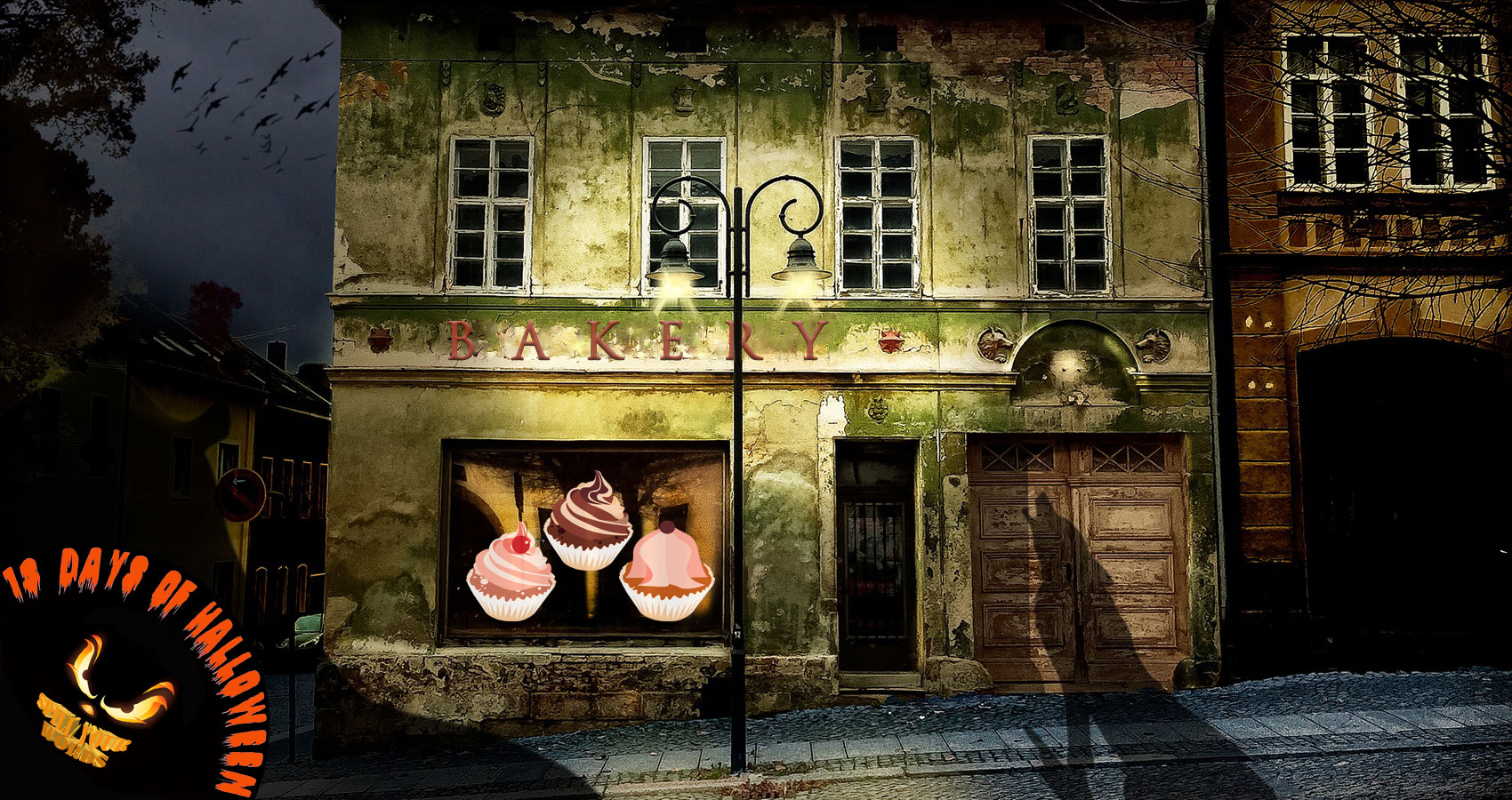 He wants to put away the sweets
Remove the pies and buns from view
Hide the truffles and the treats
From that obnoxious, grubby crew

In fact he wants to close up shop
On this of all the nights he dreads
And take a break from stirring glop
That forms the tangy gingerbreads.

He rubbed his hands and smiled his smile
And, quiet, flipped the brassy lock
He stretched to better see the child
Hidden in its mother’s frock.

“Come in!” he cooed, all warm sincere
And glided forth with not a sound
He bid them sweetly to come near
And deftly turned the CLOSED sign ‘round

“Do you serve little children here,”
She asked, and pushed the tot full-view
He could not check his creeping leer
And answered with impassioned cheer,