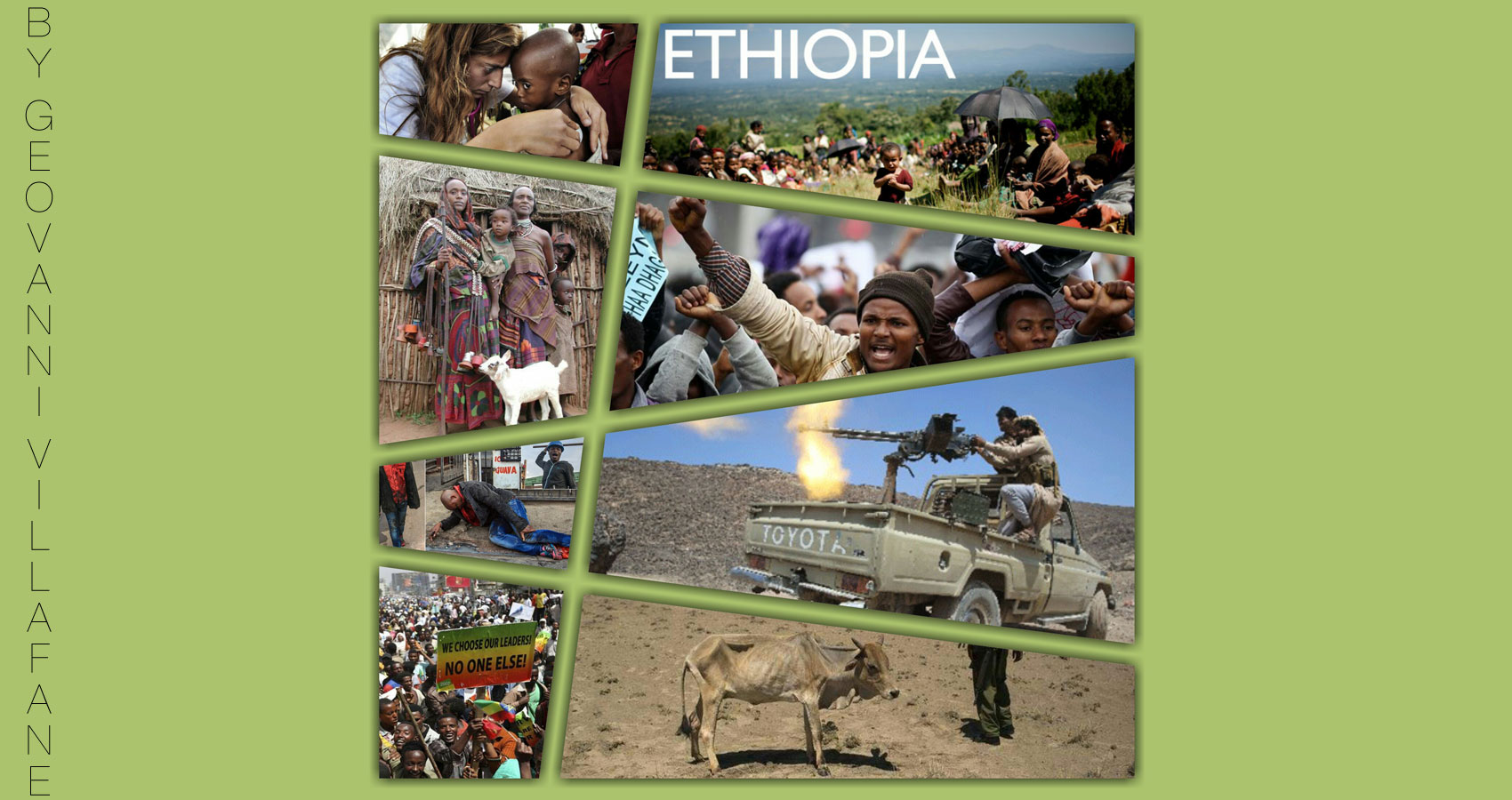 The Diminished Utopia of Ethiopia

The Diminished Utopia of Ethiopia

“Have Courage” is what I’ve got to say to the Ethiopians forced to go out and forage. Sandy plains help the conducting of a revolutionary undertaking. Where the so-called security forces are the ones piling up the corpses. Innocent people get caught kneeling, hands to the sky praying. In a place where you don’t know who’s your friend or enemy. Where some are considered living primitively because they refuse to submit to the contradictory. They won’t be left alone to watch over their starving stock of hide and bone. Not with a government that’s easily distributed amongst the financial district of the evilest. Knowing they’re the only part found to have all the riches. It’s the high rise utopia in the heart of Ethiopia. Cracked soil surrounding an island metropolis, standing tall with tremendous glass sails riding the sandstorms, built to resist. There’s no such thing as consistence with words of ignorance existing. How about You tell me this. When you see people talk about petty losses and their causes, do you think about those having to live cautious? Don’t know if the man next to you will begin a beating, just because you were made to leave your home to immigrating. Leaving where you once lived peacefully to be brought to a sinister failing. And first world places spend their days hitting the click baiting. Rather bring any other conversation to the forefront for discussing. While third world’s are told not to claim their being treated unfairly. The despicable have an expectancy of living respectfully and sitting highly gracefully admiring life diminishing. Excuse me if I’m indelibly marked with using my intellectuality to point out what you’re obliviously complicating. Did you see that new pad, needing the extra lipstick for the collecting and talking i can’t complete my dressing without that new piece of jewelry. We claim a world that’s unconventionally advanced and the newest invention is getting a designer baby enhanced. I guess they missed the millions in need of adopting, because it’s all about the latest stars breaking up for the ogling. How much more can our society continue lacking. Maybe we could look past pretty pics of plated food for an opportunity to do some kind of eventual good. Maybe spending less on that bottle of wine and provide some currency to something more divine. Stop ignoring the lies and advise with your third eye’s mind. Famines got to be continually examined, especially if we each choose to put a hand in. I’m down with the thought of being a part of the planning, instead of denying there’s time for rising action. I’m not known for asking politely but can we as human beings stop taking things so lightly. This sad sight of dystopia we call Ethiopia could be beyond a lavish cornucopia if we only stop the consortium of crooked men and their evil doings.

Seventh of the Series Lack Of Society