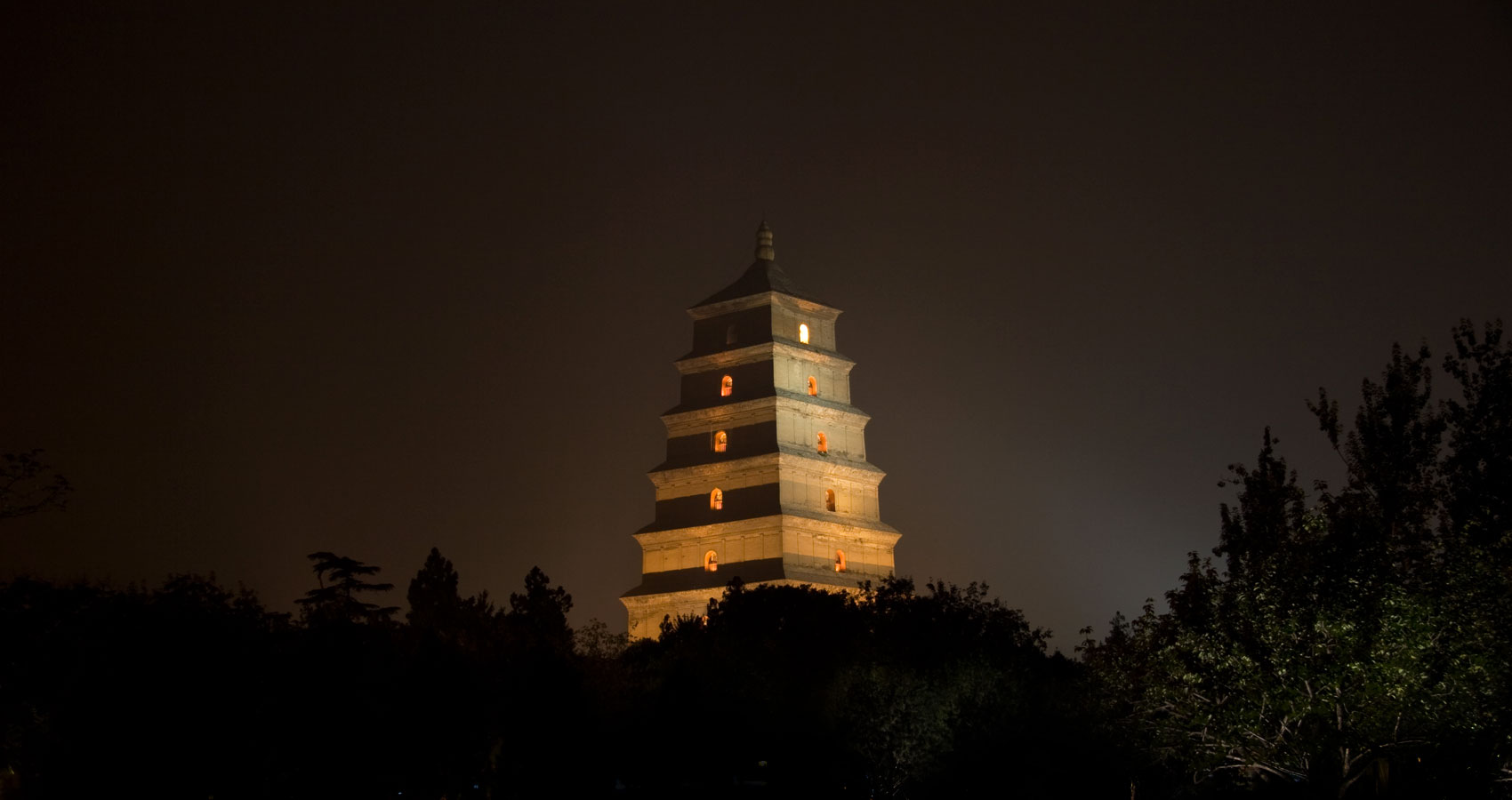 This poem contains 1,703 words. The “inspiration” for it was an anecdote by author Nora Waln; a pagoda and a legend attached to it during her 1920s trip to China. That pagoda was called “The Weary Pagoda,” having been magically dispatched to the Emperor and Empress (of which Dynasty isn’t known). But the pagoda became tired after a point in its travel, and decided it’d rather remain by a river bank, where its bells and beauty could delight passersby. I wrote that legend up into an enchanted pagoda which, in bringing happiness and healing to others during its travel (accompanied by a fairy [China had a fairy lore), ultimately decided to make its home along a busy river to the delight of passersby, rather than being stuck behind a palace. Included in this poem are Kuan Yin, Peaches of Immortality, a Taoist magician, etc.