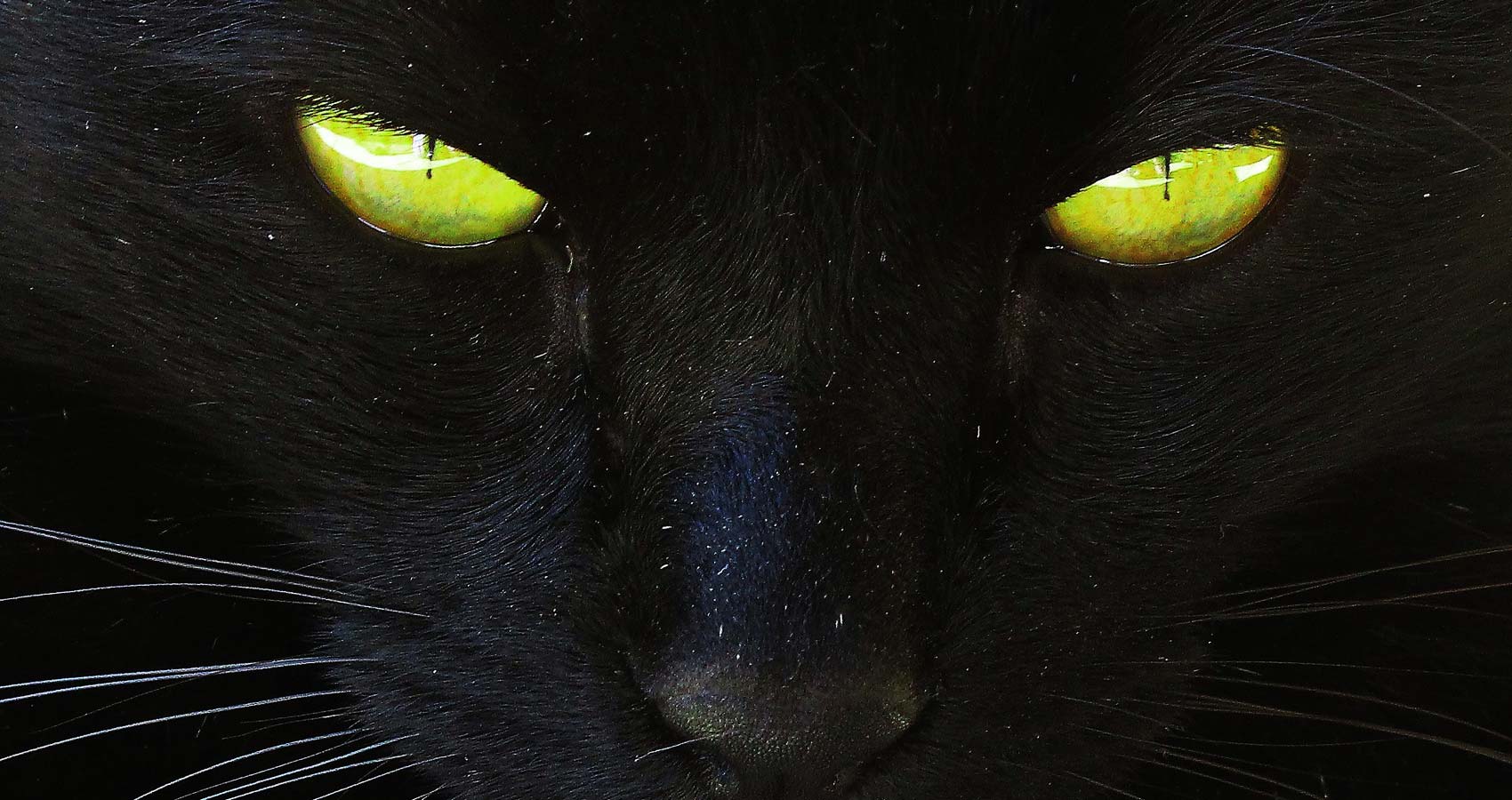 Every New Year’s Day, the town of Sangre Grande comes alive with excitement as throngs of residents from the town and other neighboring towns gather on Bravo Hill where the haunted house stood. The people would line up to take turns to have their fortune read by the black cat that sat at the table at the far end of the living room.

Throughout the year, the house is a regular haunted house with unusual activities occurring. If you are brave enough to take a peek in, you would see the old dusty chairs moving from one spot to the next, the dishes laid out on the dining room table would zip around the room and return to lay back in place on the table. The house mainly attracted those people who were interested in the paranormal. The street was usually busy because of this attraction. It definitely brought in the weird and the curious.

On New Year’s Day, the crowds came out for the highlight attraction. They came specifically to have their fortune read by the black cat that sat in the corner of the room. Not much is known about the cat though. No one ever asked if it was the same cat that reads every year or did other cats take turns. These readings had been going on for decades, though, and one thing the people knew for sure was whatever readings you received from the cat, they were accurate, and they manifested within a short period of time.

On the morning of New Year’s Day, the year 2020, John Boykin decided he wanted to have his fortune read. As he wrote down his goals for the year, he thought it would be a good idea to find out where he stood with his future finances, specifically, if his sales commissions would increase this year. He was curious to receive a reading from the renowned fortune teller. He was willing to go despite the fact, he was scared of the haunted house. He made up his mind to go as curiosity ruled out fear. I am going today fear or not. Why not? He thought, as he committed to the idea.

He woke up his grandson, Paul, a nine-year-old lad. “Let’s go on an exciting trip today, Paul,” he said to the boy. “Let’s check out the haunted house.”

He did not mention that the reading was the reason for the trip. Paul was excited at the news. He liked to read about haunted houses but had never been to a real one. “Let’s do that, grandad. Sounds like fun,” he said excitedly.

The trip set, they each had different feelings; grandad was scared, and grandson was excited. They left their home at dawn with some snacks in hand in order to be ahead of the crowd and first in line.

They needn’t have worried; they were the first ones to arrive. Looking closely, they saw a light moving around inside, then a loud bang.

Moments later, a creepy voice said “ENTER! COME IN ONE AT A TIME. YOU, THE LITTLE ONE, COME IN FIRST.”

His grandpa was terrified, but Paul was excited to go in. He walked up the creaky stairs through the rotting front door and into the dark room. He could see two green oval shaped eyes in the darkness. He assumed, due to their closeness, they might belong to an animal, but could not guess what kind.

From out of the darkness, a mysterious voice encouraged him. “Come closer sonny, follow my voice.”

Paul walked up toward the sound. As he moved closer, he could see the outline of a huge black cat. He shivered a little. “Yes?” he whispered, to the cat, his lips trembling.

“Go out to your granddad, my boy. Tell him to turn around and go to his home. He should remove his shoes and lay in his bed. Corona will join him there. You should give him a kiss goodbye, and tell him how much you love him, then you must leave the room.”

Paul ran out of the haunted house to his grandpa, hugged him and delivered the message.