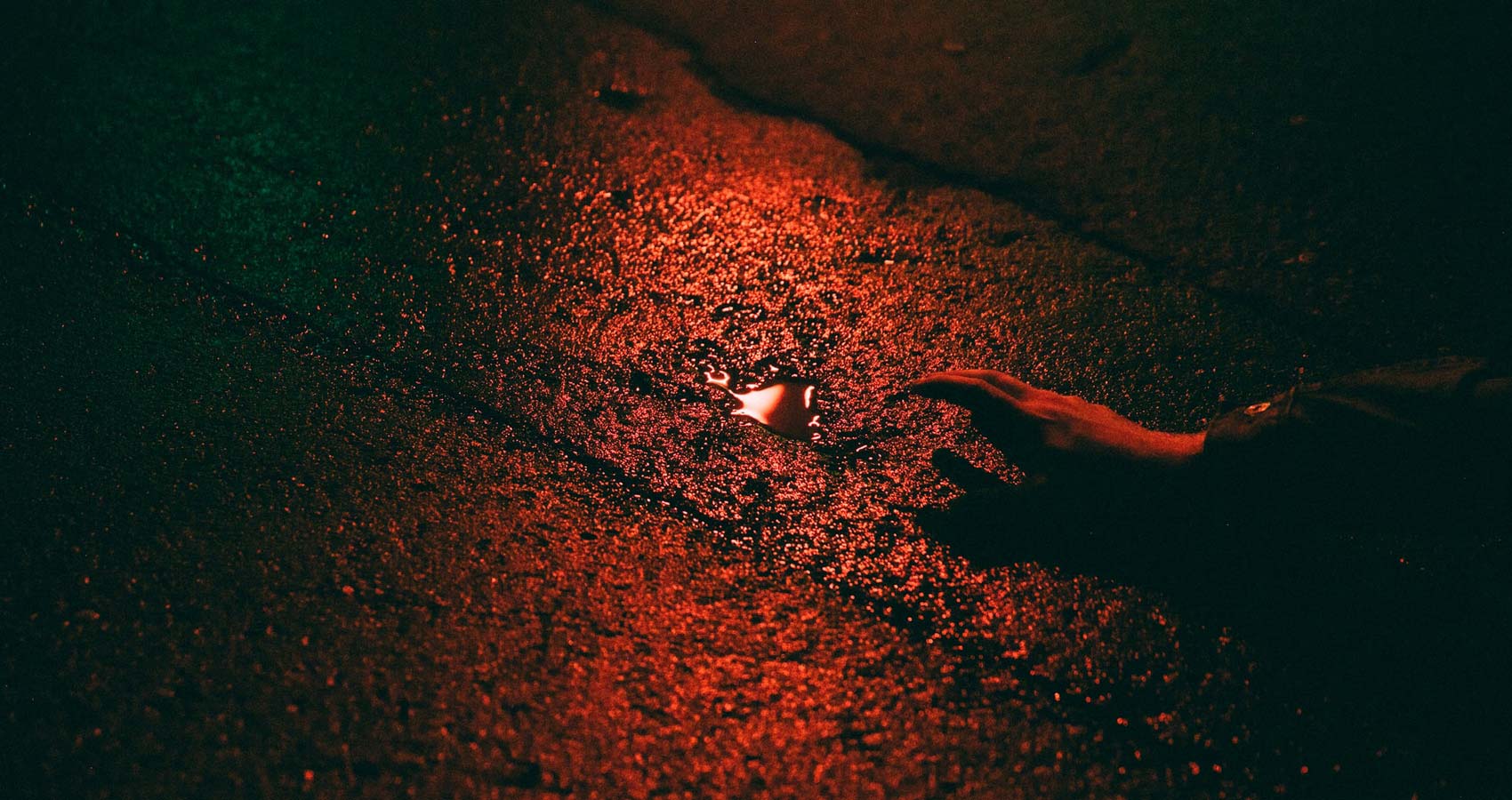 “I didn’t mean to kill her. She wasn’t my prey,” the Killer muses. “She burst into my game, uninvited. What was I supposed to do?” The Killer paces around the crimson room, candlelight flickers against the brick walls. Licking its lips, the Killer steps closer to the lifeless woman, “You shouldn’t have come. You should have stayed away.”

Rubbing its hands together, the Killer moves closer to the victim’s body, “I tried to let you go.” “Oh, the rush of beating your head in with my hammer,” licking the victim’s blood from her fingertips. A tantalizing sensation pulses through the Killer.

The Killer stands at the window, listening to the invisible requests on the night wind. When the moon is out everything is silent and when everything is silent, that is when the world speaks volumes. Whispers of violence dance along the chilled air. “A perfect night for a game of cat and mouse,” the Killer muses.

The crimson room sparkles in the moonlight; a large oak desk stands alone in a far corner. The Killer’s prize possessions lie in wait for their master. Plopping behind the massive desk, the Killer leans back in its velvet chair. “Who should be our next contestant, Demon?” stroking the Rottweiler at their feet. Spreading the large list across the desk, it lies over the Killer’s prize possessions. Each of the Killer’s targets names is crossed off the long list. A list of predators among the shadowy depths of the world. They were not true victims, killers of innocence. They were now the prey, pursued by a stronger predator.

No one notices their disappearances, the hidden monsters among the shadows killed……

Mrs. Colleen M. Tice lives in Upstate, NY with her family. She has published two novels and series of short story anthologies. Some of her work has been featured on Spillwords and other websites as well. She is a graduate of Elmira College with a bachelor's degree in Criminal Justice and Human Services. She is a legal assistant with a non-profit organization.