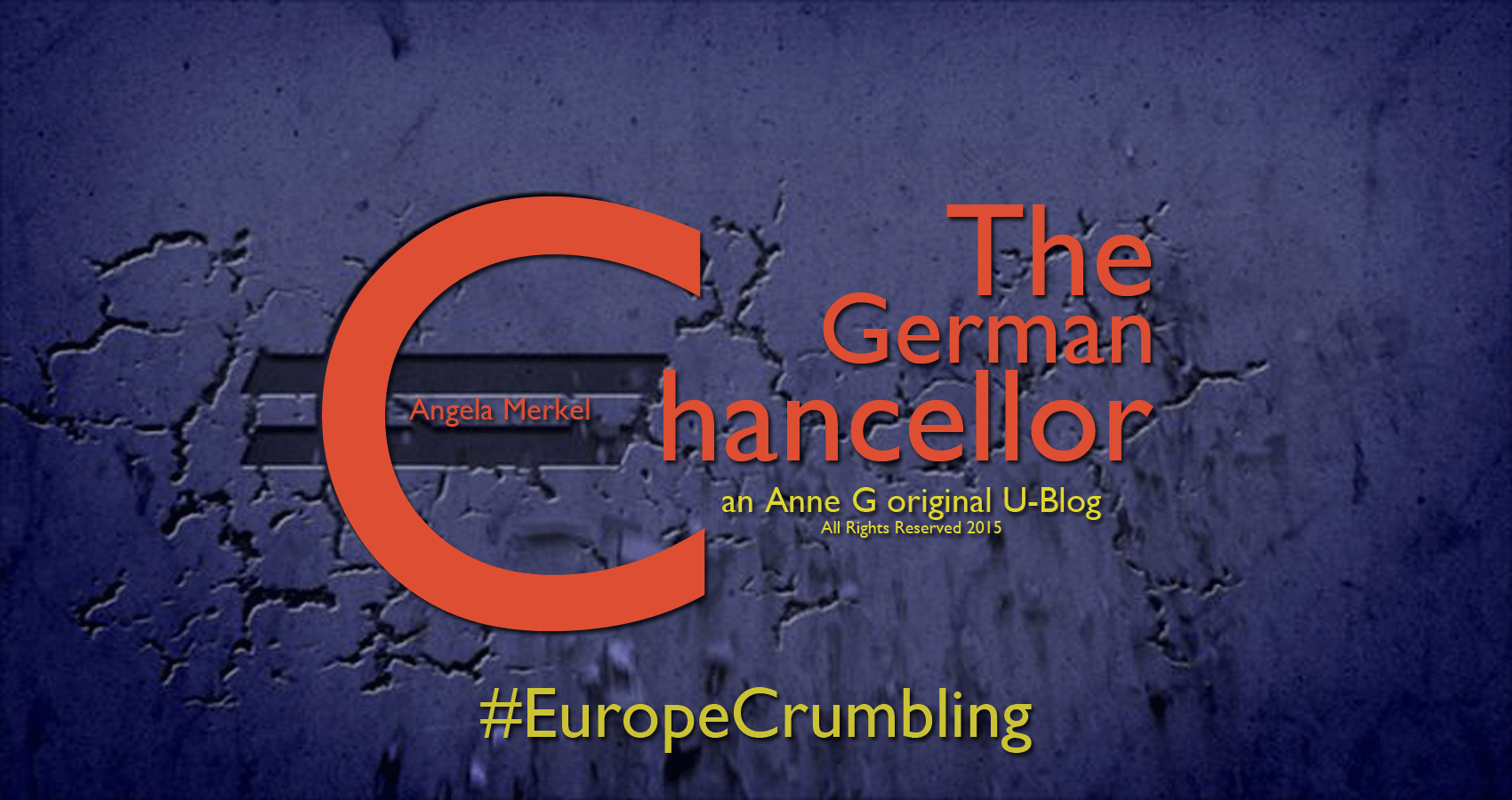 Angela Merkel speaks not only as the head of the EU but with the hubris of "the one" that makes the final decision. A primary example is Greece. She has become "The Voice of Europe".

The German Chancellor is the Medusa of the EU whilst the members, although at odds with many of the so called "collective resolutions" being taken, "toe the line". Coercion, back room deals and scare tactics will eventually bring dissension.

The nineteen countries that make up the European Union are sovereign nations. When push comes to shove their citizens will rebel in discontent and in the end will call for the dissolution of this improbable arrangement. They will secede, the EU will be dissolved and, will ultimately fail.

60 Euros a Day An Original U-BLOG by Anne G Greece, cradle of Democracy. The birthplace of Socrates, Aristotle, Plato...