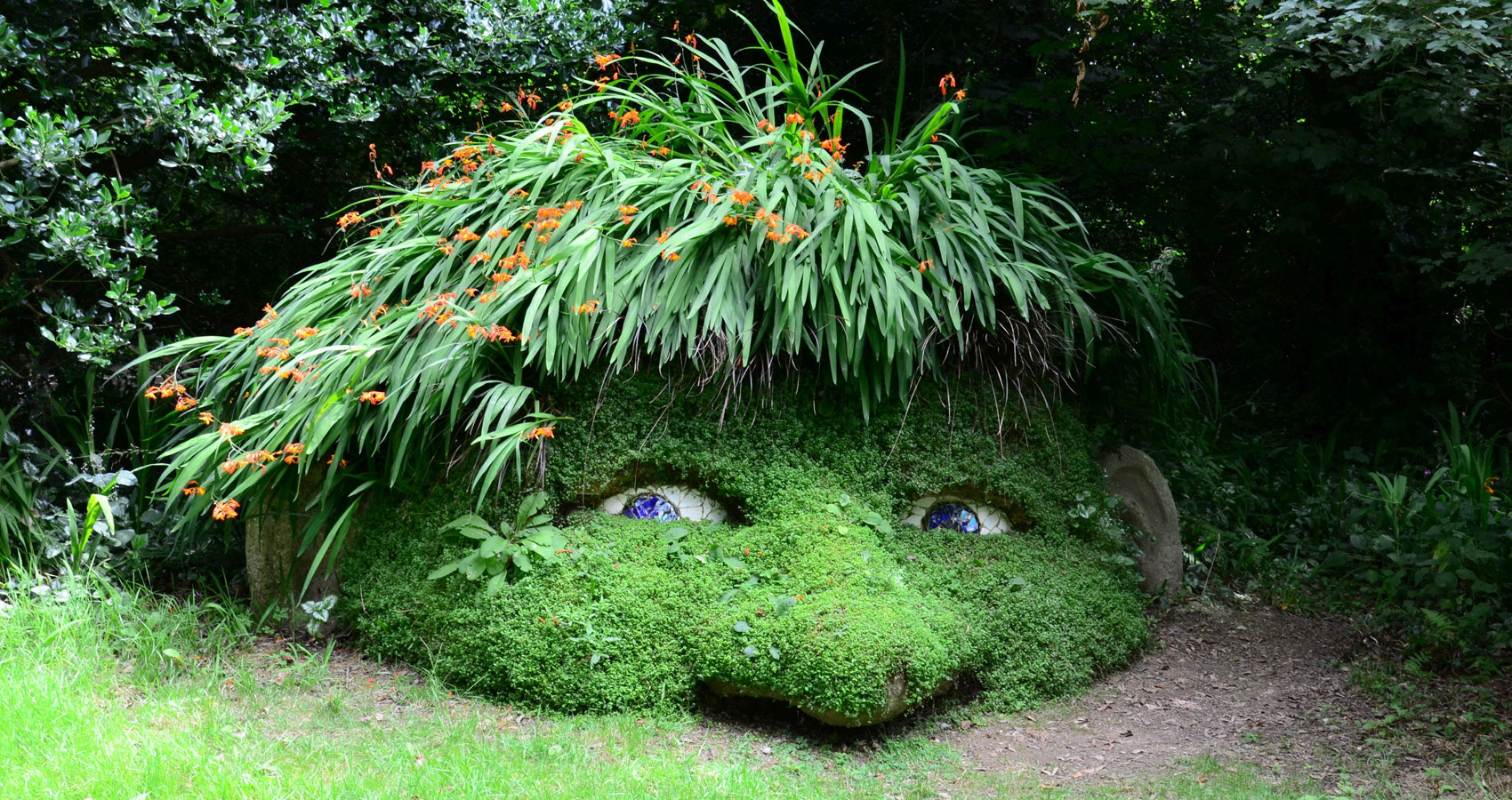 It was rare that anyone saw him
Sleep was what he did best
It seems he was old and a tired Giant
So we should keep very quiet, let him rest!

Most folk saw just a green hill-field
We saw Giant’s Head and Feet
And ogled at that large heaving belly
And wondered when and how we would meet!

So we tiptoed past his Bed in the morning
And ran past it scared late at night
We watched every move, every heaving
That Giant’s bed filled us with fright.

I then moved away from that hillside
Returning years later to bury some kin
Out of curiosity I checked on the “Giant”
Saw nothing but a flat field of green.

My daughter was with me however.
I felt nothing. But as we were leaving
She pulled on my arm in excitement
“Mom-wait! I can hear the giant breathing”