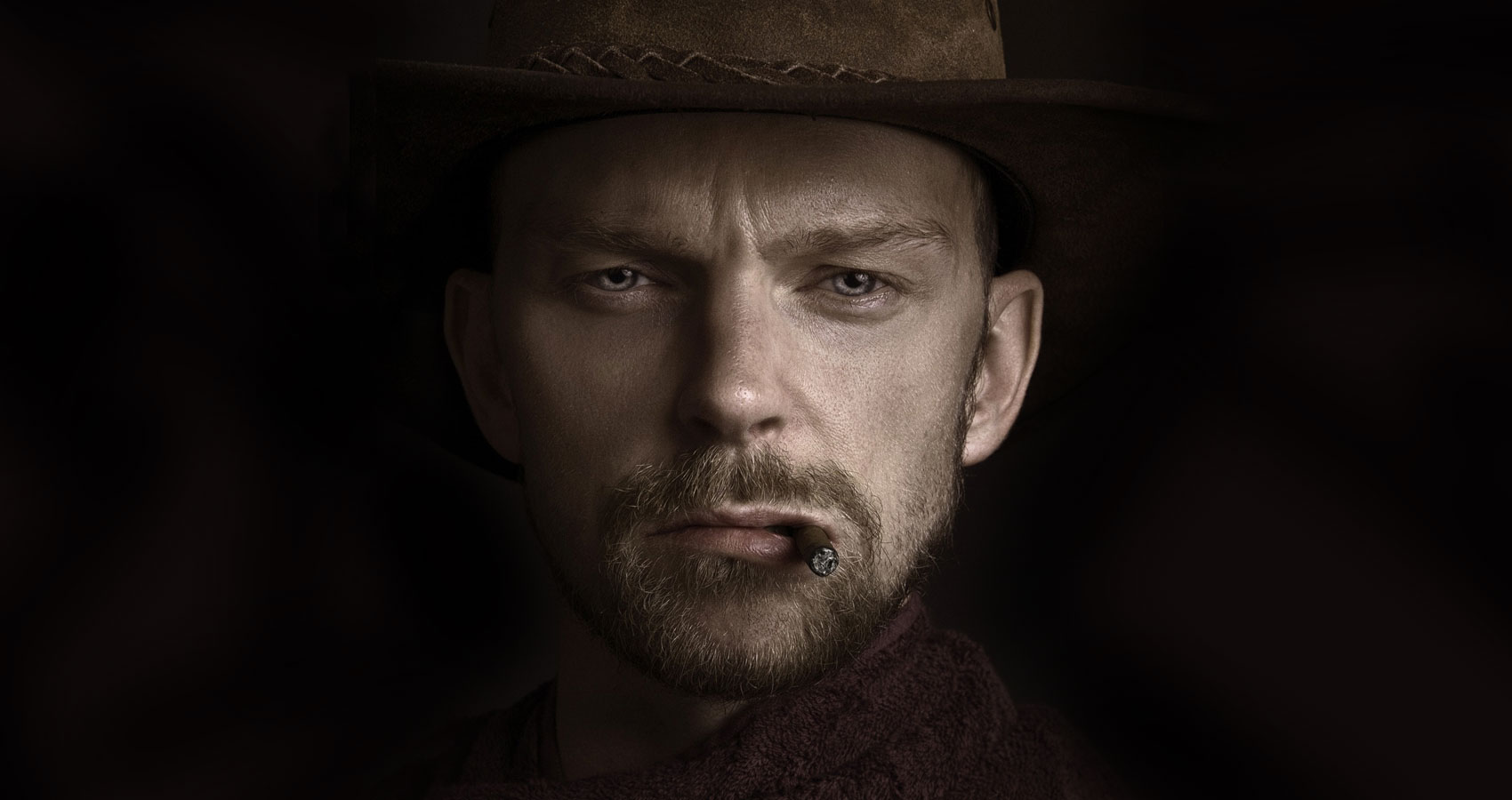 The first sighting he appeared at dusk.
Just stood there, statuesque
on the shoulder of my childhood
lane, upwind of my father’s lover’s house. Outfitted
in black boots, black Levi’s and a black T-shirt
his long wavy hair and long black duster flared out
like terrible wings. He was a vision of virgin androgyny.
Lame in the left leg, his right hand crippled, tenderly
he gestured toward November’s fallow fields
where the image of a stag’s head loomed
there behind him like a halo and desire

became the sinew binding my bones. But then
he began to shift. An evasive self-publishing peer
from graduate school, he forced his way into the old
house on Bent street where the affair began, drank
my father’s whiskey decanter dry and bounced
tennis balls off the walls waking my mother
from her ignorant coma. Out on the street corner
beneath the halogen lamp waning in the dawn
he seized from alcohol poisoning.
I was his savior. After reviving him
I knew he would have to die.

Some nights he arrives as an anonymous General
rattling about in antique armor, girded beneath in black
mail. Perhaps Agamemnon with his captive mistress Cassandra
in tow, searching out his escaped firstborn daughter
Iphigenia to sacrifice again for his fleet’s smooth sailing.
Some nights he wears a black leather vest and Stetson.
He comes as Will Smith, a synthesis of Enemy of the State
And The Wild, Wild West, deliberately
stalking down some deserted street, spurs chinking,
silver pearl-handled Colts drawn, sweetly
singing my name. He is trying to find me.