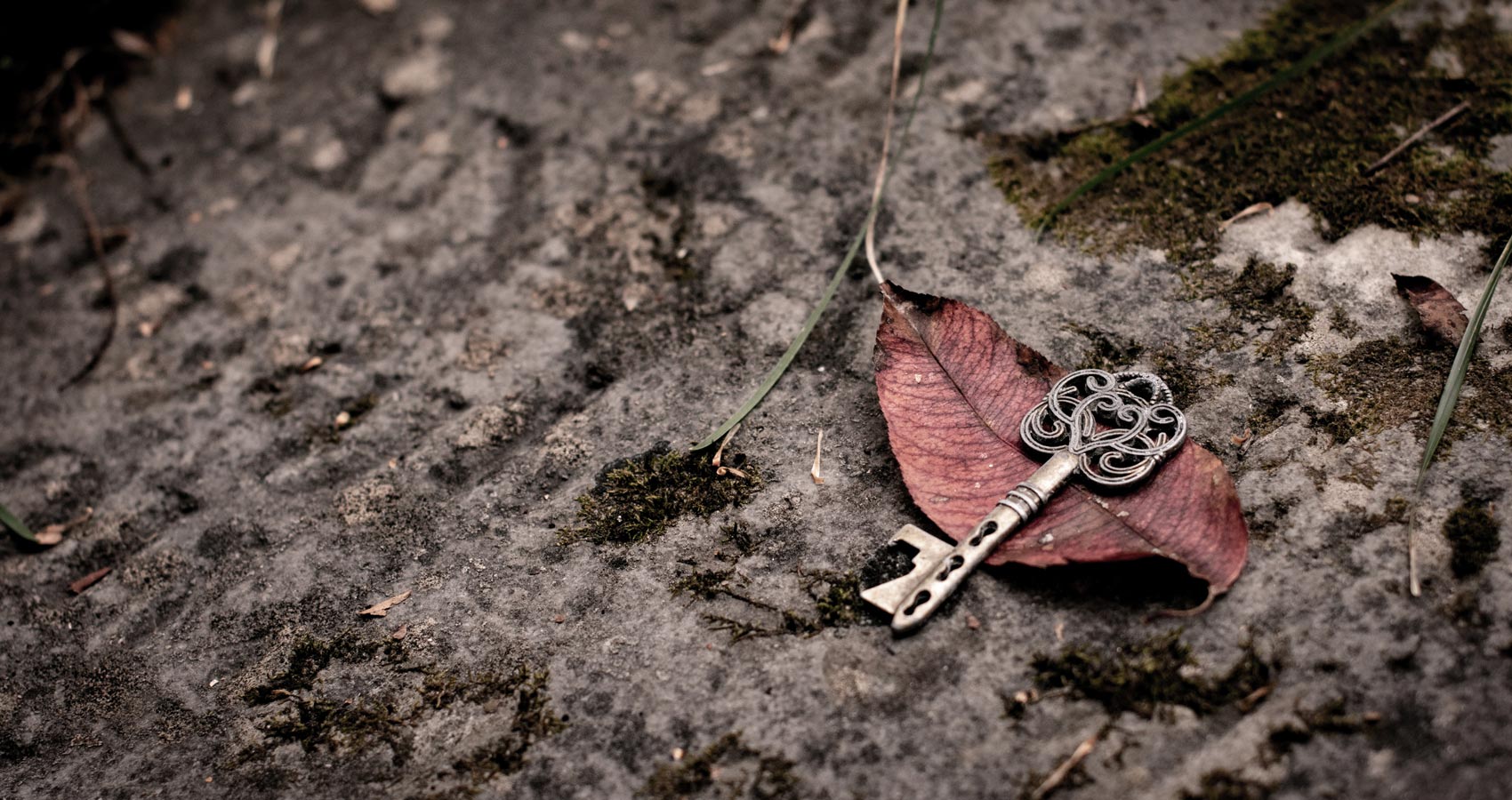 Kicking at the ground while I walked around a vacant lot in the Inner City without purpose, I discovered under leaves, papers, grass clippings and scattered rocks a multitude of bottle caps, cigarette butts, cans, and plastic bottles. Like an amateur Archeologist discovering pieces of a not so ancient civilization and their Socio-Economic status studying discarded and littered clues. My first reaction was the number of littered pieces of their culture was left behind, which caused me to conclude the lot wasn’t as empty or vacant as previously thought. I wondered why I hadn’t found a single used condom since it seems they appear everywhere I go. I developed a hypothesis of a wasteful, apathetic, and selfish culture unconcerned with preserving their habitat.
Then on the ground near an ink pen, green plastic lighter and the skeleton of a pocket comb with missing teeth laid a key. Just a key, I couldn’t see anything special about it at first. You could tell it had been there for a long while from the rust it had collected over the years. Its shine was a bit tarnished, but I could still read the brand name. I dug it out of the dirt, and it left an impression of its shape. I became interested in the type of story the key might tell if it could communicate.
Did someone lose it? Was it thrown away no longer needed? What did it keep locked away?
There wasn’t a key ring with other keys, only the single key.

I was keyless at the time without a key to a house, key to a car, or anything that needed a key. I did however have the key to the highway and the ability to sing in key. I’ve been known to get keyed up. I can still tickle the keys on a piano and type or text on the keyboard. I’ve smuggled Keys of Marijuana (version for Kilo, a unit of weight in the Metric system) from Mexico to the Florida Keys, actually spelled Cayos. I’ve been to Key West where I ate the best Key Lime Pie ever. Who doesn’t enjoy Key Lime Pie? Never keyed a car, although mine has been keyed. I’m without a key to any kind of lock including the key to someone’s heart, which I believe should be a combination lock. My experiences in love and romance have caused me to re-key my heart far too often.

The key to my parents’ house I once found no longer opened the door locks. They had re-keyed them after discovering being robbed of cash, jewelry and other valuable items. I was the key suspect in the thefts due to my drug addiction. They believed I stole the items to fund my habit concluding very few drug addicts kept a steady job or had an income to support their addiction. They never directly accused me but never gave me a new key. My father simply mentioned that I no longer needed one. Truthfully, I didn’t steal the items.

I rubbed the key on my pants leg trying to restore its luster. I held it above my head trying to catch the sunlight’s reflection causing it to sparkle. I had a key once again in my life and wondered if I ever found the lock would it still work? It was then I realized the key does work! It has unlocked memories, thoughts, and ideas from my imagination. I looked at the key in the palm of my hand, wrapped my fingers around it and held it tightly in my fist. Then I threw the damn thing as far as I could. I didn’t need anything screwing up my life any more than it already was.

A couple of weeks later walking through the same lot I noticed the face of a watch without the band. I started to bend down to pick it up but stopped and let it lay where it was. If I retrieved it, I was sure it would turn out to be just wasted time.