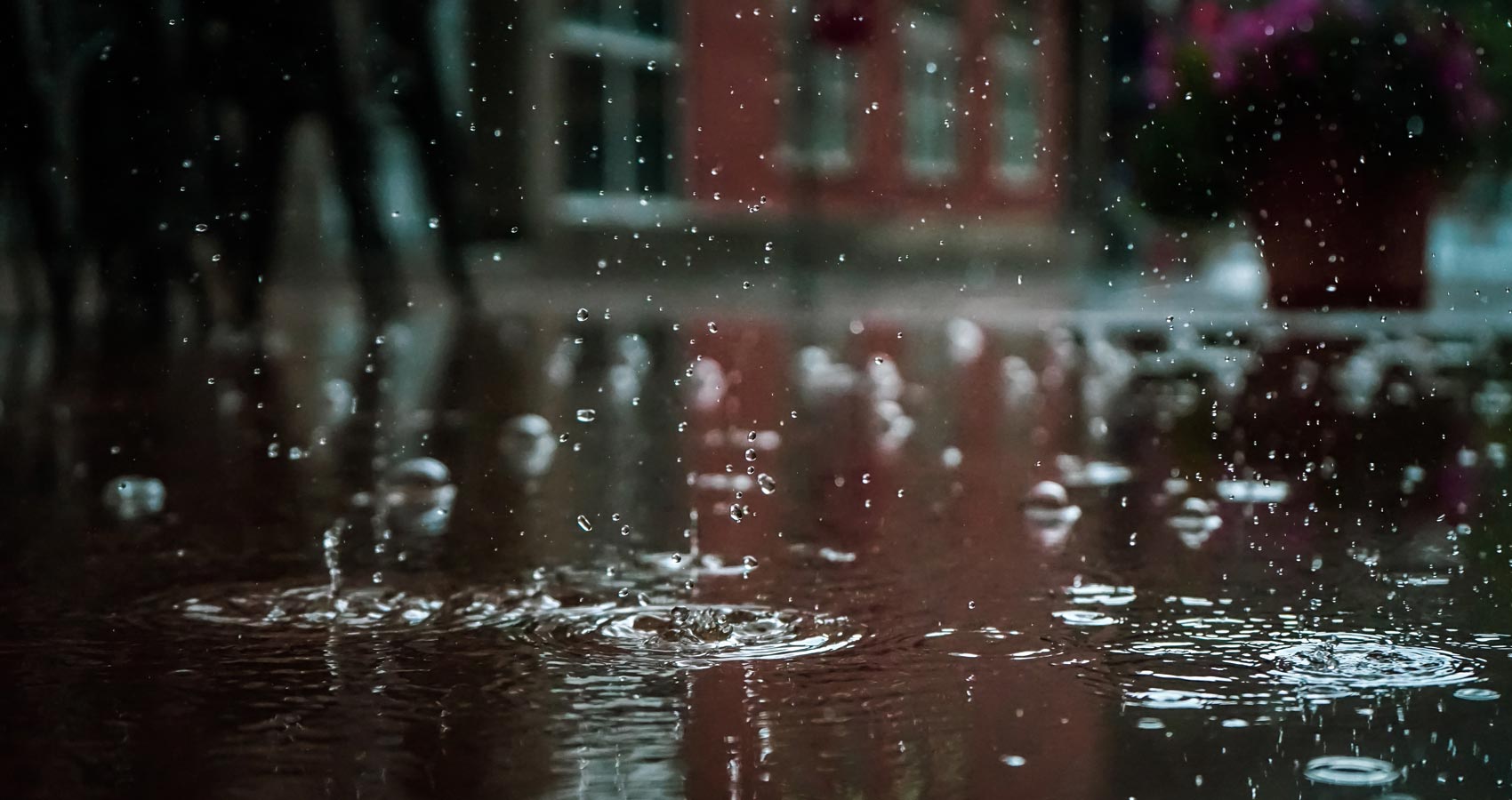 The Meaning of Love

The Meaning of Love

“Rain. It is always raining. Has it ever stopped raining?” Hugh pondered to himself. It was certainly not a peculiar sight to witness the pitter patter of tiny droplets falling onto the double-glazed café window.
Hugh was attempting to write a novel about the true meanings of love. His travels around the European continent had satiated many of his worldly desires, but not the desire that most romantics dreamed about: love. Because this was an experience that he had never discovered, he thought this might give him an impartial outlook to the concept that many authors glorified.
But three days into the process, Hugh found himself castrated from his work. The objective manner in which he had hoped to write this piece may have worked for elementary works on the psychological passages in life, but it was difficult in pinpointing the precise components that revolved around love.
Distressed, Hugh switched off his laptop and took another sip from his coffee. Admitting defeat, he sighed a-loudly to himself. This was the first time in his life that he had ever truly given up. It was strangely appropriate that the rain continued. Had he read about such a scenario in a novel, he would have dismissed the weather as the author’s predictable use of pathetic fallacy.
But this, however, was not fiction. This was reality. If Hugh were to boost up his downtrodden spirits, he would need to find another past time. Maybe he could write something else. This time the topic would revolve a more tangible subject.
Rising to leave the table, he was approached by a smiling waitress. Her pretty eyes seemed to bestow a certain serenity. Hugh had been to the Joyce café on a number of occasions, but he had never bumped into this fine woman before.
“Will that be all, sir?” she asked politely. Hugh admitted that he was finished. “Will I get you the bill, then?” Hugh smiled and said that he would be happy if she did. As she turned, his smile changed into a subdued frown. She wanted him for monetary purposes, nothing else.
He went to pick up his assimilatory objects in order to leave. Upon picking up his computer, he was curtailed by the waitress. Her eyes peered onto the object with an intrigued interest.
“Writing a novel, eh?” she said jokingly. “Aborting a novel, I’m afraid” Hugh replied. The waitress’s eyes changed from their intrigued stare into a more disappointed glare.
“Aborting it?” she asked. “Why would you abort a piece of art?” Hugh was amazed at the interest that the waitress displayed. He thought she would have cared as little for his past times as the next man. His thoughts and pieces had made him appear pretentious to his closest friends and insufferable to the people he disliked the most.
“It did not make sense” he sighed. The girl laughed. “You aborted your work because it did make sense. That is one of the most repugnant things that I have ever heard!”
Hugh was initially taken aback by the bitterness behind the waitress’s comment. “How is that a repugnant statement? When one’s mind is not behind the work, it is futile to attempt anything productive!” The waitress stared at Hugh with an ambivalent grimace.
“The work of a writer seldom makes sense in an intelligible way” she exclaimed. Many of the greatest works have been written without the shrewdest example of a sharp mind. Their brilliance is intact because they were written with a great level of soul and heart. If that is lacking, then the work is completely useless!”
Hugh opened his mouth in order to retort, before he stopped himself. She was right! Her words may have come across viciously, but they still contained a great truth. He smiled in acknowledgment of her great communicative skills.
“That will be two pounds fifty” she claimed. Hugh put his hand in his wallet in order to find some money, but then jolted having changed his mind. “I will have another coffee, madam!” he said cheerily. “Certainly” she replied. “The name’s Gabrielle, by the way!”
Following those words, she walked away from his table. Hugh turned around and saw that the sunlight had traded places with the rain, and it was now incredibly bright. Hugh laughed. This scenario had been too funny. While waiting for the coffee, he restored the Word Document that he had been working on. For some reason, it was now a lot easier to write!