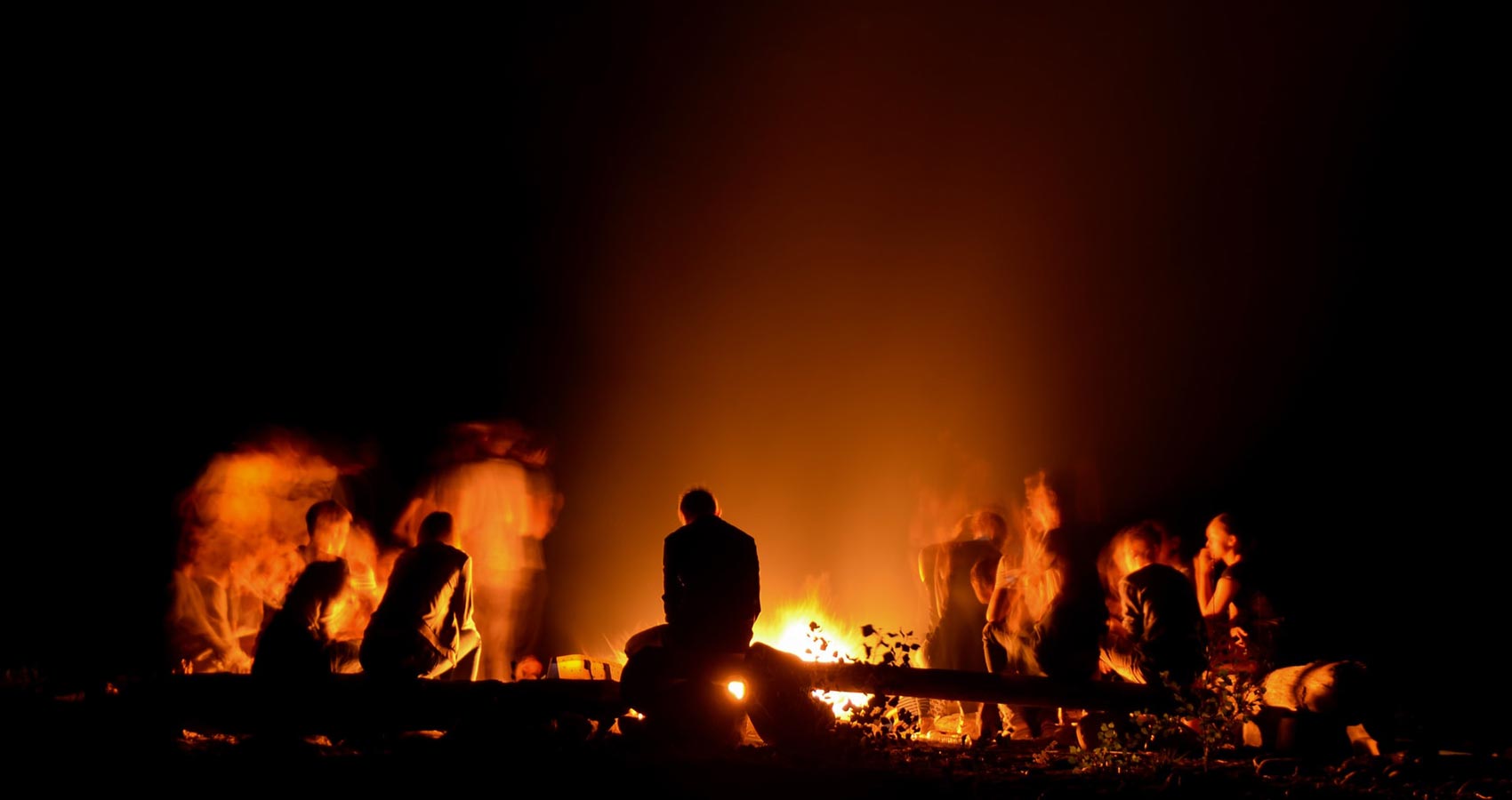 The Music That Remains

The Music That Remains

At the edge of the day, at the end of the world, I sat wondering if I should put together a grief basket. The streets were filled with the milky tears of mothers and men pretending to be God, like a setting for a musical. Words and trumpet music by all the fallen angels.
I made a cross with hair clips on the nightstand in the light from the bloody moon. The littlest I could do hunkered down in my Connecticut colonial was sign my name over and over again–an act of repentance for not paying attention sooner.
Now, many years later, I use the clips to keep my over-long hair out of my eyes and hike to an ancient place. I wonder what the hidden, tender area behind my ear is called as I pick up other people’s masks; they used to be strewn about like questions, and I placed them on the low stone walls that mark the land like wrinkles.
About five years ago, I found a child’s mask abandoned on the trail. It was printed with a cartoon face of a cat, a tiny pink tongue, and whiskers as straight and black as burnt matches. At first, it made me smile, but then it hit me like a stone; I hadn’t seen a child for years, not since Percy and his daughter left to go south, hoping for a kinder climate. She must be about seventeen now if she is still alive. I look at the wall, the paper masks have dissolved, and the ties have curled up like worms after rain on the dirt below. The ones made of cotton still hang on, bleached and fluffy as if they are returning to their original state, but the synthetic ones remain unchanged. I have put a white heart-shaped stone on top of the masks; it nestles like an egg amongst the snags and tangles.
When we had to start rationing food, I turned to this wood, and it has been a saving grace for me. I have foraged nettles and berries here and trapped beavers and squirrels, but maybe more importantly, it made me realize how little I had listened before. The crickets and cicadas shake songs out of their bodies in the spring and summer, and the earth hums. In the dark, the katydids call playground taunts to me, “Katy did; she didn’t; she did,” and the frogs vibrate in a memory of planes. I measure my steps by seasons along a shrunken horizon and appreciate my smallness as a part of this land.
I have laid claim to a grove of maple trees and taught myself how to tap them from a book I found in the abandoned library. At the tail end of winter, I hang buckets to catch all the sap and make a wood fire using a flint someone’s Daddy had from Boy Scouting days. All the matches are long gone. Picking up the buckets that first time, I felt my back would break, but now I carry two at a time. I fill the pans to boil it down and wait for it to reach the proper density; I filter out the sugar-sand through wool into canning jars, all these things I did not know before. Then, finally, I take it home with heavy steps to share with my clan.
After the mutation took more and more people, only a handful of us were left, somehow immune, and we had to band together and pool our resources in an attempt to survive. Once these people and I were only neighbors, we would grin at each other over our white picket fences, put out candy for trick or treating for the kids, and have a celebratory drink at Christmas. In this new world, we have burnt the fences for heat and become a ramshackle extended family, both a trick and a treat of sorts. We would talk about how lucky we were to be living in a small hamlet in Connecticut with farms and a horse rescue center on our doorstep. We have abandoned our brittle colonial homes and set up camp around a stone fire pit. We dragged the stones from one of the walls in the woods. Those of us who could let go of The Before have been able to scratch a living here, and sometimes we even laugh over some homebrew.
Soon it will be time to celebrate the New Year, not on the frigid last night of December but on the vernal equinox when the greenness of new growth is a worthy time to celebrate. This year, we will have a double celebration, a naming ceremony for our newest clan member, the first baby born in our camp.
I remember when snow made people laugh and sing sentimental songs about its magic, but we know there is no poetry in the snow anymore. So tonight, I will come out and pour some of my syrup as a sacrament over the last snow; and call it ice cream. I will share it with the others as we sit by the fire, warming our feet on the stones and bending like saplings towards each other. In the end, it might just be the small things that save us, slurping sweetness under an ocean of stars, heat trapped in a stone, and listening to the song of the cicadas.

Adele Evershed was born in Wales and has lived in Hong Kong and Singapore before settling in Connecticut. Her poetry and prose have been published in several online journals and print anthologies such as Every Day Fiction, Variety Pack, Wales Haiku Journal, Failed Haiku, Grey Sparrow Journal, Monday Night Magazine, Selcouth Station, High Shelf Press, Tofu Ink Arts Press and Shot Glass Journal. She has been recently nominated for The Pushcart Prize for poetry and shortlisted for the Staunch Prize for flash fiction, an international award for thrillers without violence to women. Read more of her work at The Lit Hag.