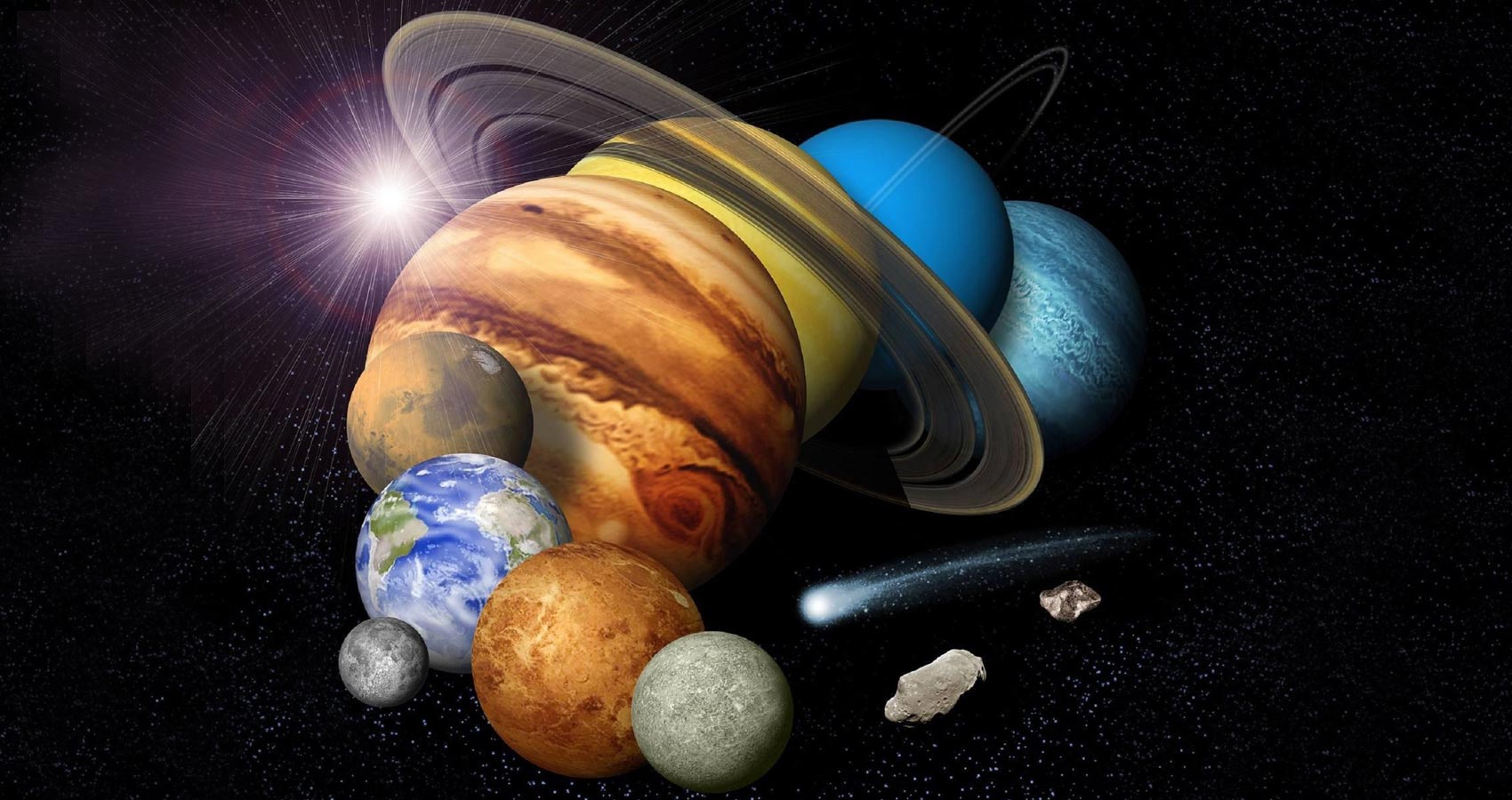 It was a place outside of time, perhaps outside of space as well.
The minds of humankind can only realize the concepts within the bounds evolution currently holds for them, but there is little reason for the realm of imagination to hold to such a standard, thus the beginning of our tale. For the purposes of discourse; even though all these gods held no known pronouns, we shall herein call them “He”, or “She”. Before time, before creation, before concepts like change or adversity, there were gods. One cannot say who these creatures truly were, at heart, or if they knew what it was to have a heart.
There was the first, the oldest. A god-king who called himself “Sol”. Sol was the strongest of them, by many exponents. Sol was certainly the largest of his contemporaries, burning brightly, and bringing light into darkness, the deepest darkness and solitary silence. Sol was a ruler of all knowledge, truth, and brought light and justice to those he called his charges.
There was Mercury, Sol’s messenger.
Mercury delivered the word of Sol to others, because when Sol spoke, it was to punish or destroy. Sol’s fiery temper was feared by all others, and so it became necessary that Mercury communicated his voice to the cosmos around them. Save for Sol himself, Mercury was held in the highest regard for his place at Sol’s right hand; for as the voice of this untempered king who only knew truth, he never lied. As reward for his faithful servitude, Sol gifted Mercury with flaming wings to carry him wherever he was charged to go, that they may light his journey.
There was Venus the Wise, Sol’s wife.
Mother Venus was the Peacemaker and Judge of Sol’s kingdom. Wisest of all the gods, she handed down the judgments of her husband for better or worse, and calmed the disposition of all.
There was Mars, Sol’s general and highest warrior.
Mars was a cold, cruel beast. He brought to this place of the gods a challenge to all who would face Sol in protest. As commander of Sol’s armies, Mars brought to bear the forces of that which made his king thought a monster.
There was Jupiter, the Joyful.
Jupiter was a giant, a spreader of happiness, for everywhere he went there was a party. Gods of every stripe frequented his halls, and even Sol disliked quarreling with him out of any lack of need to do so. Everyone’s friend, Jupiter was once thought to be a king in his own right, but he simply had no wish to rule. Jupiter, or Jove as he often was called could be heard laughing and entertaining wherever he went, as well as from afar.
There was Saturn, the Provider.
Saturn held all the knowledge of creation, which was given to him by Sol. Saturn was a sower of belief in the others. He fed and supplied the armies of Mars; he fueled the continuous parties of Jupiter; he paid tribute to Sol and Mercury. Saturn also stood guard of the colder reaches where Sol’s light touched less and less as the eons waned.
There was Uranus, the Keeper of Secrets; and Neptune, Keeper of the Unknown.
Twin sisters, Uranus and Neptune held those punished by Sol in their icy grasp. Uranus was often called a liar by others. She was the only one Sol permitted to lie, as it was necessary that his judgments be handed down in secrecy for the worst crimes to be punished. She carried out the punishments of Sol from her prison and she ruled in the cold reaches of darkness beyond Sol’s attention, whereas her sister made certain that all mysteries of their domain stayed in the cold, black darkness.
Last, of all there was Pluto, the Guardian of the Dead.
When gods died, (rare as it was), they were sent to be charged with Pluto’s care in the domain he called “The Nether”. This river carried the dead to places anew, where he gave them over to other god-kings or simply allowed them to fade out of existence altogether. In this way, he was something of a partner to the sisters, Uranus and Neptune.
Well, it came to be that the gods called a council to be had to determine if they should bring to bear children to carry their legacies. Sol gathered the gods to his court, except for Pluto, of course. It was decided that he would be needed to care for and watch over the Nether, where he kept the dead.

The Decision
Mercury and Venus opened the court.
They held a calm authority as they spoke to the others, the two of them in unison. “Elder Gods of our court, we address you in the name of Sol.” Venus paused as she considered her next words. “We have ruled this corner of our Universe, but our kind have toiled in war with other Elders from other verses, and even our own kin from other parts of our own verse cannot be trusted.”
Mars sneered at her. “Thus I put down our challengers, did I not? Sent them to Pluto, in the outer Reach?”
He turned to Uranus and Neptune. “How is Pluto, by the way? What are you two doing here, if he is not?”
Uranus hissed, and Neptune placed a hand on her shoulder as she spoke. “Pluto watches over the Dead, and our realm while we represent the darkness at court.”
“Enough,” Venus interjected between the God of War and the Mistresses of Secrecy and Mystery.
“Mars, your position as Sol’s General is never in a contest.”
Mars stood, shaking his fist. “What enemy comes? Show them and I will do it again!”
Mercury turned his face to Mars. “Mars, no enemy comes. We are here to discuss another matter.”
Mars puzzled for a moment and gave a silent nod, then that returned Venus to the court.
“It has been decided by Sol that our kind must bring to bear a legacy, to carry our stories. If the Elder Gods wish it, we will bring to bear children that may show the future generations of the verse who we are…who we once were.”
The gods dispersed, discussing amongst themselves, and finally, after much deliberation, they gathered again in agreement. They all gave a piece of themselves, each of them shaping and combining different pieces to form a thing they decided to call “Terra Nova”.
On this thing they placed life forms, but only in small numbers, that they may grow and learn on their own.

Pluto’s Wrath
It was then that Pluto heard of their decision. Jealous, angry that He was left here alone, hate filled his being and he began to plot.
He first went to the gates of Uranus and Neptune’s prison of secrets. He opened the door, and whispered to what they held there, “Creatures and things within! Come out, come out, for there is deeds foul to be done. Come and play with me!” He loosed upon the verse all the evil the sisters held in chains, freeing it to escape from its bonds. These evils formed great, hungry darkness, charging forth, sucking into its depths all that it found. Pluto followed at a distance and watched eagerly as this beast destroyed all that it overcame.
Sol saw him coming first. A great rage filled him and he began to roar in anger, spinning around, sending out flares of fire and energy as he went. Pluto and the beast of darkness dodged out of the way, and the gathering of the gods was sent into chaos. Uranus and Neptune were cast into the depths of their own realms, where they became wispy ghosts of themselves, hiding in the shadows.
Jupiter was wounded, and sent rolling through space as he gathered gases and dust and rock.
Mars died a warrior’s death, the beast sent him falling onto his own sword.
Venus was killed, burned up in the fires of Sol’s rage.
The beast, in its mindless rollicking through space, had continued on to move for parts unknown.
Sol turned to Pluto, and a great fiery force propelled him back to his own domain, where he stayed reeling in the icy reaches of his realm. But he too left a piece of himself. Death, it seems had been left on the Gods’ creation and became a part of the thing they called “Terra Nova”.
Sol held Mercury responsible, and so in punishment, he took his voice. Sol gathered everyone together and shaped and formed them into planets, so that they may forever stand guard over their creation.
Forever silenced, Mercury turned his face from the rest and stayed at Sol’s side.
The Sol system continued to turn, and Sol nursed Terra Nova, watching as it grew and changed, and the life upon it evolved through the ages.

Hunter North is a writer dedicated to his work as a passion. Other passions include animal rescue, video games, and fanfiction.